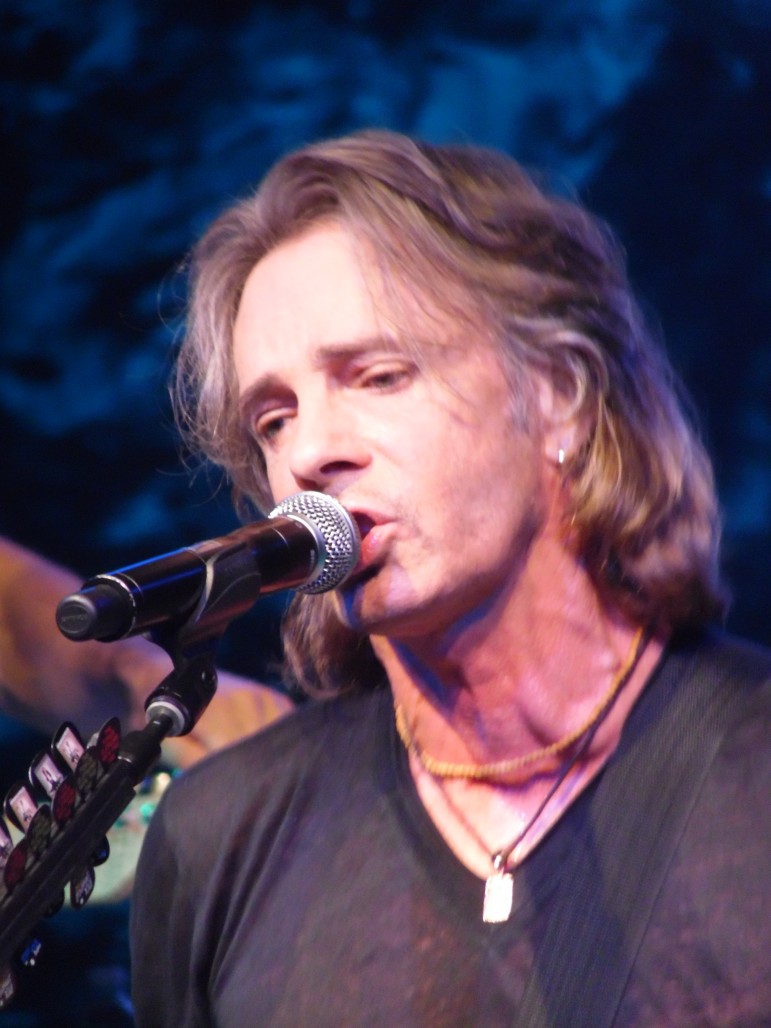 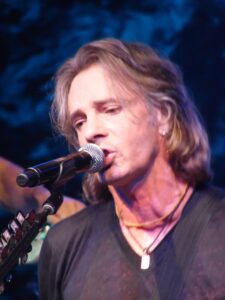 It was more than an affair of the heart as heart throb, Jessie’s Girl legend and iconic master, pop rock singer, songwriter, actor, film sensation and television hero, Rick Springfield touched the entire audience during his performance of his hit song Human Touch….. literally.

The gym wrapped superhero jumped off the stage and climbed through the sold out 3,000 seat venue over chairs, obstructions and raging fans, physically connecting with each and every soul. Thousands of woman and plenty of men vowed never to wash their hands again as they helped the dauntless rocker tackle the mountainous terrain of Westbury’s arena.

Looking as sexy as ever, Springfield pleased the congregation by singing every song they had come to hear and a few covers and new songs that they would have come to hear just the same.

Wearing a tight black tee, and not a muscle out of place, the 70s and 80s legend proudly professed the fact that his 66th birthday had recently passed.  With a gleam in his sparkling green eyes, devilish smile and mischievous attitude, he then coaxed the fans into serenading him with the Happy Birthday Song.

Having just come off of doing newly released film Ricky And The Flash with enchanting actress Meryl Streep, and starring in the HBO program True Detectives, Rick continues to tour constantly. Opening support, The Romantics and Loverboy both deserve their own separate reviews as well.

As a musician, the Australian born Messiah is undoubtedly one of the greatest guitarists alive today. His voice was still clear and powerful and you could be sure he wasn’t lip syncing, because you heard each and every note as he passed by each person, during the largest impromptu meet and greet known in the history of the entertainment industry and mankind.

I have been privileged to have attended many of Rick Springfield’s performances, and have never been disappointed, however, this one raged high above the rest.  I have also been honored to have interviewed him several times and I’ve found him quite brilliant.

There are a few late 70s and 80s rockers that still standout above the rest, that still can bring it, that still have the talent, the animation, the looks, the intrigue, the sex, the whole package and always will. Adam Ant, Billy Idol, Alice Cooper and certainly Rick Springfield!