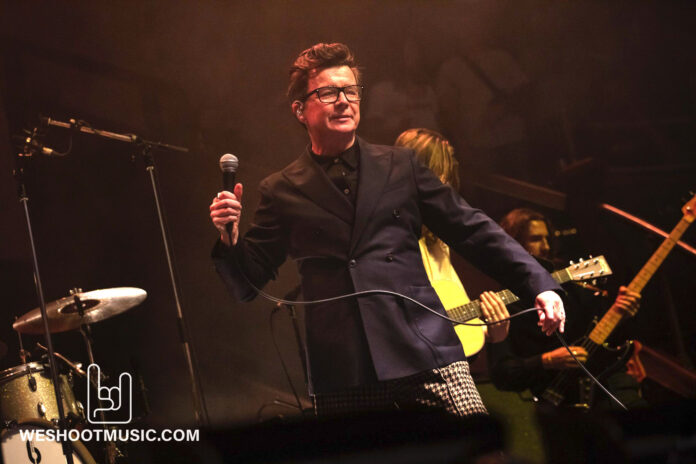 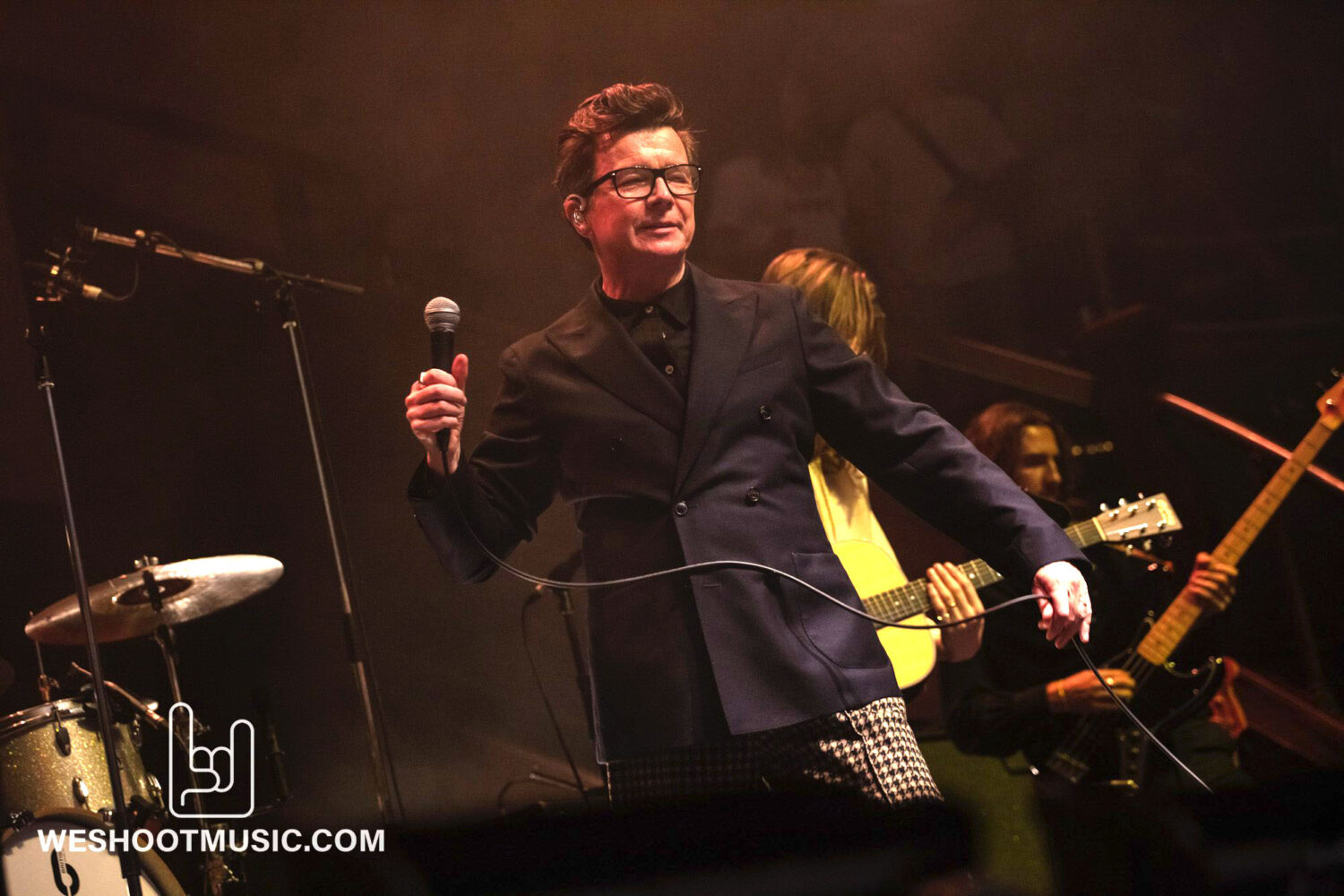 Paul Clarke heads down to Albert Hall, Manchester to review the most controversial gig of the year, the joint collaboration between ’80s pop singer Rick Astley and Stockport’s Blossoms indie band as they thrash out hits from mighty Manchester band The Smiths (whose former singer, interestingly, was watching Echobelly at another gig a couple of hundred yards up the road on the same night).

Ok, let’s get the K word out of the way. Karaoke is defined as singing along to recorded music, so this unlikely collaboration between one of the great British pop voices and possibly the hottest indie act on the planet acting as his band to cover classic tunes by The Smiths, is a million miles away from that. There are loads of pointless Smiths tribute bands out there where a middle-aged man tragically pretends to be Morrissey, backed by a load of blokes who really should be playing covers in a wedding band. You could piss your money away on that tripe, or enjoy this heartfelt love letter to Manchester’s greatest band from a top quality vocalist who grew up with a Smiths-obsessed brother. As Astley notes to a very mixed audience age-wise, that left him ‘no choice’ but to fall in love with them, and the band know full well that if there had been no Morrissey/Marr then Blossoms wouldn’t exist. 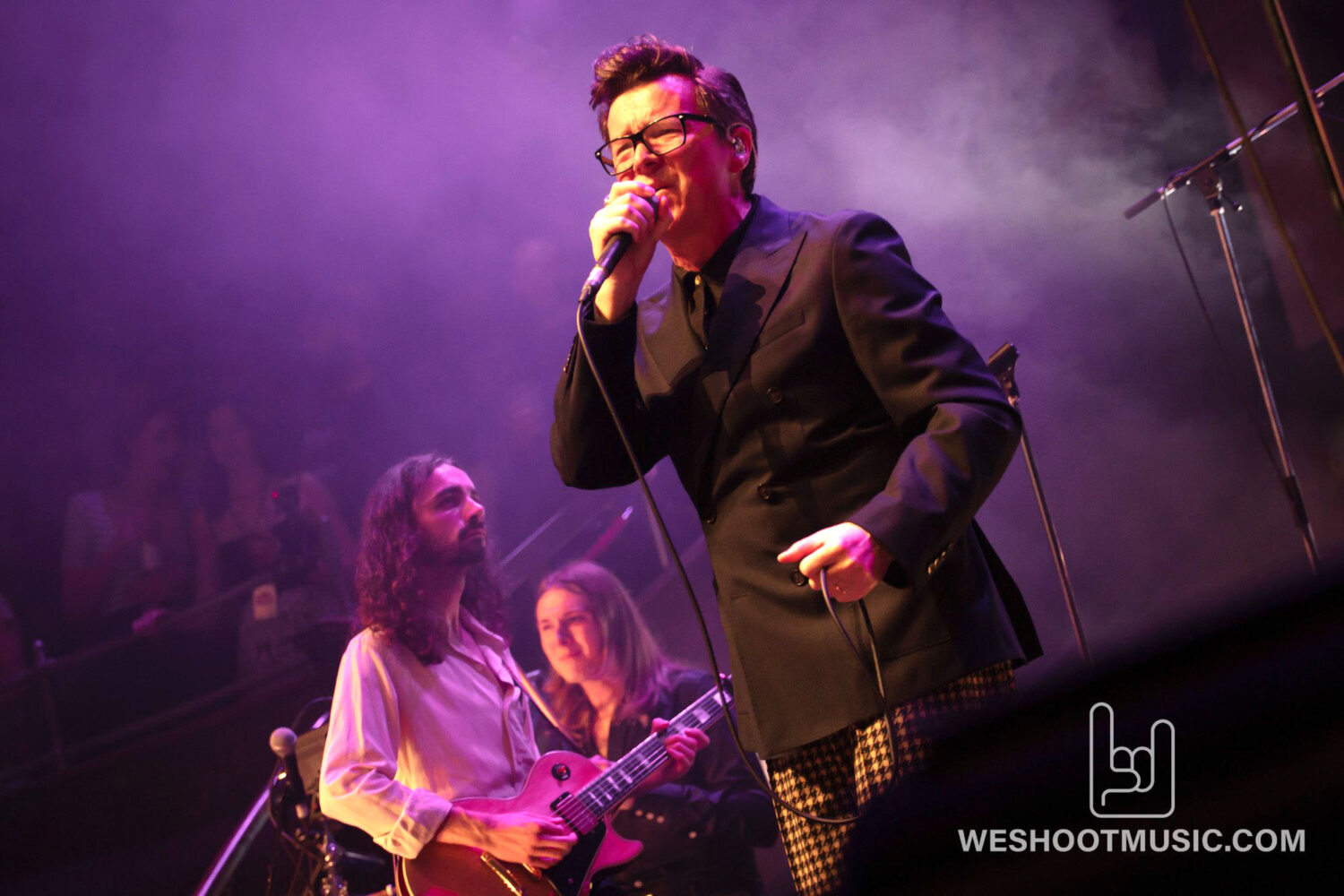 The Coronation Street theme tune blasts out across a very sweaty crowd rammed into every available space as Rick saunters on in a neat blue blazer and baggy tartan slacks, followed by the band who look like he’s recruited his kids to back him. They kick off with What Difference Does It Make?, much to the delight of four lads who can’t have been born when that seminal single was released. They bellow out the words hugging each other in delight, so you can only thank their parents who probably indoctrinated them into the Smiths’ music as they sang along on the school run.

Blossoms deliver the complex Still Ill, and with two guitars – lead guitarist Josh Dewhurst and Tom Ogden mainly on acoustic – you realise this is more Craig Gannon-era Smiths when those extra six strings really beefed up their sound. To his credit, Rick is not doing a Mozzer impersonation so thankfully no bare chest or hearing aids, but what he still shows was a powerful voice with intonations that are more Wigan than Whalley Range as he effortlessly hits the high notes.

The fast opening pace slows down on a delicate Reel Around The Fountain, and Ogden has a go at a verse, but Rick wipes the floor with him vocally. Interestingly, Myles Kellock – who had the idea for this mash up/in-joke that took on a life of its own – adds some keyboards that offer a glimpse of what direction The Smiths might have gone in if they hadn’t imploded. Cemetery Gates rattles by before a punchy Ask, as a mother and her teenage daughter hug each other singing the words to each other. That’s the power of this music, to reach across generations as 55-year old Rick and his young bandmates demonstrate.

Rick does the retro circuit in his day job so knows how to work a crowd, asking ‘are there any mothers in tonight?’ before Some Girls Are Bigger Than Others. The Boy With the Thorn In His Side morphs into Girlfriend In A Coma as the crowd goes wild. Rick is sweating but adamantly refuses to take his blazer off, saying there’s no chance as ‘this is the slimmest band in Britain’, before a sprightly Heaven Knows I’m Miserable Now and an absolutely banging Panic. As people bellow ‘hang the DJ’ to each other, you realise that Blossoms are not just playing the notes in the right order, but their obvious love for the songs infuses new life into them in the same way Johnny Marr has in his solo shows. Charlie Salt’s subtle bass playing and lively drummer Joe Donovan offer a reminder that Andy Rourke and Mike Joyce were the always unsung heroes of The Smiths. William, It Was Really Nothing keeps the pace high before Ogden asked that the lights are dimmed for an ethereal set closing Please, Please, Please Let Me Get What I Want, as a wall of phone lights shine out in a high-tech indie version of holding up a lighter. 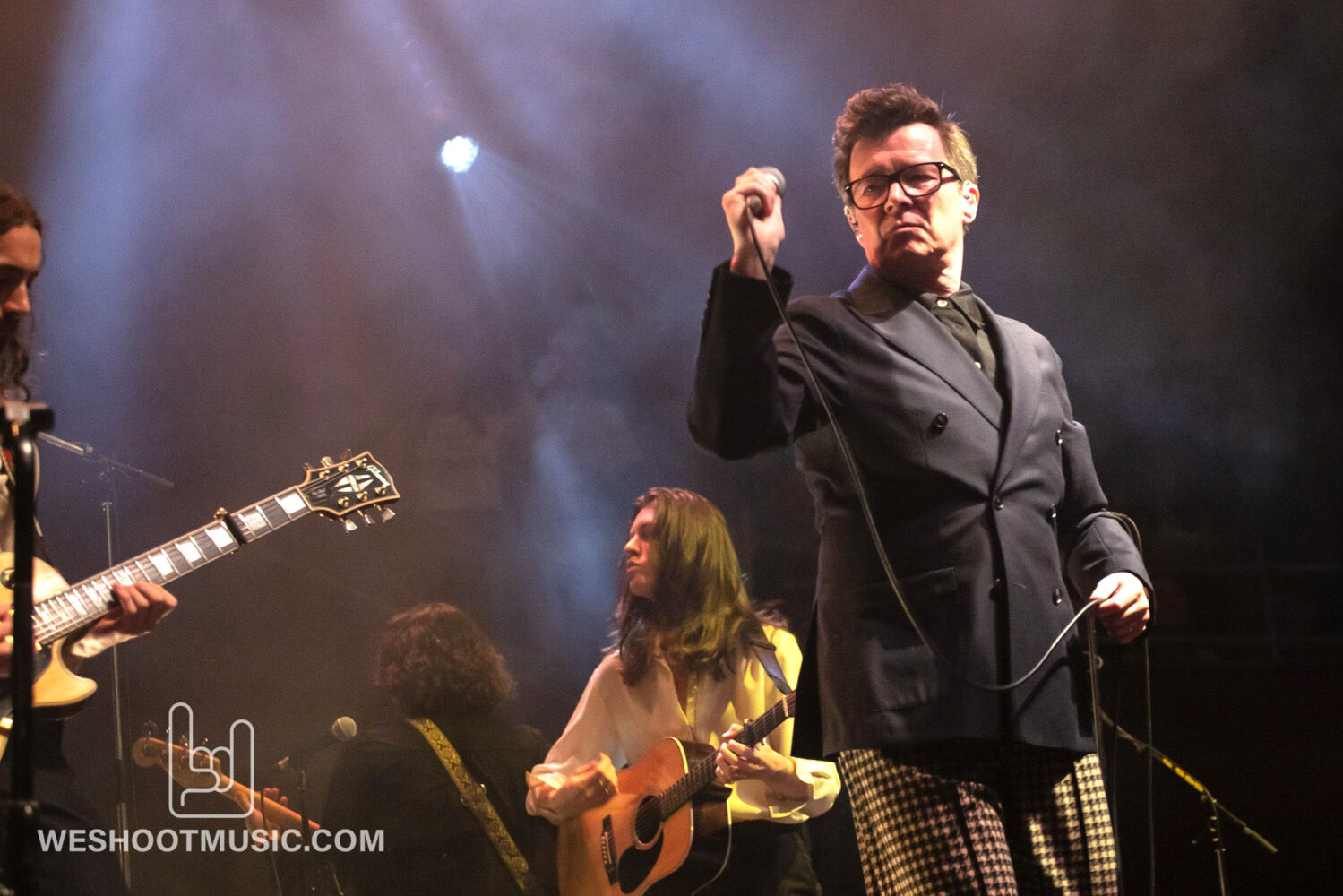 The encore kicks off with the tiresome How Soon is Now? as Rick and the band prove that no matter who does it, in my view it’s still the worst song The Smiths recorded, although Dewhurst nails the complex guitar parts. In direct contrast, This Charming Man remains the best thing The Smiths ever recorded, and they do it justice to the point Rick could have stopped singing, such is the volume of the assembled voices joyfully echoing around the high ceiling of this venue. Some gladioli are brought onstage, but Rick and the band manfully resist the urge to whirl around the stage with them and just throw them out to some grateful punters. Sometimes you can have too much irony, even on a night like this.

There’s a pause when you think they might launch into Never Gonna Give You Up, but thankfully they make the right decision to close on a huge version of There Is a Light That Never Goes Out as the whole place totally goes off, with arms waving in the air everywhere you look. Rick is visibly moved as it’s also a metaphor for his career resurgence deep into middle age.

Johnny Marr previously tweeted that this partnership was ‘funny and horrible at the same time’, and the perceptive guitarist was bang on as they were playing with fire because people love these songs. If Marr had been here he might have offered a wry smile as he was in the right ballpark with his tweet. Unless you are so snobbish about music that all the fun has been sucked out of it, you’d have no soul left not to enjoy watching people revisiting their youth – often next to their kids. Those who turn up just to see Blossoms will undoubtedly go home eager to find out more about the genius of Morrissey and Marr. It shouldn’t have worked, and it should remain a one-off experience, but in an oddly enjoyable way Rick Astley and Blossoms somehow find a way to do justice to some of the greatest songs ever written.

Thanks to Phil Goddard for the photos, Phil can be found at his website here.