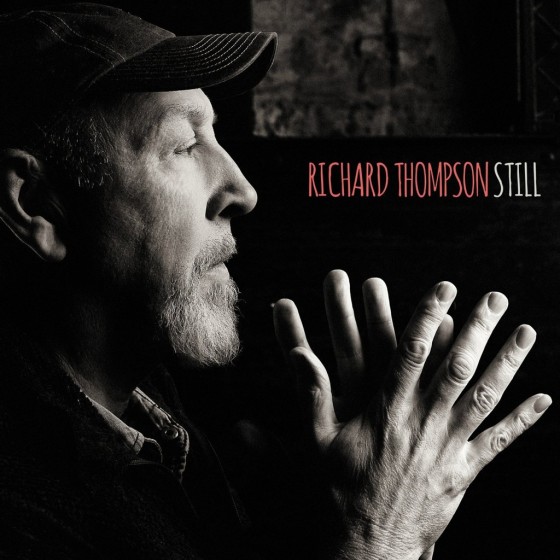 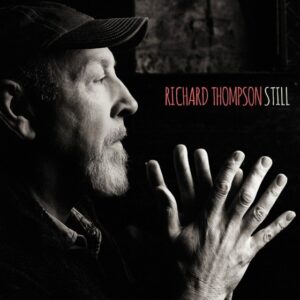 There’s probably not much that hasn’t been said about Richard Thompson. From his teenage Fairport days as part of a band which broke down barriers and paved the way for folk rockers to follow and right up to present day, he’s regularly lauded as being up with the very best of English guitarist / songwriter / musicians. He remains rooted in the routine of regularly touring and recording. Mike Ainscoe checks out his new album ‘Still’.

You might have heard the album via The Guardian’s full stream almost three weeks ago, such is the way of the world these days, even ‘old timers’ like Richard Thompson are embracing the new technology and methods of getting music heard. A long way from the days of records that came out on a release date. Taking the chance to making the most of the contemporary marketing tools of multiple format releases and bonus sets of songs in special editions – incidentally, the latter of which enhances ‘Still’ with a special edition option which includes a CD of five songs from an unreleased session.

We’re at the stage now with Richard Thompson that it’s possible to be losing track of the official number of albums which bear his name. Suffice to say the ambiguity of the current title is particularly apt. He’s gone on record as saying that it’s possibly to be viewed as “Not moving or playing the same old stuff.” Whatever the view, the fact remains that ‘Still’ stands as another album of quality songs. Produced by Mike Tweedy and recorded in a two story rehearsal loft in Chicago over just nine days, the album uses musicians from both Thompson and Tweedy’s bands. The choice of Tweedy was also an attempt to shake up Thompson’s own creative approach to recording. Admittedly, Thompson has admitted that some of the subtleties may be lost to the layman’s ears which may leave the listener with a view that the album is just another Thompson same old.

The flat picking and ringing solo in the opening couple of numbers are comfortingly familiar; ‘She Never Could Resist A Winding Road’ building along to a swinging march and ‘Beatnik Walking’ picking up on the ‘Acoustic Classics’ flavour of 2014. It’s great to hear some more acoustic playing which to many is what Thompson does best. Thompson fans wouldn’t be wrong in knowing pretty much know what you’re going to get, yet it’s more about discovering new routes rather than treading the same old road. A familiar picture for sure with that percussive Fender sound alongside the usual Thompson trademark lyrical content of gallows humour and insight.

Along with the immediacy of ‘All Buttoned Up’ and ‘Long John Silver’ and the verging on new wave punk rock out of ‘No Peace No End’, some songs may require the investment of time and effort to dig into their depths. What does seem to stand out though is that in ‘Still’ we have an album of non showy songs. The humour of ‘Guitar Heroes’ bemoaning the lack of socialising opportunities because “my guitar’s like a woman I gotta treat her right” – he goes on to reference all sorts of licks from the likes of Hank and Chuck before picking up the song again. The hard life of the aspiring guitar hero. It might be autobiographical, yet it might similarly apply to the scores of aspiring guitarists in their bedrooms posing in front of the mirror with a tennis racket or honing the styles of their idols before adding their own idiosyncrasies.

You can always splay the game of taking a sharp scalpel and dissecting the songs to reveal the underlying intricacies. Check out the video clip where Richard talks about the background and in jokes which form part of the lyric of ‘Beatnik Walking’. On the other hand, you can just enjoy some damn good songs, which is what makes Richard Thompson and his music a continual delight.

There’s still an element of being part of the underground yet with a huge following and reputation. Richard Thompson remains true to the label of being the best musician you never heard of.

Listen to ‘Beatnik Walking’ and listen to RT talking about the new album on ABC RN:

~
You can find Richard Thompson online here: richardthompson-music.com. He’s also on Facebook, tweets as @RthompsonMusic and has a YouTube channel.