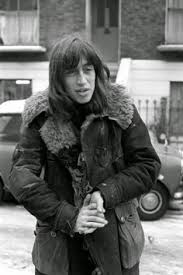 Richard Neville – one of the real heroes of the counter culture and a key face in the sixties/seventuies cultural shift has died at the age of 74.

His cultural high point came with the Oz trials -a six week trial in 1971 when the magazine he founded, Oz, had ended up in the high court after the now famous ‘schoolchildren’ issue when he had invited children to edit an issue of the vanguard counter culture magazine. The resulting trial was for trial for corrupting the morals of children and the high-profile case saw Neville and two other editors – Felix Dennis and Jim Anderson – jailed. They were freed on appeal after a huge public outcry which included a single from John and Yoko and support from John Peel.

The magazine was perhaps the classic sixties publication – brilliant tripped out artwork and challenging the stuffy and hypocritical establishment with a series of articles and ideas that really defined the times and the generational stand off. 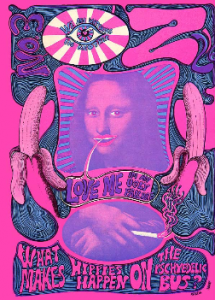 Oz was launched in Sydney on April Fool’s Day in 1963, before Neville took it to the UK.
Known for tackling taboo topics like homosexuality, abortion, police brutality and censorship it sparked the UK’s biggest obscenity trial. The magazine was satirical plus and a perfect reflection of the new ideas swirling around in what are now distant and far more positive times.

many of he freedoms they fought for we know take for granted and their gentle humour and stunning graphics are a perfect time capsule that makes the magazine as important as any of more high profile counter culture icons like the bands.

After the trial the magazine stopped and Richard Neville became a freelance journalist covering the American elections for British newspapers and working as a freelance journalist for the New York Times, the High Times and the Soho News.
He also wrote several books including Play Power and Hippie, Hippie Shake.
He is survived by his wife and two daughters, Lucy and Angelica.