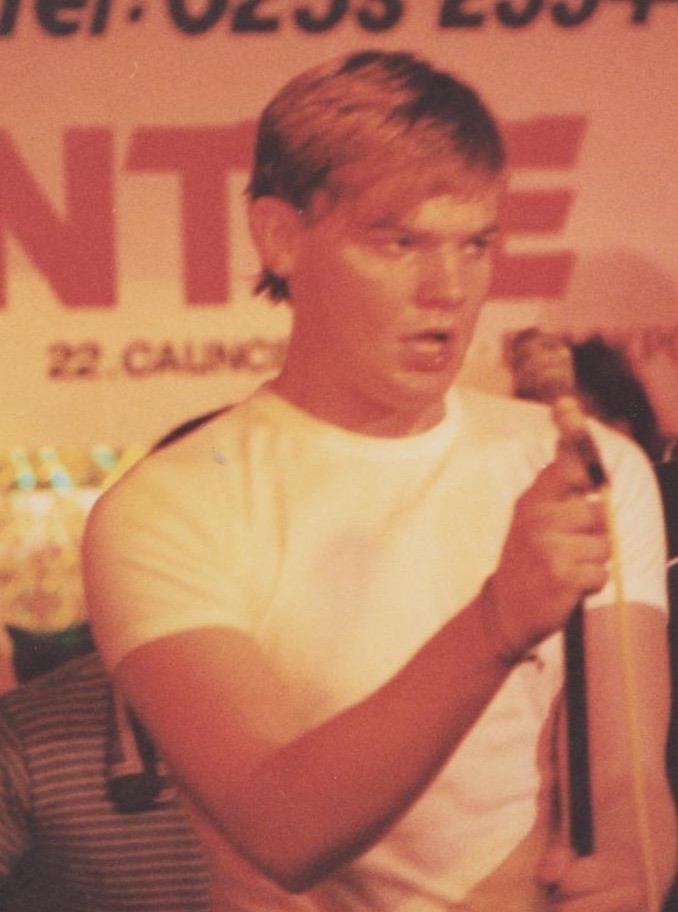 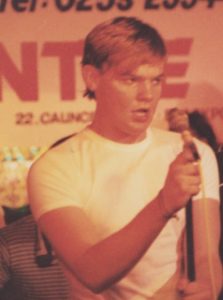 Richard King was the singer in Blackpool based punkabilly band The Zanti Misfits. We were shocked to hear of his death and his former manager and close friend John Bentham wrote this great eulogy to him.

Well, I had seen it coming, but not expected it. It’s was a shock to hear of it, however strong it was, it was hard to know the man who shared so many prominent memories, was no longer going there. It was bloody awful, to say the least, not to be careful to say the least. I just had to stop the vehicle, stop the car. It was tragic.

I met Richard King, in the very early 80s, I’d given over having a rare old thing, given up my band days, not a couple of weeks before, but I was unfolding a useful exercise from Richard King. Not only did he teach me a great deal, about music, which I had no concept of, behind. But the concept of letting the music lead us, and that was it, that was it.

The Zanti Misfitz days, are days that we should not recall, the endless days and nights led into one day called the Queens pub, and we recalled ‘Love Ends At 8’, that moment shaped our comments that maker of video graphic that we were going off at a tangent, headed west. We go to watch for Granada TV, a band held in esteem together, for another ‘Love Ends At 8’, yeah many times the past, but. The Turnpike Cruisers yes they liked all the stops out, ‘I Want To Be Like You’ the first clip which showed the new band, it was good. ‘That Girls Got Mine’ well you know, ‘Devils Car’ which say a bit on Dock Road, I would say, and I daresay ‘Extra Flesh’ had to be the best, nothing less.

It went onto Turnpike TV, which was a six half hour playthings, a bit too maybe for MTV Europe in their very early days, I watch it now, so good points. The Phantom Creeps would have this ‘Head on Backwards’, well you know, he could Rock and roll where ever he could. He became a writer for Jettisoundz (he named the company) and a very good writer he was. I was six months ago, and had many times ago I call in files over and there not all, he did some staggering reviews and clips of things, all give me some time for that, the book. He had a making for films that would get shown; the Screen Edge would get some of the best fifty films on the carpet

I’ve gotta stop, there’s more to life, but is there…

Richard King was a rock & roll movie figure, he was a marvellous person, I could go on and on, but he will not be back.