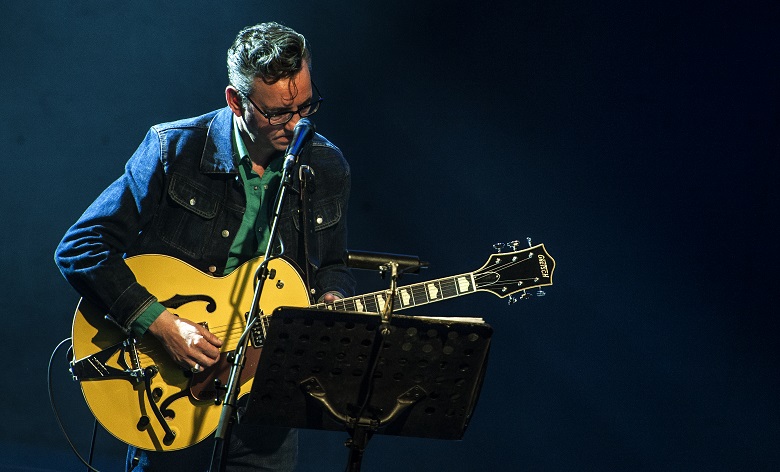 Independent Venue Week continued at Bury Met with what could comfortably be described as a scoop. Two instantly sold out, intimate acoustic  performances from Sheffield’s very own Richard Hawley. You had to be there.

Just follow the arrow on the stage floor pointing to the centre mic that read “Firth Park this way.”  A quick google revealed said locale being, not surprisingly  in the Sheffield vicinity. A mere hop to an area with which he’s familiar for Richard Hawley who after breaking the ice the previous night admitted to being somewhat chilled out. It must be have been the  Sunday evening ambience. 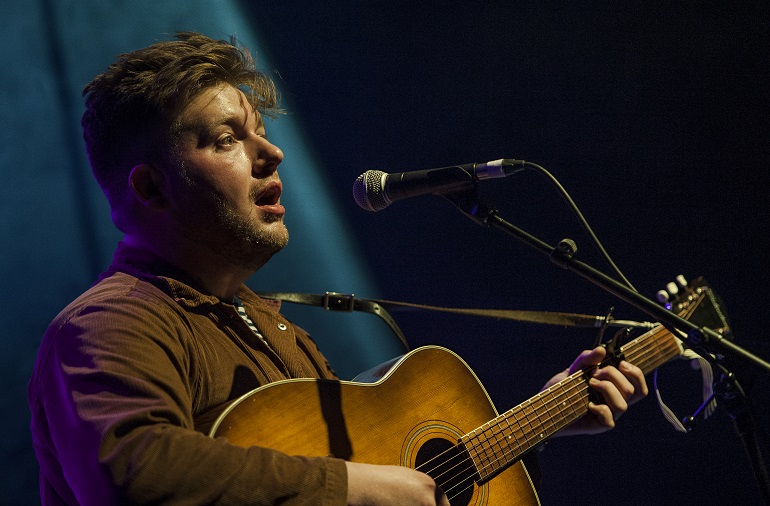 Support over the two nights came from Liam Frost, a local musician associated with the Latchkey Kids and  regular go to support for the local great and the good. An assured little set from the same page as the main man, he’s simply a lucky, right time right place, break that we all need to make that step up the ladder. Just good to see that he’s stuck by his guns playing gigs rather than opting for the TV reality fame route.

Of course it’s always a thrill to be in the same room as Richard Hawley, with his band or in this case, on his own; exposed with nowhere to hide. Yet that’s the added bonus of a format with which he’s becoming increasingly familiar as he admitted to Louder in an interview prior to his Three Ring Circus jaunt towards the end of 2017. Always on the lookout to do something different to keep things interesting for him – “when you’re bored, your audience is bored too” is a phrase that sticks in the mind. Not that you could accuse Hawley of being boring. Anything but, which is why when one fan, familiar with one of the intro stories, blurts out a punch line, you don’t mind it when he says “you might know it but these other fuckers don’t.” 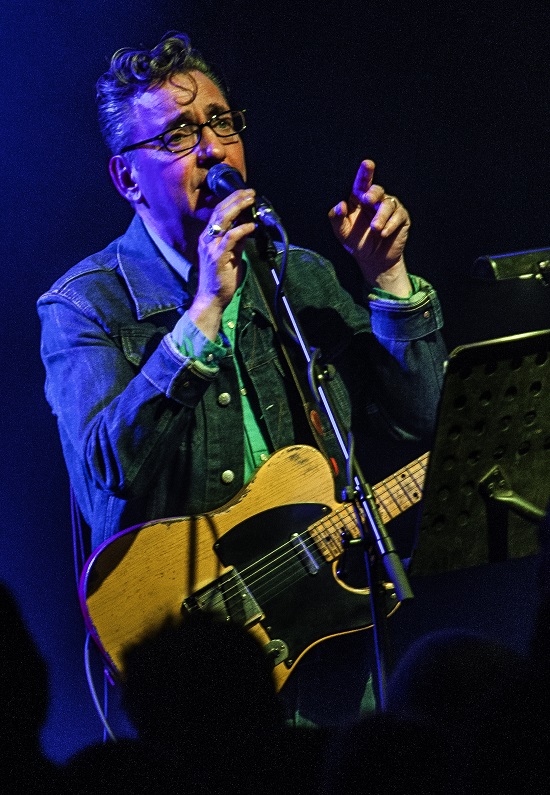 Of course, much of the familiar was there. The notion that it says Richard Hawley on the ticket – “but we’re a heavy metal supergroup” –regular sidekick, Shez Sheridan by his side; the man he often calls his brother and one readily acknowledged with a vociferous welcome from the crowd. Joined occasionally too by Clive Mellor belting out some delicious lines on harmonica and the story of their meeting – involving drinking in the Castle Hotel in Manchester and hijacking a subsequent radio session as well as berate his long suffering manager – possibly worth a dedicated track of its own on any bootleg (or what we now call ‘field’ or OAM)  recording of the evening (thank you dimeadozen…).

It remains on of life’s mysteries how that  droll Yorkshire brogue converts to the velvety rich tones that coat the songs with an all enveloping warmth  – what someone described once as “the sound of falling in love.”  And while he croons deeply personal songs written for his wife and his daughter and songs for couples (of which there were plenty in attendance)  to ignite a spark or two, there’s also a darkness, an iron fist in a velvet glove, with the ‘eyes wide, white lines’ of Remorse Code encased in a gently undulating  groove that belies the bite of the lyrical  content.  There’s also an added despondency to Standing At The Sky’s Edge – the act of a desperate man recalling Dylan’s Hollis Brown – played out in an atmosphere created by just two guitars and a certain ambience which heightens and tops any electric version. The antidote to the friendlier country vibe of Ashes On The Fire and the choice picks from the catalogue that don  the acoustic coat favourably.  Never anything less than a pure joy, if this is what Independent  Venue Week brings in, long may it run.