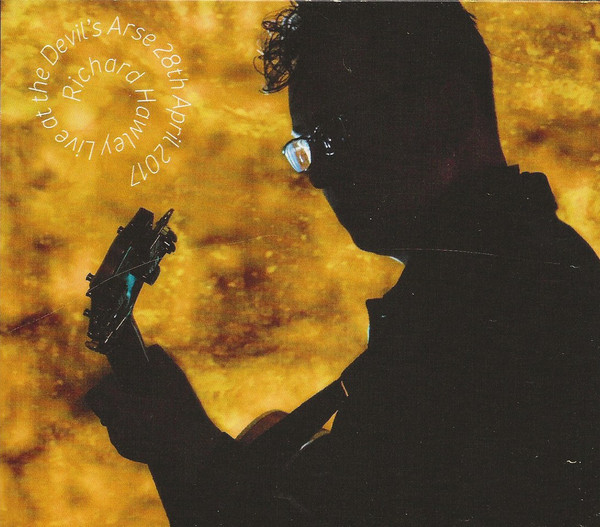 “Welcome once again to The Devil’s Arse.” How could we ignore an album with such a title as Sheffield’s Richard Hawley dons his thermal layers, spruces up his vocal cords of velvet and returns to the scene of his 2008 triumph.

Before he plays a note we get, “It’s fucking freezing innit!” Standard Hawley  as he dons several layers and offers the first of several observations on the cooling qualities of cave structures. Later there’s a reference to his experiences of the Devil’s Arse as a youngster  when the short spell of relief from hot Summer days lasted just a few moments before  your “balls would shrink to the size of peas.”

It might be a guitar technicians nightmare trying to keep things in tune in a cold cave, especially Shez Sheridan’s 12 string guitar,  but the Hawley  rich tones go some way to warming  the air as he and his band go the extra mile to deliver an ice thawing set to reward the hardy souls who’ve pledged themselves to a night of classy music in a striking and atmospheric venue.

Backed by the second guitar of Sheridan and Jon Trier’s keyboards with the occasional appearance from the harmonica of Clive Mellor who’s been a regular accompanist on some of his stripped back gigs, LHN manage a clean capture of a special gig in circumstances that might prove challenging. There are none of the deep and flatulent echoes created by the gurgling streams that give the location its name and then  you can always capture the full feel of the gig by turning off the heating and awaiting a really cold day before lowering the needle onto the vinyl copy that the Hawley timbres richly deserve.

One thing that’s not edited is  the famous Hawley South Yorkshire dryness … and insults; a prime example:  “This one’s for everyone who voted for Brexit. Well done.”…. ”Dickheads.” And then there’s the music which as expected, is to die for.  Rather than the full electric blast of the full band, the emphasis is on the delicacy and feel of re-polished gems from the catalogue. There’s plenty of contrast with  the atmospheric Leave Your Body Behind You that trips from its regular outings as a psych blow out to a slow brooding cloud with the bright and breezy Just Like The Rain and then the round the fire cowboy singalong of Ashes On The Fire.

At heart though, he’s a sentimental old sod – For Your Lover Give Some Time is dedicated  his wife and encoring with the first song his dad taught him, Son Of A Gun, given a rich reading. Stand out moments? The ever ominous Standing At The Sky’s Edge even in stripped back acoustic form is a daunting prospect and then the four musician combining on Nothing Like A Friend; surely lovers in the audience would have been embracing and smooching slowly.

Richard’s talked to us at LTW in the past about keeping things interesting. It’s why he sets off on the hair raising jaunt that is the Three Ring Circus and the occasional trip to the Devil’s Arse plays its part. The most recent venue that could claim to the title first  given to Liverpool’s  Cavern Club – the best of cellars, and like The Beatles in Liverpool, Richard Hawley can lay claim to being the most notable performer.

Listen to Remorse Code from the album  here: