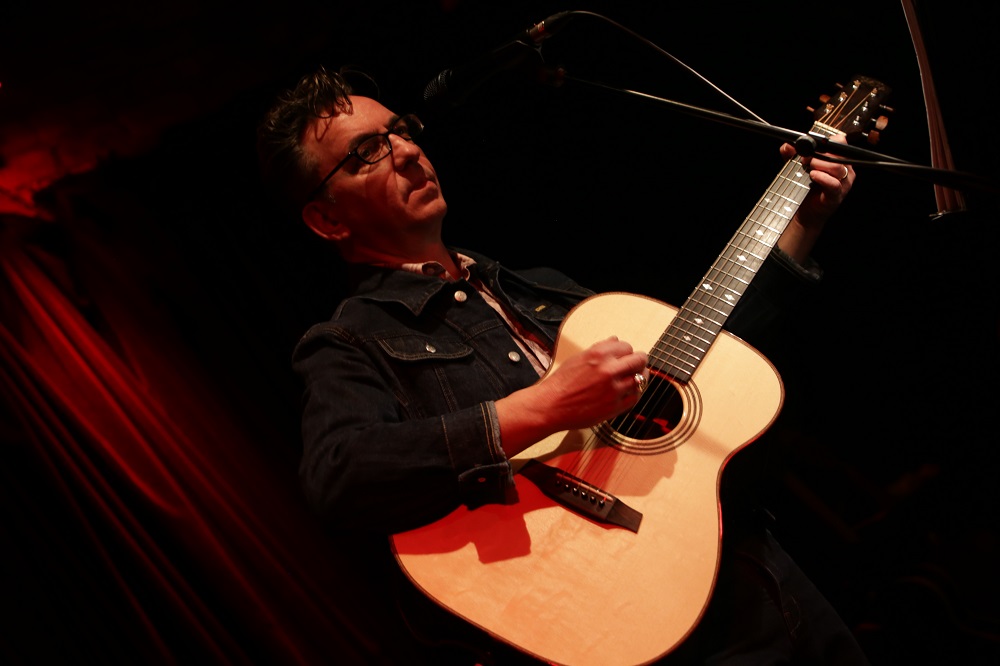 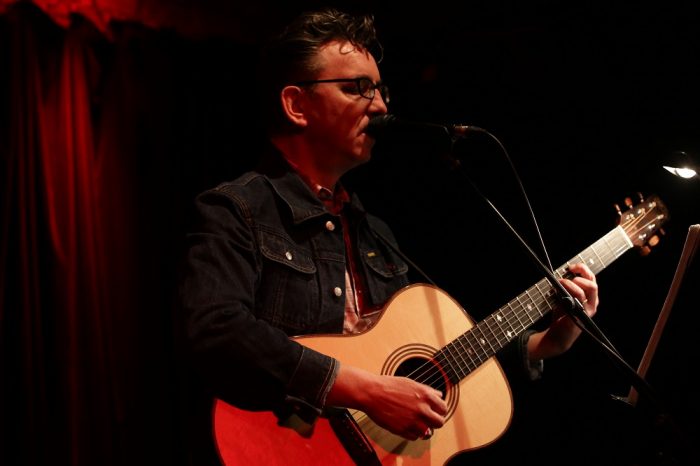 ‘You must be minted you lot.’

This was Richard Hawley’s frank appraisal of the small minority of dickheads who were talking through his intimate acoustic gig despite being warned by the venue management to be quiet during the songs and show some respect.

Hawley was right to pull up clowns who had spent £25 just to have a vacuous chat with their mates, and ruin the night for everyone else, but it worked and they shut the fuck up. Maybe other artists should take a leaf out of his book, although the Sheffield singer is a pretty intimidating figure who does not suffer fools gladly.

The irony is Hawley has become one of our most gifted and sensitive songwriters peppering this independent Venue Week gig with songs of great beauty that are always enhanced by his superlative guitar playing. The Streets Are Ours is a prime example as Hawley’s rich baritone is underpinned by his subtle acoustic picking accompanied by his mate Shez Sheridan on 12 string acoustic. It could have boring, but was transcendent, and the older audience just lapped it up.

The other great thing about Hawley is that he is a natural raconteur so he muses about the last time he played Hebden Bridge at the local cinema where they forgot to get a licence so the audience was wandering round with cups of tea. Hawley is horrified to recall that when he went to get a post gig pint he was offered a tea bag.

Hawley admits to cheating a bit as this was billed as an acoustic gig,  but he pulls out a classic vintage semi-acoustic electric guitar and proceeds to quietly burn an epic Don’t Stare At The Sun up with some staggering fretwork. He really is one of our best guitarists,  and to see it in such a small space is a rare privilege. He even gets down with the kids introducing what he describes as ‘banging beats’ through a primitive drum machine for Nothing Like a Friend, with plenty of twanging on his electric.

Beneath all the swearing and bluster, Hawley is a firm family man telling a ribald story of how he wrote For Your Lover for his wife of 27 years as he jokingly says he was desperate for a shag, but after playing it to her she was more interested in what they were having for tea. You suspect Mrs Hawley is amused by the story, but it is a perfect way to introduce one of his most tender tunes.

The mainly local crowd who had clearly shelled out for babysitters were making the most of their rare outing getting pretty vocal as a bemused singer graciously turned down the offer of a night in a hotel room – which seemed a bit forward – and was utterly mystified when another fan shouted that he wanted him to cover Sir Cliff’s Living Doll.

Hawley loves pub life so it seem natural that he would meet harmonica player Clive Mellor over a drink. The harmonica is usually a godawful distraction, but Mellor is a really sharp player as his tuneful blowing added some depth to Just Like The Rain.

There was a touching moment when this bluff Yorkshireman revealed how broken up he was when his daughter finally left home. His only response was to write What Love Means, which might have been dedicated to his child, but the pain he felt struck a chord with every dad in the house – always the mark of a great lyric.

Anyone who listened to Hawley on the radio knows he’s a walking encyclopedia of obscure American Rock’n’ Roll so it seems natural to end covering the classic Son Of A Gun. It is a tribute to his standing with the rocker community that he mentioned he had worked with Lee Hazelwood who wrote the tune and Duane Eddy who supplied the guitar break that Hawley nonchalantly nails to close the set.

Quality songwriters Like Richard Hawley will always find a hardcore audience, and this gig sold out in eight minutes, but the love in this room tonight only proves that he well on his way to being a national treasure.

All words and images by Paul Clarke. Read more from Paul on Louder Than War in his author archive.