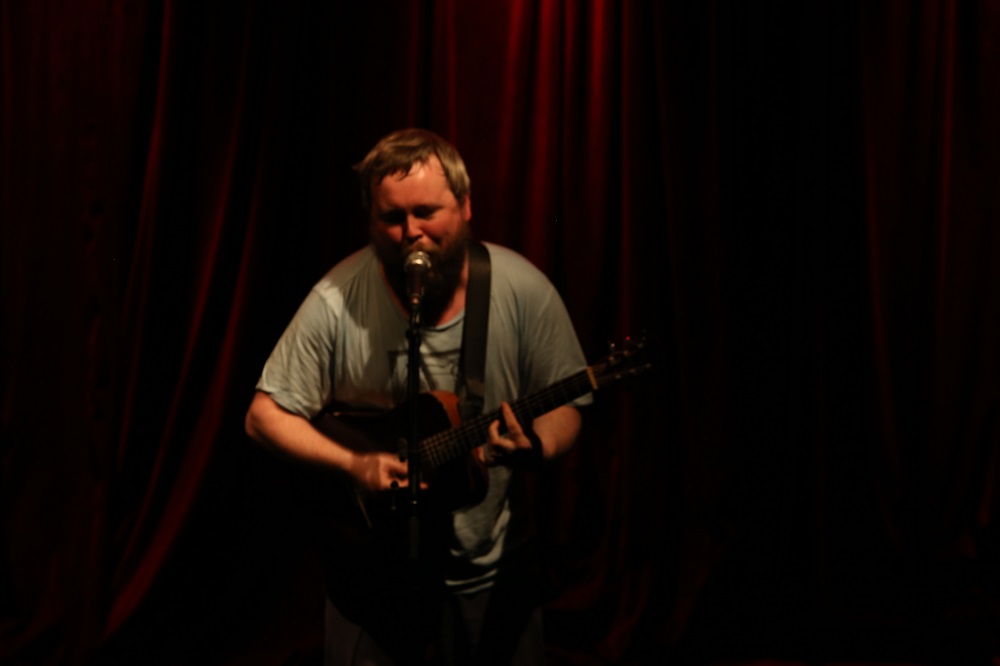 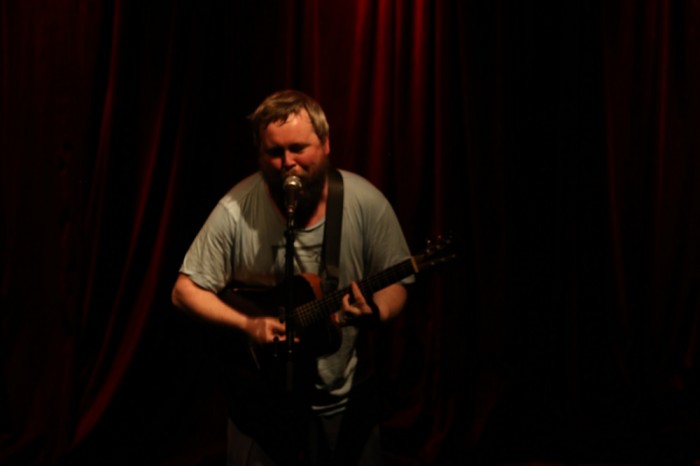 The critics love Richard Dawson – but there has always been a faint air of the ramshackle about him – so Paul Clarke wondered if despite all the plaudits could the affable Geordie cut it live?

Some acts have all the critics falling over themselves to love them, and Richard Dawson is one of these lucky artists, which is all well and good, but can he deliver in front of a paying audience?

The answer is yes, he can, and in spades. Even in an intimate venue like the Trades it take some balls to kick off with two unaccompanied folk classics about sheep. Dawson has a powerful voice well suited to this old school style of singing that included a mighty cover of a song by folk legend Fred Jordan he picked up off a Topic Records track his mate had lent him.

What makes Dawson utterly unique is he takes folk in its myriad forms, and gives it a twist of improvisation and vocal intensity informed by a whole range of non-traditional influences, like his self-confessed love of Iron Maiden, that no-one in the growing folk revival world can match.

The other thing that is surprising about Dawson – who is clearly a bit eccentric – is how relaxed he is on stage to the point he could do stand up. He generates real belly laughs particularly when he wishes his mum had been as supportive when he ‘fucked up’ his A levels as she clearly is of  his current more successful career.

He also notes that if all us go home and listen to the whole of Diana Ross’ Reflections album then his gig will not have been a total waste of time. Good tip mate.

Then he is straight into a version of Shirley Collins’ classic Geordie telling the typically dark tale of a common man being hanged for poaching a deer to feed his family. Dawson says he was only attracted to the track because as a proud Geordie he hoped it would mention Alan Shearer, but he got over his disappointment at that omission throwing everything in with a totally unguarded vocal performance that really gets to heart of this tragic tale.

Dawson still uses the first guitar he ever bought and the sounds he at times literally wrestles out of it, with no effects pedals, are stunning especially when he launches into an impromptu free jazz/metal solo that shouldn’t have worked, but so did. Lazy critics suggest he is influenced by the Sufi tradition, but there’s deep echoes of Davey Graham in his work.

The affable Geordie is not just a covers artist and he closes the show with an incendiary version of The Vile Stuff from his last album Nothing Important. It is a funny and moving chronicle of a disastrous year 7 school trip to Featherstone Castle where Dawson pierced his hand with a screwdriver attempting to open up a coconut.

This deeply personal narrative, which is like a twisted North East version of Tangled Up In Blue, has Dawson virtually screaming out the words as he bashes his guitar in some sort of catharsis that leaves him too spent to do an encore.

You are left with the faint suspicion that Dawson is a fragile creature who on another night might not be so great, but here he proved that for once all the critics are dead right – he is an off the wall legend who can cut it live.