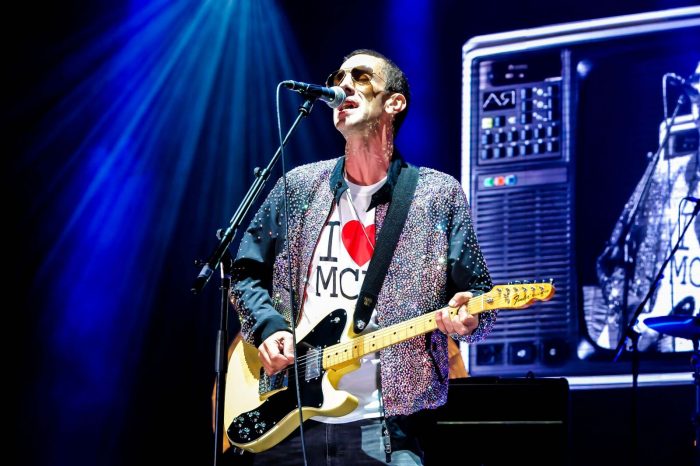 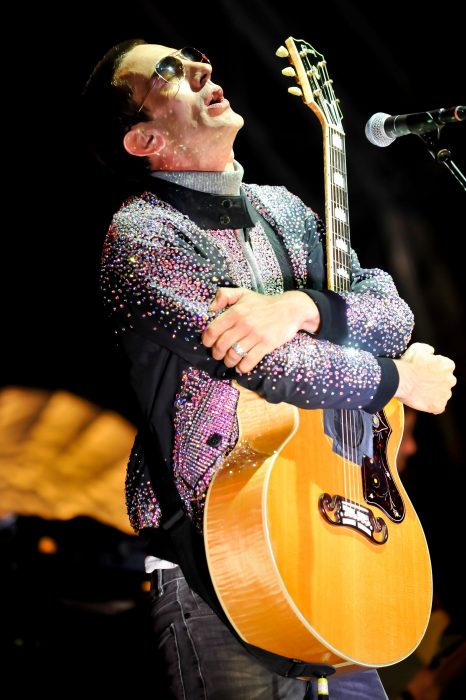 There are so many appropriate tag-lines that I could’ve used to begin this review— ‘Break the Night with Colour’ and ‘Music is Power’, would have been glaringly obvious choices. But, at the same time, when Richard Ashcroft sings, ‘now I’m trying to tell you about my life, but my tongue is twisted man, more dead than alive’ in “Velvet Morning”, it is these lyrics that stand out in the way that they somehow encapsulate the failure of words to comprehend the highs and lows of the human experience— for me, it this acknowledgement of the futility of language from which Ashcroft’s music derives its utterly spellbinding poignancy. Richard Ashcroft has always had this unique ability to capture the complex nature of the human experience in a way that simply evades many modern artists— where the words of others fail, his music speaks directly to the soul in ways that can only be compared to religious awakenings. If we’re living in a world where attending a gig feels like an individual act of defiance then, last night it felt as though Castlefield Bowl itself became the beating heart of the city, as Richard Ashcroft kicked off Manchester’s ‘Sounds of the City’ in truly triumphant style.

Donning a sequined mirrorball jacket with an ‘I love MCR’ tee-shirt beneath, Ashcroft almost cut a Christ-like figure, appearing to radiate light from centre-stage as the stage-lights reflected off his uncharacteristically flamboyant threads. Beginning the evening with electro-pop stomper ‘Out of my Body’, from his most recent album ‘These People’, it was clear that despite the absence of a cagoule and his trademark shaggy hair, this shake-up of Ashcroft’s image seemed to have brought new levels of confidence and energy to his live performance as he bounded across the stage throwing shapes that could only be described as questionable. To see him go from this straight into classic Verve anthem ‘Sonnet’ initially felt a bit a jarring, but it was also a coming together of sorts, prompting a mass sing-a-long from a manifestly Mancunian crowd who recited every single word with all the fervour and sincerity of sermon. With arms raised in unison across Castlefield Bowl, it was clear that Richard Ashcroft is adored by the city that has adopted him as one its own sons—later, he would reciprocate the act in his dedication of ‘A Song for Lovers’ to his Mancunian brethren Johnny Marr, Shaun Ryder and The Stone Roses. 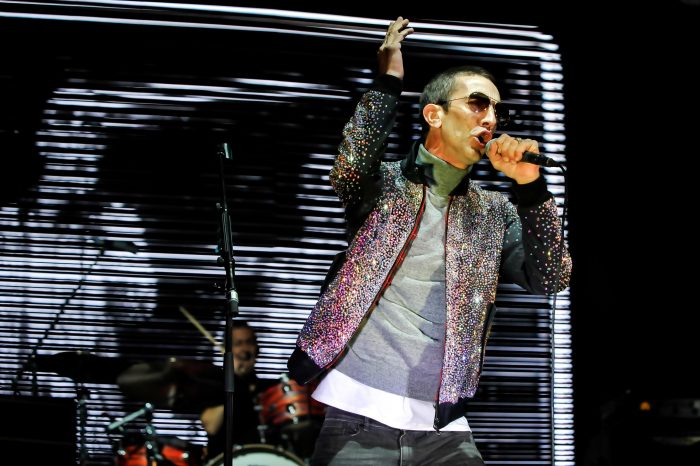 In fact, the career-spanning set-list was incredibly balanced throughout the night, showcasing Ashcroft’s latest releases alongside some of his older solo material with particular highlights including ‘Science of Silence’ and ‘Music is Power’, as well as popular Verve classics ‘Space and Time’ and ‘Lucky Man’. A striking stage-set comprised of huge satellite dishes and projections of grainy television sets was the backdrop to Ashcroft’s performance, but despite the decidedly Orwellian undertones, the evening was anything but dystopian and dismal. Though unsurprisingly it was The Verve classics that prompted the biggest response from the crowd, there was definitely enthusiasm for Ashcroft’s newer songs, including his self-proclaimed ‘epic’ single ‘They Don’t Own Me’, which I felt came across much better in his live performance than on the record. Picking up on the positive energy and sense of unity that was emanating from the crowd, Richard’s chant of ‘No Fear! No Fear! No Fear!’ reverberated around Castlefield Bowl before he burst into a stunning version of ‘Break the Night with Colour’, which had an additional layer of significance that was impossible to ignore. Here, a special mention must go to all the staff, security and emergency services who did a fantastic job and were instrumental in creating a safe and positive environment for fans to enjoy the music—for me, it felt like they were part of the experience, and it was touching to see swarms of people high-fiving and thanking them throughout the evening.

Following a roaring rendition of Lucky Man which could’ve been heard from Withington, the phenomenal backing band retreated to the wings, leaving Richard alone onstage to perform acoustic versions of ‘Weeping Willow’ and ‘These People’.  A hauntingly beautiful rendition of ‘The Drugs Don’t Work’ was my personal highlight, and topped-off Richard’s acoustic performance as the band re-joined him mid-way through the song to roars and cheers from the entire crowd. Following ‘Hold On’, a real up-beat, ear-pleasing single from ‘These People’, the only song that could’ve finished such a monumental set was obviously ‘Bittersweet Symphony’, and it was utterly euphoric. There is something about open-air gigs that is  that extra bit special—maybe it had sommat to do with the 8000 Mancunians singing one of the city’s best-loved songs at the top of their lungs—but I’ve never seen, heard or felt anything like that finale, and it’s probably the closest thing to a religious experience that I’m ever going to get. 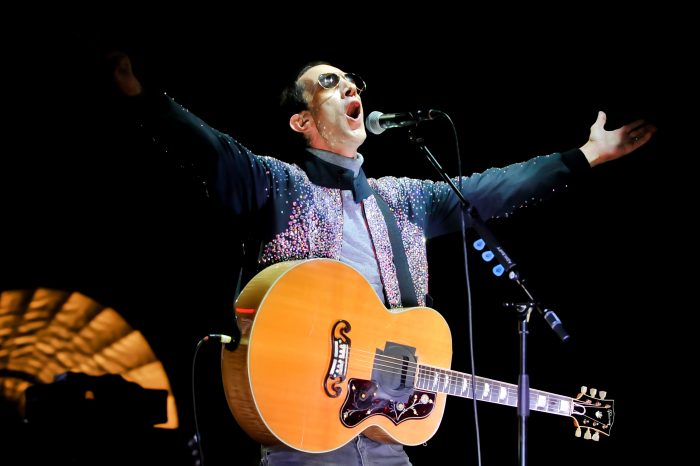 It seems that the years spent proverbially ‘off the grid’ have given Ashcroft an almost divine status, allowing him to to view the world from a uniquely objective perspective that is permanently lost to most of us— last night, he was certainly a god-head figure, garnering a response that was nothing short of rhapsodic. Though I can’t begin to sum up how special it was to see Richard Ashcroft at Castlefield Bowl, I can honestly say that it was one of the best gigs I’ve ever been to— not only was his live performance life-changingly brilliant, but the general atmosphere of people coming together to share their love of music at such an incomprehensibly shit moment in the human timeline, was like nothing I’ve ever experienced before. Cheers RA.

All words by Abi Small. For more of Abi’s writing visit her archive here.