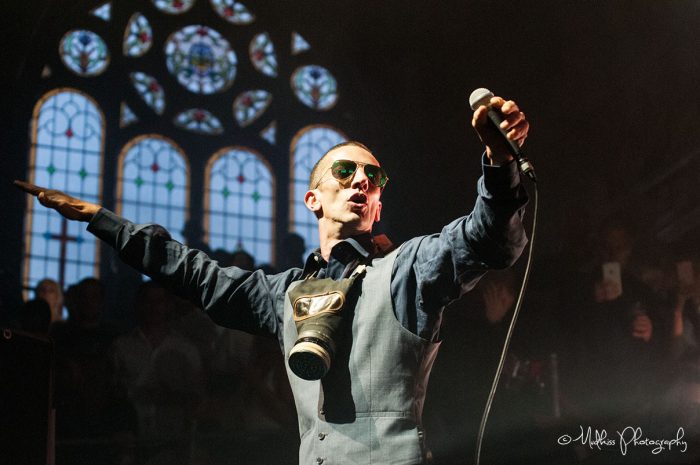 Louder Than Words writer Vanessa Lourenco and Melanie Smith (photographer) were spellbound by Richard Ashcroft’s solo show in Manchester. They report back from the show in words and photos.

It’s been six years since his last album, and he has now decided to gift our humble ears with his militia album “These People” – A powerful, open message filled with alarm bells about the “big brother world” that revolves around us.

The frontman for the renowned cult band The Verve has experienced in the past years, what you could call, a modern spiritual retreat – he went “underground” without leaving a trace and was even mobile free for 4 years.

Because, in his eyes, we are all far too addicted to that little screen – “how many times have you simply swiped to unlock the damn thing without even knowing why you did it? it’s an addiction” he comments.

He has now slowly started coming out of his slumber, with new lyrics, new sounds, new spirit, new everything. He locked himself in a studio in London, condensed amongst government buildings and he felt even more compelled to record this album about how we are being watched at all times and how important freedom is – “when you try to connect yourself to the wi-fi and all you see is London Police, Ministry of Defence, etc, you start to feel like big brother’s watching you, which made even more sense to me when recording the album”.

Lyrics are a powerful thing and that’s how music touches upon so many souls, that is exactly what the people inside The Albert Hall felt last night when they were all moved by Ashcroft’s lyrics, both old and new. 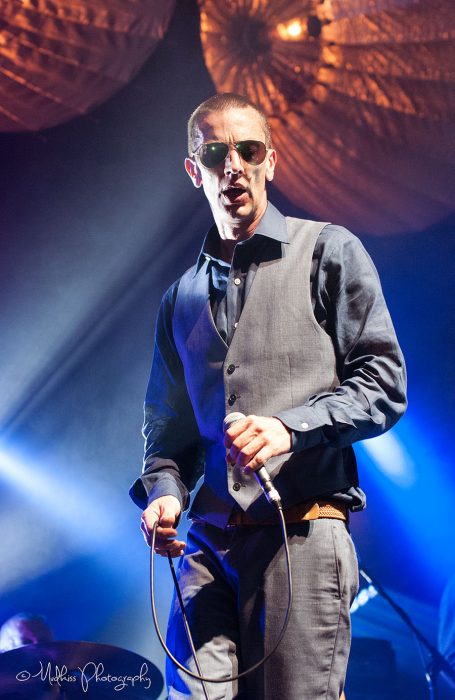 In the full-house environment, you looked around and could feel the “Mod” was back. Also that English punk-rock-mellow feel was present, along with all the Oasis-Stone Roses haircut lads around the venue, you could also see mother-daughter duos, young hipsters that knew all of his lyrics by heart and those who clearly had been his fans since the early 90s.

The show opened with a powerful punch from a very energetic Richard, wearing well cut trousers, waistcoat and shirt,complete with a gas mask around his neck and of course, sunglasses. He even managed a change of wardrobe midway through the concert, to his more chilled 90s swag clothes.

Throughout the entire two hours of the gig, it was a rollercoaster, switching from old hits to his new powerful messages and it was an absolute delight. Like a well oiled machine that knew exactly when and what to play, it almost felt like a church, because let’s face it, what Richard Ashcroft created with The Verve is religion like – the fans gather whenever it reunites, and Ashcroft knows exactly how to conduct this hungry, eager crowd that is still moved by his voice and spirit. 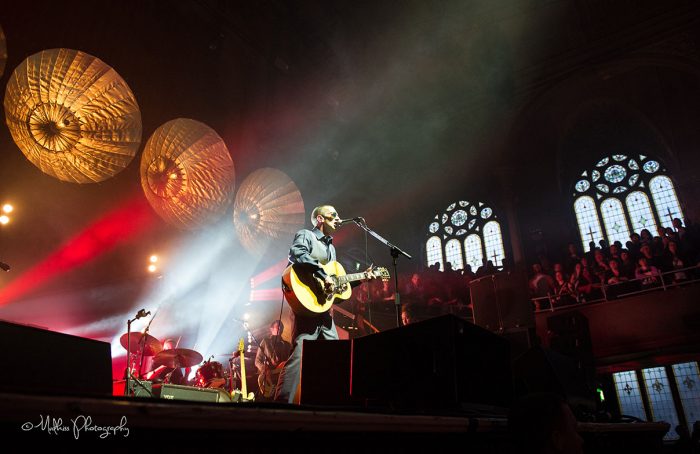 Everybody had their arms in the air, their lighters swinging in a 90 degree angle, singing to him, with him and with full blown heart. He knows how to puppet his crowd, how to bring them to their full potential, moving them, creating an atmosphere of right here, right now, “remember all those feelings you carried with these songs”, because music is power, the greatest power.

Everything you want to see in a live arena was there, the interaction with the public, the drama of the artist who rolls onto his back on stage, the tantrums when the guitar isn’t right, that swears onto the microphone between songs, that toys with the love of the place by calling it’s name out loud – like a victory chant. Ashcroft is definitely a winner. Every single person standing in front of you with their big passionate eyes knows every single last word of your lyrics, because they are imbibed in their souls, engraved in their hearts.

Richard Ashcroft is a true artist, what you can call a real entertainer, because this is not just about music, it’s about a person climbing onto that stage and showing their true raw self, into a savage crowd that wants it. He has the ability to create art in the form of music that you can either listen to walking in the rain on a gloomy day or that will make you jump out of bed whilst playing air guitar on top of your bed.

He closed the show with his Holy Grail and it is a unique thing to feel hundreds of people singing the same song at the same time in a place that could’ve caved in on the power of the emotion created by it. Hearing him sing Bittersweet Symphony, along with everybody else in that room, was one of the most beautiful things I have ever experienced. And you finally understand why and how legends are created.

“These People” is released on the 20th May 2016 and is a product of Richard’s work in conjunction with the record label RPA (Righteous Phonographic Association).