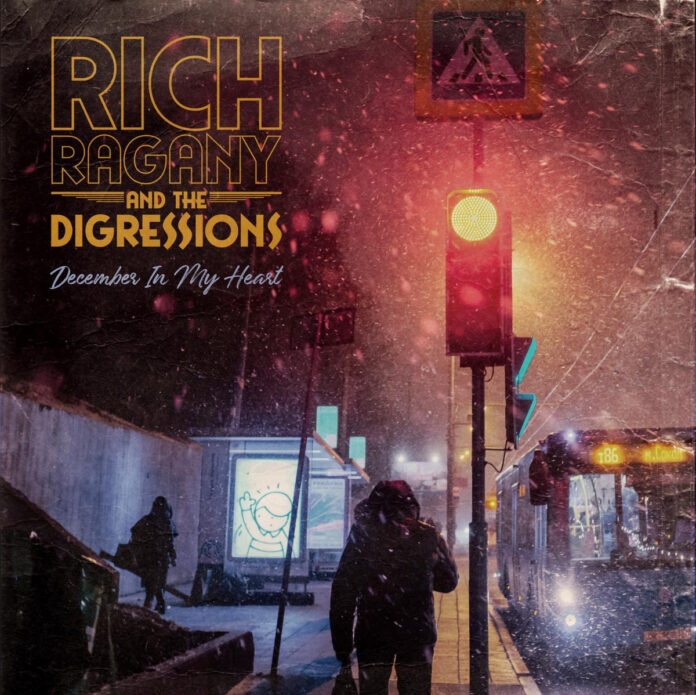 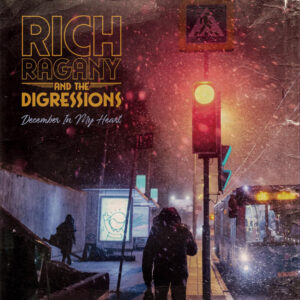 Rich Ragany & The Digressions: December In My Heart

When you have already released an album chock full of beautifully crafted power-pop rock’n’roll songs in the form of Beyond Nostalgia & Heartache, what better way for Rich Ragany & The Digressions to round off the year by releasing a Christmas single. And Ian Corbridge discovers a new Christmas classic in December In My Heart which is bound to make your baubles light up and your tinsel glisten like never before.

Rich Ragany is not a man to let a dare get the better of him. And thank goodness for that, when he was challenged to write a Christmas song whilst walking the dog over at a friend’s house. Now we all know Rich’s penchant for an anthemic chorus line, and in December In My Heart we have a stone-cold Christmas classic which out out-glams the likes of Wizzard and Slade, and in any normal world should sit at the top table at any banquet of festive treats.

It’s a heartfelt, nostalgic and reflective story about those you might be missing at this time of year, and even though it was written over year ago it’s a timeless message which will always remain relevant, however good or bad your year has been. But as ever with Rich, it’s backed by uplifting harmonies, chiming guitars, pounding drums and big chorus lines you are just compelled to singalong to. And the light-hearted homemade video featuring Rich’s own cat Merlie, three penguins, a polar bear and some enormous baubles really captures the mood perfectly.

This is a Christmas song which is there to lift the spirits of even the most hardened Christmas humbug, and if it doesn’t get you out of your chair and on that dance floor waving your arms about in a completely random fashion, then I suggest you need to have a word with yourself. My Christmas Number One without any question at all pop pickers and definitely what your Christmas stocking was made for.

You can buy the single here.