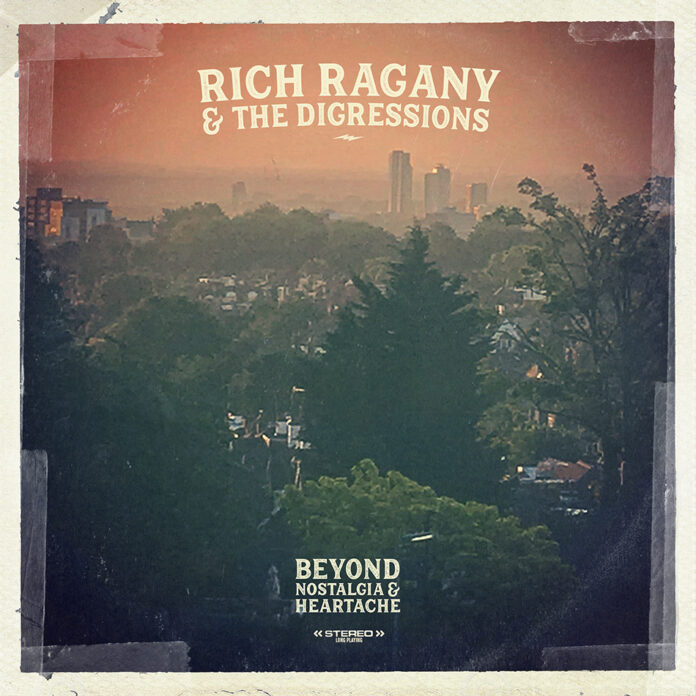 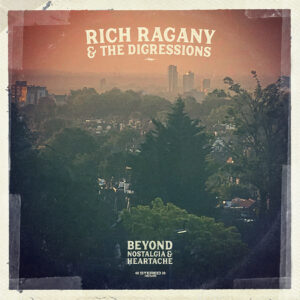 Via Story Highway Records And Tapes

Following on from their much-lauded debut album, Like We’ll Never Make It, Rich Ragany & The Digressions make the most of an unexpected wealth of time, inspiration and creativity through lockdown to bring us Beyond Nostalgia & Heartache. And once again Rich proves that the momentum built up through recent releases with this band and The Role Models continues unabated with another beautifully crafted collection of his own unique brand of power-pop rock’n’roll songs.

It goes without saying what a devastating impact the last 15 months has had on the music industry and the artists who work so damn hard to make any kind of living from it. In the case of Rich Ragany, the debut album in 2019 with his new band The Digressions had garnered considerable interest across various media channels, live dates were going down a storm and they had a main support slot lined up on Status Quo’s 2020 Backbone Tour. And then lockdown put a stop to all of that.

But as the saying goes, “every cloud……” and, in this case, the silver lining was the wealth of songs that Rich had written and the unexpected time lockdown gave the band to start working on them. Of course, with all the social distancing rules and all that went with it, the whole process had to be re-designed and re-created but that did not prove too much of a problem for a collective of such creative minds and talented musicians. All of this heralded the release of Beyond Nostalgia & Heartache.

The quality of the output here should come as no real surprise when you consider the diversity of the talent Rich has gathered around him and the rich tapestry of experience they all bring to the party. Alongside Rich on vocals and guitar, the band comprises Gaff and Kit Swing on guitars, Andy Brook on keyboards, Ricky McGuire on bass and Simon Maxwell on drums. With all this in place and much more besides, the scene was set to showcase all that is great in the world of power pop, even through a process of remote writing and demoing before finally recording it together in the studio when lockdown rules allowed.

Album opener Sometimes We Can Hear The Voices is an immediately uplifting ballad as it conveys a sense of freedom as you leave a difficult situation behind. It immediately brings to mind the spirit of Mott The Hoople and the spectre of Mick Ronson which sets a real marker for what is to follow. Title track Beyond Nostalgia And Heartache not only proves how a great song can be born out of a casual remark, but also deals with that sense of longing and frustration that we will all have felt over the past year. Both great songs which leave me with an overwhelming sense of hope, a feeling we all need right now.

Heartbreakers Don’t Try is a rallying cry to stand up and just go for it in the face of depression and adversity with a real sense of euphoria in the rising chorus and wonderful vocal harmonies between Rich and Kit. Meanwhile, Fade In Blue, with its country sounding banjo, has a real emotive feel as Rich and Kit trade verses amidst more great harmonies in a way that perfectly illustrates the support that loved ones can give you if only you can open up to them. 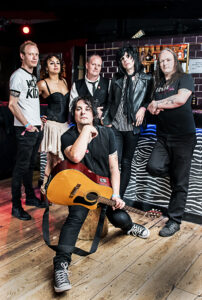 conveys the sadness that has befallen the family over recent times through the loss of loved ones. Marionette follows as a storming call to arms about a friend who turned her life around after a crisis of faith. The challenge is laid bare, “Do you feel like you wanna feel?” and if not then its really up to you to do something about it.

Rich’s penchant for a big uplifting chorus is evident throughout the album especially on songs like It Was Lonely At The Time and Blackout Til Tuesday and the undeniable influence of the likes of Paul Westerberg is never far away. The contribution of Kit’s vocal harmonies is also a key feature right through to album closer This Is How You Spell Tonight.

Beyond Nostalgia & Heartache is very much an album for the present and the future and encapsulates the wide variety of influences that have weaved their way through Rich Ragany’s songwriting over so many years and a multitude of great albums. From his punk roots, through power-pop, rock’n’roll, country rock and all things Americana, it all blends seamlessly into a unique melting pot with a narrative that veers from the melancholic and reflective to messages full of hope and optimism.

I have no hesitation in saying this is amongst the best work Rich Ragany has produced so far, in terms of composition, arrangements and production. This is an album I will return to again and again and the great news is that, with the band having embraced the way of working that created this album, there is more of this on the way in the not too distant future…..so watch this space.