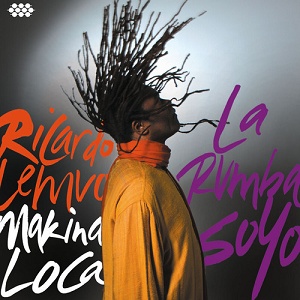 Three years in the making, Los Angeles based Ricardo Lemvo has launched his new album on the World stage. With a blend of African and Cuban styles he has taken three years to complete La Rumba SoYo for a braying audience Angolan audience where is name is recognised in every household.

The songs are pleasant and very easy listening, but it’s difficult to see if and where else it may hold appeal. Unfortunately, a young UK audience won’t have time for him, and maybe his age range is too busy wrapping themselves in Mickey Bubble and his strain of faux Sinatra Vegas.

Perhaps the puzzling thing is the backing band, Makina Loco. Either they are very digitised or they need to loosen up somewhat. The music blends itself to laziness and relaxing and presumably dance, but its tight outlay actually serves to create a little tension.

Earlier in his career Ricardo was influenced by Rumba and Salsa, and it’s those leanings that are heavily represented here. His tracks are popular in the Salsa circuits and his following grows almost daily. Going to America from Northern Angola almost thirty years ago to study for a law degree Ricardo found himself following his true love of music.

The songs are sung mainly in Portuguese and native Angolan languages with the odd English word which adds to the mystique, but it has to be said that there is an element of repetitiveness throughout. It may be my ignorance, but it really does sound quite samey, although Tudia Tunua does bring some life to the party midway through.

Whilst much if La Rumba SoYo is self-penned, Lemvo does collaborate with the director of the National Radio of Angola on Dikulusu and with acclaimed fellow countryman Ndulo Kituxi.

An album by a popular artist on the other side of the World, but not really breaking any new ground. Maybe it’s a safe release to his huge following of Salsa and Soukous, but for the remainder it’s inoffensive and agreeable.