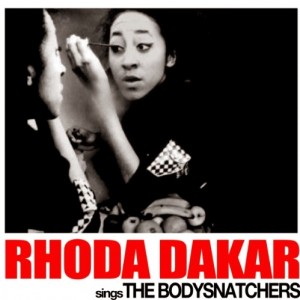 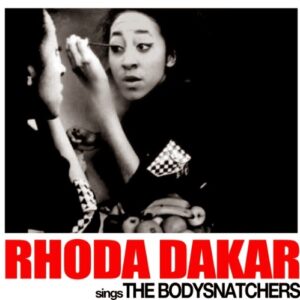 Much has been said about the new release from Rhoda Dakar – ‘it’s NOT a Bodysnatchers album, and they are NOT re-forming’ – it’s the album that was never recorded. Many of the tracks have previously only ever been heard on bootlegs or in live appearances, so after 35 years, now seems as good a time as any to revisit the album.

Recorded in one day, the album not surprisingly has a live feel. It bounds with excitement and passion and boasts a list of star contributors as long as your arm – Lynval and Horace from The Specials, and members of Pama International, The Sidewalk Doctors and Intensified. Rhoda’s voice has a power and dedication that was always present on the two singles released by The Bodysnatchers, Let’s Do Rocksteady and Easy Life, with versions of the tracks here. The latter of the two opens the album and sounds fresh and true to the original.

Produced by Lenny Bignell (guitar) and Sean Flowerdew (keys), the album consists of ten tracks clocking in at around thirty minutes. It’s quality not quantity as an authentic ska feel is maintained throughout with a great version of Desmond Dekker And The Aces’ 007  – perfectly timed as the new Bond film hits the screens.

Sadly, the b-side of the band’s top 30 hit Let’s Do Rocksteady – Ruder Than You – isn’t included, but the flip of Easy Life – Too Experienced  – is, and provides yet another toe tapping tune assured to get you up and moving around.

The Bodysnatchers’ career was short lived and after just two singles and live appearances alongside the likes of Madness, The Specials and The Selecter, the band split. The Belle Stars emerged from the parting with several hits most notably Iko Iko and The Clapping Song. They also released Hiawatha, the final track written by The Bodysnatchers (with lyrics by Rhoda), which is included here on Rhoda’s album as a speedy number that perfectly showcases her voice.

Rhoda’s career produced further hits as part of The Special AKA where she co-wrote and performed on the legendary Free Nelson Mandela and the controversial The Boiler, as well as guesting with Madness and Apollo 440 on tracks of their own. The album closes with an affectionate version of Let’s Do Rocksteady which heralds an improvement on the original and a lasting memory of what could have been.

Dakar has not only created a piece of ‘post-history’, but also released a great album worthy of attention.