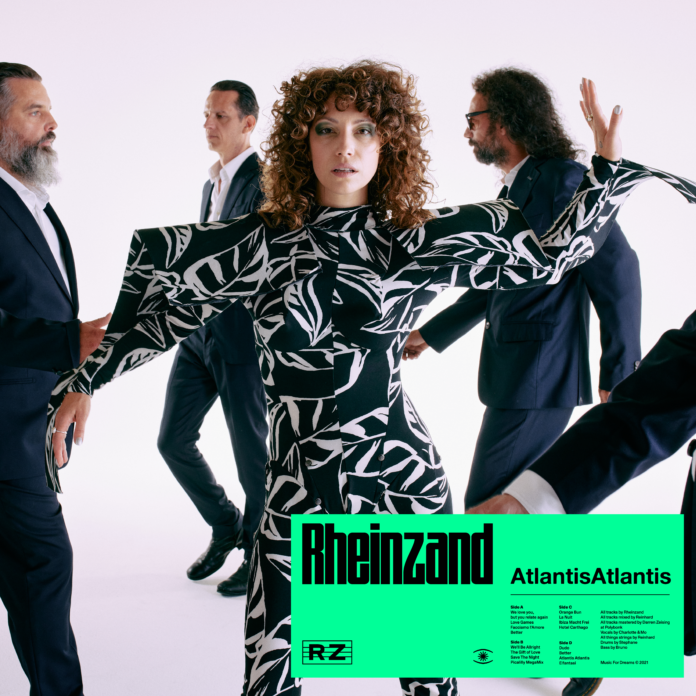 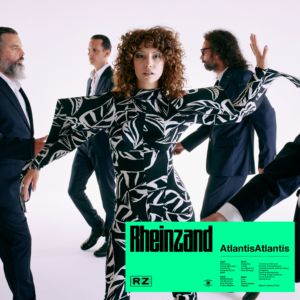 Atlantis Atlantis is the second album from Belgium’s Rheinzand. In parts, it is wacky and bombastic, in others sublime. It’s a throwback to the very best dance music of the eighties, performed with technical brilliance throughout. Gordon Rutherford reviews for Louder Than War.

There’s evidently something in the Belgian water these days. Something with a certain magical quality. Despite the year not yet completing its first quarter, I find myself – for the third time – writing about a new album that has emerged out of that nation. Not content with becoming the planet’s best international football team (according to FIFA rankings), that small country has decided to attain musical superiority too. And superiority is categorically the correct term, because, like those albums by Black Flower and Charlotte Adigéry & Bolis Pupul, Rheinzand’s second album, Atlantis Atlantis, is pretty special.

Hailing from Gent, Rheinzand is a collaborative project between multi-instrumentalist and producer Reinhard Vanbergen and Charlotte Caluwaerts and Mo Disko from The Glimmers. For live shows, they are accompanied by Stéphane Misseghers (dEUS) on drums and Bruno Coussée (MannGold) on bass. One common misconception of Belgium over the years has been that it is one of Europe’s ‘less interesting’ nations, however on Atlantis Atlantis, those members of Team Rheinzand do their utmost to kill that stereotype stone dead. It might not be everyone’s glass of Jenever, but there is no way that even its harshest critics could categorise this exuberant collection of tunes as boring.

eFor the most part, Atlantis Atlantis bounds from your speakersn grabs your lapels and shakes you until you are giddy. It is quite bombastic, utterly zany in fact. Take Elefantasi, for example. One’s first impression is that this is an attempt to take ridiculous to an entirely new level, with those opening bars appearing to be a direct lift from Boney M’s Daddy Cool. It’s actually a little jaw-dropping in its audaciousness, but hold on. As it evolves, it passes through some kind of psychedelic swirling vortex and, by the time we are two-thirds of the way in, it sounds like Power, Corruption & Lies era New Order have joined them in the studio. Or, at least, Peter Hook has. You won’t have thought it possible at the beginning, but by the end of Elefantasi you will be grinning from ear-to-ear. 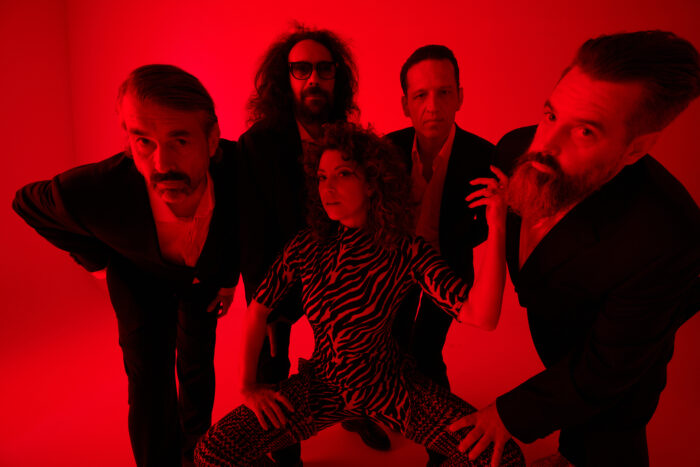 Equally wacky is the title track, which is frenetically channelling the vibe of New York’s Studio 54 in the most stentorian way imaginable. Amplifying the mood further, we have some marginal Boney M hints here too. Orange Bun maintains the zaniness, although the madcap quotient on this one is more a consequence of the lyrics than the music. Quite nonsensically, Caluwaerts fires out lines conjoining the titular orange buns and loaded guns. Who knows what any of it means. Yet, here’s the stinger – who cares? When music is as good as it is on Orange Bun, why concern ourselves over the words. This is a tune that seizes you immediately, by virtue of its popping bass and sumptuous string arrangement.

Which leads us to the most salient point concerning Atlantis Atlantis. Whilst it may be more than a little crazy in parts – and like a disruptive kid in a classroom of well-behaved children these are the parts that grab your immediate attention – before long the realisation that you are experiencing something quite exceptional dawns. Technically, this is as good as you will encounter. It is musically outstanding and expertly produced. Furthermore, Caluwaerts’ voice is stunning. Not only that, it is impressively versatile. Putting aside the fact that she is able to sing in at least four languages (you kinda expect that, given that they aren’t British), she deploys a phenomenal range of techniques to serve the song.

That versatility is not exclusive to Caluwaerts. Throughout this album, Rheinzand demonstrate incredible changeability. As far removed from the likes of the title track and Elefantasi as you might imagine is the The Gift Of Love. Equivalent to a handbrake turn, this exquisite ballad, featuring another one of those gorgeous string arrangements, provides the perfect platform for that voice of Caluwaerts. In a similar vein, albeit even more stunning, is the album’s closer, Dudo. The track is introduced by a melancholic violin in duet with (what sounds like) a harp, setting the scene quite dramatically. When Caluwaerts joins in, her voice is literally operatic, soaring to the celestial heavens. As Dudo swells majestically you will, once again, marvel at the sheer diversity of Rheinzand’s array.

In between the bombast and the sublime, there is a third category; a selection of tracks that are, quite simply, perfect euro-pop. The Moloko-esque We’ll Be Alright is a little more reserved yet more purposeful. It’s as though the band are operating in third gear, safe in the knowledge that they have more to give. Despite that, this is the territory that Rheinzand sound most at home in; when they confidently strut as opposed to invading the senses. Their outstanding cover of Level 42’s Love Games is of a similar ilk. It’s an incredibly faithful version, right down to that slapped bass. Justifying my belief that this is the zone where Rheinzand truly optimise their capability is the album’s stand-out track, Facciamo l’Amore. It is the epitome of super-cool, like a late-night trip down the hairpins of the Amalfi drive with Italian radio blaring.

Atlantis Atlantis is great fun. It’s a throwback to the halcyon days of dance music in the eighties. This is a collective of musicians who are driven to create dance music and they do so in a way that involves them actually utilising the instruments. It’s downright old school, light on samples and electronic frippery, and that’s incredibly pleasing. Another reminder of the eighties is the track lengths on this album, with more than half exceeding six minutes, giving the feel of those classic twelve-inch singles that seemed to go on forever. In a good way, of course.

There should be no reason why several of these tracks are not booming out around Europe’s clubs as we move into summer. They are perfectly suited for those long hot nights of dancing and revelry. After all, they have just the right amount of hedonism, glamour, exuberance and, of course, madness.