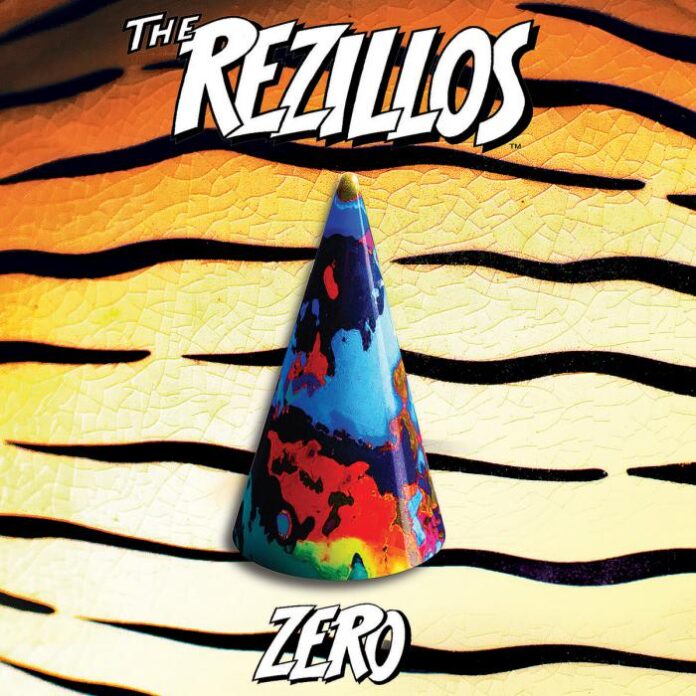 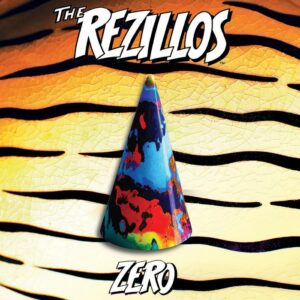 Edinburgh’s technicolor starship troopers, The Rezillos, return to the fray three and a half decades after their first epochal album. Joe Whyte dons his foil hat and sets the controls for the heart of the sun.

It really seems quite ridiculous that The Rezillos have actually only released one full studio album. Cropping up regularly in lists of the best punk albums, “Can’t Stand The Rezillos” was pretty much a record out of time even back then. Fizzed-up, full-on and frenetic, The Rezillos took their dayglo Dadaism out of 70s Edinburgh and were at one point the band “most likely to” out of the whole morass of the punk rock miasma. Splitting up in the most spectacular and frankly ridiculous Spinal Tap style, Seymour Stein’s Sire Records only managed that one album and a live set from their great pop-art New Wave hopes. Oh, and a run of singles that was the match of anybody in an era when the seven inch was king.

The only people that really benefited from The Rezillos demise were probably The B52’s who took on the template of 50s B-movie schtick and Shadow Morton production values, making a cool million or ten along the way.

Reforming for a Hogmanay show at Edinburgh’s Princes Street Gardens a few years back, The Rezillos have been making up for lost time with festival appearances and a triumphant tour with The Stranglers just ending. New guitarist Jim Brady is in for the long haul and he’s an appropriate and able replacement for Jo Callis, having long been a friend and guitar tech to the group.

It’s often difficult for a band to find that elusive spark that they had as, well, let’s face it, teenagers. Callis was pretty much the main songwriter in the original band but he’s not particularly missed on this one. Brady has a slightly different style; his guitar is all choppy riffs and sizzling leads whereas Callis had the whole Ramones-meets-The Standells thing down pat. The album is, generally speaking, heavier and less bubblegum than one would expect; opener Groovy Room fairly bursts out of the speakers and Fay Fife and Eugene Reynolds are on sparkling form, sparring away line for line.

All the expected touchstones are there; love paeans to alien boys with “flattened faces” (Tiny Boy) and the title track which is all robotic, treated spoken vocals and a muscular riff from Brady. The Rezillos were always at their best when they got a bit, y’know, weird, and Zero doesn’t disappoint.

Number One Boy came out as a website-released single a couple of years ago and reappears here. It’s terrific; classic Rezillos with a barbed-wire edge.

Spike Heeled Assassin is a cold war spy-themed revenge tale with added surf guitar. Fay Fife sounds a wee bit unhinged on this ‘un and it’s a bit of a departure from the typical Rezillos sound. Actually, when I come to think about it, she sounded a wee bit unhinged on “Can’t Stand My Baby” all those years ago, too…

Saving the best till last is an unusual thing in this buy-download-delete planet that we occupy but Out Of This World is without doubt one of the best things this band has recorded. A pulsing bassline, Angel Patterson’s precision drumming and a scything guitar attack frame a Fife/Reynolds vocal that matches anything in their (albeit thin) catalogue.

I guess the question is always going to be; does Zero match up to CSTR?

Simple answer. Yes. Without a doubt.

Best punk album of the year? It’s gonna take a lot to beat this one.