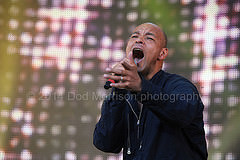 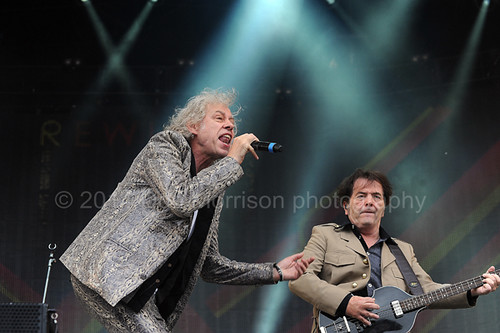 Despite the damp day punters streamed into the sold out Rewind arena ready for the day ahead. It rained most of the day but this didn’t dampen spirits.

The Sugar Hill Gang brought rap to the festival and started it off with a bang. Their songs “Rapper’s Delight” and “Apache” pleased the crowd.

Steve Augeri, the former lead singer of Journey, pulled a big crowd, and provided one of the best two sing along’s of the weekend with “Don’t Stop Believing”. The other was Dr and the Medics with “Spirit in the Sky”.

Billy Ocean ended the day on a high with “Caribbean Queen” and “The Going Gets Tough”. 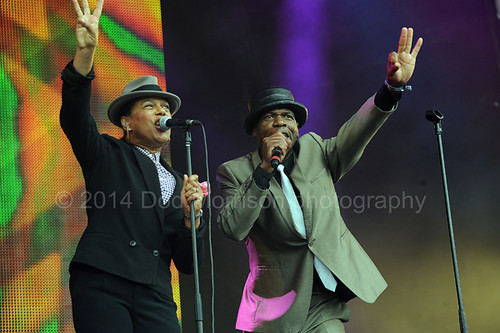 In the baking sun The Selecter got most of the crowd off their seats and dancing. Classics such as “Too Much Pressure”, “Three Minute Hero” and “On My Radio” got the whole arena bouncing to these ska legends. We were even treated to a ska version of the James Bond soundtrack.

The Boomtown Rats were due on just as monsoon style rain came down. The band walked on stage after announcement said “give it up for the best fucking band in the world!” Bob Geldof moved around the stage like he owned it, strutting and gesturing, really entertaining the crowd. After talking about how in this day and age there’s always someone watching you, we got the same titled song, although it was amazing how many people videoed this song! The moving “I Don’t like Mondays” captured everyone’s attention. At the line “today’s lesson is how to die” the whole band paused. Whilst the crowd cheered, Bob had his arm raised, which he dropped when the band kicked back into finishing the song. During “Like Clockwork”, Bob waved his hands around the sides of his head like a malfunctioning robot. They finished off with “Rat Trap”. This was definitely the set of the weekend, and all too short, Bob owned the festival and one of the best live acts around at the moment.

My surprise of the day was Roland Gift’s reggae version of the Buzzcock’s “Ever Fallen in Love”. A great tune done in a new and interesting way. 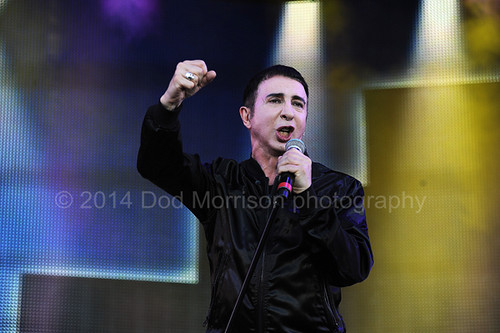 Mark Almond pleased people with his classic “Tainted Love”, which even had the song “Where Did our Love Go” in the middle of it. And also played “ Something Gotten Hold of my heart” dedicated to Gene Pitney.

Hall and Oates have sold platinum selling albums for decades, but unfortunately they didn’t really have the energy for a headliner act. They started off with “Maneater”, but too many of their songs were
mellow.

Quite a few fans believed the Rats high energy show would have been the ending to the weekend.

The spectacular fireworks at the end made up for the lack of big ending of their set.