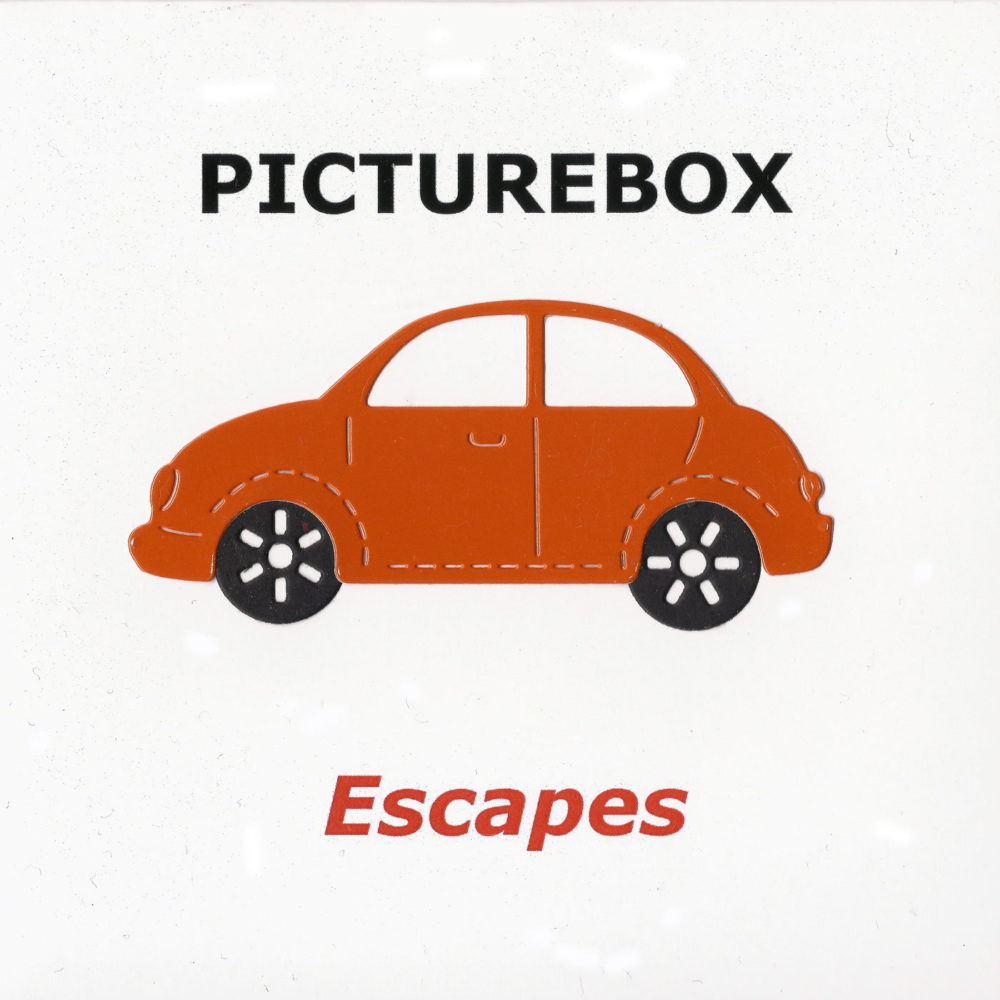 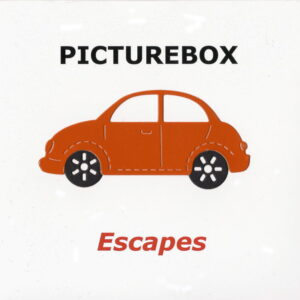 Just over a year since the last release, the wonderful Songs Of Joy, the collective of Rob Halcrow otherwise known as Picturebox have released an eclectic album of ten enthralling songs based around escape, whether it be to or from.

The Canterbury singer songwriter performs on Escapes in a multitude of styles prompting vague comparison to several artists along the way.  Perhaps the biggest, and most complimentary is one Ray Davies.  Halcrow’s voice has more than a passing resemblance to that of the main Kink but perhaps more relevant, is his ability to write quite fascinating narrative on things every day.  Album opener, Stumble has a quartet of clever rhymes within as many lines and is instantly memorable.

Halcrow is indeed a purveyor of fine song writing taking the simplest of themes and turning those points of interest and enjoyment.  Divvy Cabs uses a great bass fuzz as a focal point, combines it with a simple beat and an almost nursery rhyme styled vocal presentation.  Again, it’s catchy, indelibly so, to the point of continuous repetition by the listener – this is the skill of the pop songwriter.

Sirens is subtle.  A throbbing background joined by simple guitar pluck and Halcrow’s calming voice.  It’s clever through its use of uncomplication and following basic rules of less is more.  GNER cleverly synchronises the train-like sound with a train journey based lyric complete with guest harmonica from Mathew Dutra, and, I Got The Pox has hints of the  genius song writing of Chris Difford and Glenn Tilbrook from Squeeze’s Cool For Cats era.

Uniform and The Vicar’s Dog slow the pace and tell their own stories of everyday everydayness before  forty second instrumental in the form of Troyte closes the proceedings.  Like maybe Johnno Casson or Stuart Kidd, Halcrow has the ability to write great songs, songs that will remain with you long after they have finished and will make you appreciate the beauty of simplicity in our often complicated, meaningless lives.

Escapes once more demonstrates the joy in clever song arrangement and straightforward, plain narratives that make the best known popular songs and memories.  A delightful album and a joy to hear again and again.