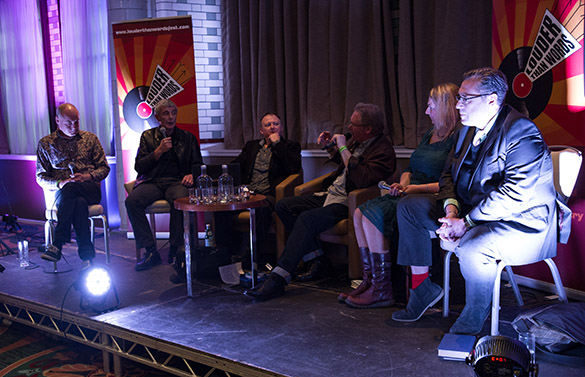 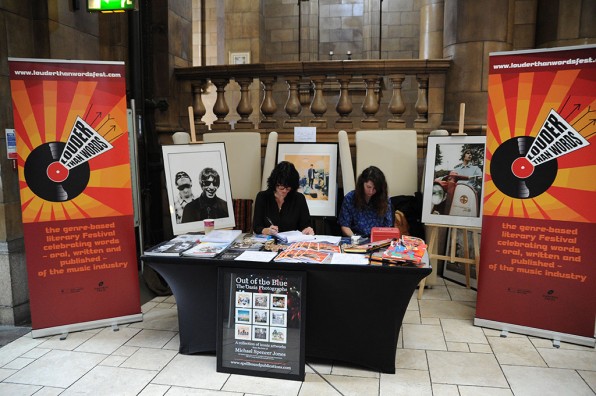 For Louder Than War Nicky Crewe (words) and Melanie Smith (photos) report back from the Louder Than Words festival which took place across the whole of last weekend in Manchester.

Now in its second year, the Louder Than Words festival is going from strength to strength. Held in the magnificent and sometimes surreal surroundings of the Palace Hotel, it looks like it has found its home in Manchester. Louder Than War’s own John Robb is one of the organisers, along with a fantastic team of colleagues and sponsors. If you went, you’ll know what a great gathering of musicians, poets, writers, journalists, photographers, academics and fans this was. If you didn’t make it this year, take a look at what was on offer on the website and put it in your diary for next year. It’s a great concept and there has never been anything like it. It isn’t a conventional literature festival, because of its emphasis on music. Nor is it a music festival, with its focus on words – oral, written and published – all celebrating music in so many forms – song lyrics and biographies, poetry and memoirs, diaries and articles.

This year there was so much on offer that it was impossible to go to everything. Difficult choices had to be made, with the inevitable regrets, but what a wonderful dilemma, to be spoilt for choice from Friday evening to late Sunday afternoon. Beautiful readings of great writing, insightful interviews and inspirational stories. With its home base in Manchester, there’s plenty to share relating to this city’s musical legacy too.

It was interesting to hear how being in the right place at the right time, chasing a dream, and looking for the magic, featured in people’s career and success stories. Authenticity, truth, and living life by your ideals was a recurring theme.

Then there was the dark side, whether as an exploration of the role of the occult in the transmission of music or the role of addiction in a musician’s creative life. 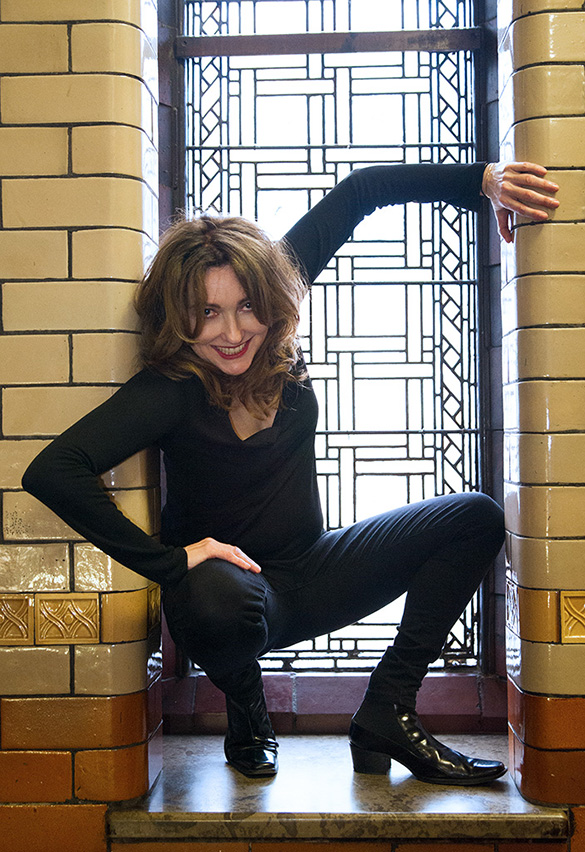 The organisers’ approach brings everyone together, audiences and contributors, for talks, for book signings, for performances, in the lift and in the bar. Meet your heroes and chat to your fans. There’s been nothing quite like it and it works so well. There’s a mix of experience and new energy as well established journalists interacting with young and aspiring writers.

There’s a lot of laughter and some tears. Last year Wilko Johnson presented an inaugural writing award, named after him. How fantastic to have him back this year to present the second. Edwyn Collins and Grace Maxwell were interviewed by John Robb, revealing the strength and humour in their relationship. Edwyn played four songs for us, his voice full of feeling, a wonderful and unexpected performance.

Highlights for me included John Robb’s and Mary Ann Hobbs’ stories of their early writing careers, Tim Burgess and Will Hodgkinson sharing life stories, Bob Dickinson’s interview with Nina Antonia, Michael Spencer Jones’ photographs of the Verve and Oasis, Mark Ellen’s and Graham Jones’ funny stories, Viv Albertine’s inspirational story of picking up her creative life once more, Chris Saliwicz’s insight into Jamaican politics via Bob Marley and Barney Hoskyns on the community of Woodstock. A semantic analysis of the Fall’s lyrics was intriguing. Mick Middles and CP Lee’s discussion of Frank Sidebottom’s life and career explored the enigma that was Chris Sievey.

And then there are the ones that got away: Jah Wobble, Don Powell, and John Bramwell to name only a few.

The shifts in fortune of conventional publishing and record shops also came up for discussion. It’s an uncertain world out there for writers and musicians and who knows where it’s going. Opportunities for recognising the problems and discussing the possible solutions are a valuable and important part of this Festival.

The Louder Than Words concept is certainly growing and developing with exciting ideas for future events. As Edwyn Collins says,‘The Possibilities are Endless’. 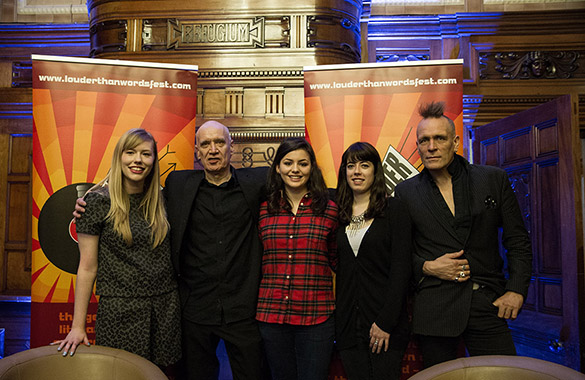