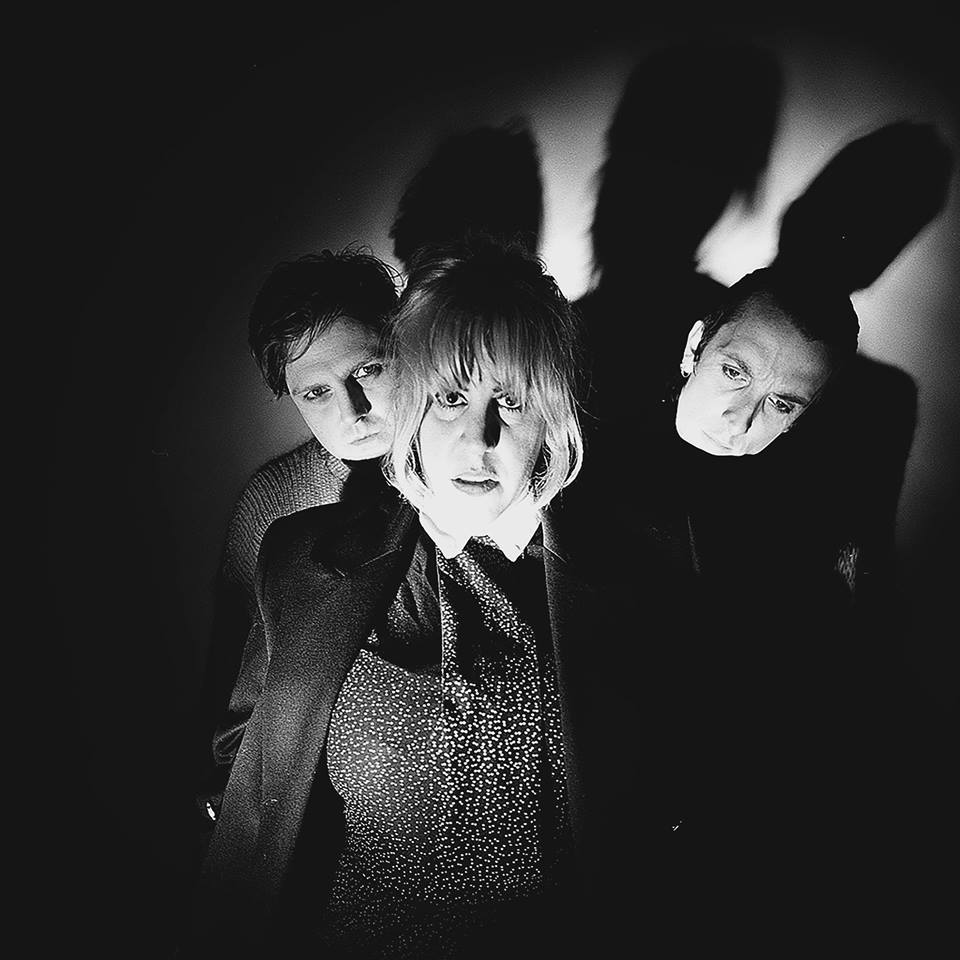 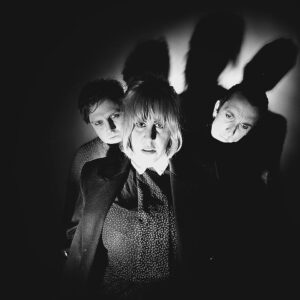 If ever there was a band to wake up the musical system during the grey autumn season, it would be Girls in Synthesis, whose thunderbolt of a debut physical release, the brilliantly visceral Suburban Hell EP, is released next month. The London based trio (an absolute powerhouse comprising vocalist and bassist John Linger, drummer Nicole Pinto and guitarist James Cubitt) and describe themselves as having formed to “aurally represent the noise and violence of the modern world” – caused a stir back in March as The Mound/Disappear circulated online, and Suburban Hell does not disappoint at all.

The opening title track is a brutal swipe at the small-minded residents of little Englanders “lamenting Englands past/ hiding through their curtains of lace/ and how you feel the new the neighbours are a disgrace”, Linger’s voice burning with raw, primitive energy, a swooping unrestrained slice of punk rock that basically say’s “we’ve arrived!” (Or more, precisely, “we’ve arrived…and the snooty neighbours really don’t like it!”) For anyone thinking it may calm down a little from here, well, you’d be very much mistaken, Phases slices through the sentence with its thick, chunky guitar line fed though walls of fuzzy distortion which wraps itself around the listener, Linger’s voice weaving and waving through it, before things slow down a little with the woozier, waltz-time Fucked brims with the nervous tension of much of the best post-punk, its handclaps making the sound feel closer and closer to the listener as it goes on.

The feeling throughout the whole EP is slightly claustrophobic, and all the more brilliant for it, making the small-minded suburban themes of the EP feel real, like their creeping up on the listener in the tradition of many a fine song on the theme of suburban hell and the grind of day to day to life, but still feeling utterly original. By the time its reached the EP has reached its closer, the spiky Solid Effect (continuing in the incendiary, post-punk vein, Lingers vocals starting out droll but becoming more abrasive with an unseen frustration over the buzz of building feedback) the walls really do seem to have got smaller. Girls in Synthesis are clearly very sonically clever, and the mix of the waves of feedback and swirling myriad of sound colliding with the very minimal and primitive is hugely effective. With Girls in Synthesis as its opposition, by rights the “little England mentality” wouldn’t stand a chance.

Their aforementioned aim on aurally representing the noise and violence of the modern world is fully achieved – seeing more violence in the unseen frustrations of the mundane and in the world of quietly simmering bigotry than in the more obvious.

A truly exciting, exhilarating assault on the senses, this EP is an essential release for the autumn.

Girls In Synthesis also play live this year on the following dates:

All words by Amy Britton. Find more on twitter via @amyjaybritton or on her author archive