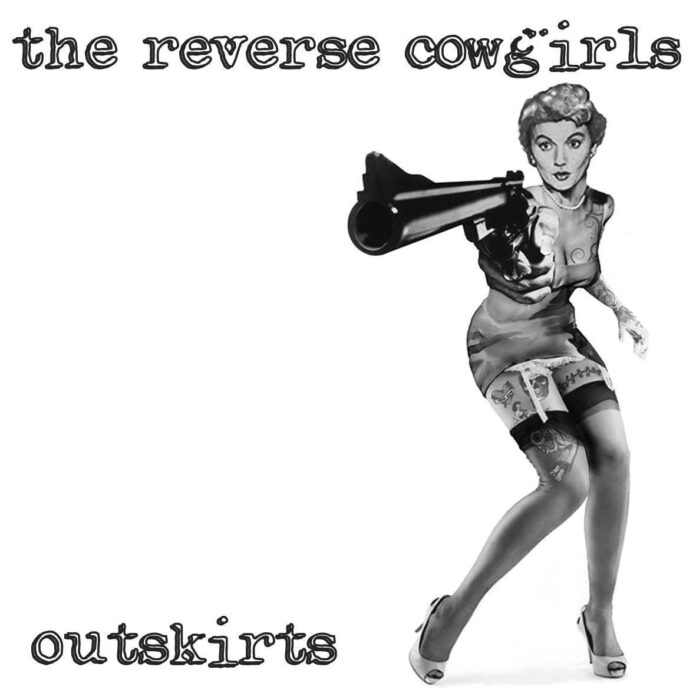 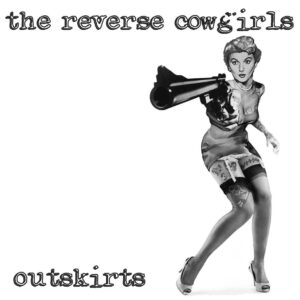 Roaring out of the badlands on a heady cocktail of The Cramps, Captain Beefheart and The Sonics, The Reverse Cowgirls unleash their wild and wired second album and announce a must-see album launch gig.

How do you trap lightning in a bottle? That was the challenge for The Reverse Cowgirls on their second album, ‘Outskirts’. Having already released bracing debut album ‘Hokum’, the Cowgirls have gained a reputation as a formidable live act within the Glasgow garage rock scene with a series of incendiary gigs and support slots over the last few years. If you can imagine a band that takes as its starting point The Neon Boys’ ‘That’s All I Know Right Now’ and Captain Beefheart’s very earliest singles for A&M, you’re in the right territory.

Opener ‘Cry Cry’ is an exuberant curtain-raiser, guitarist Stephen Cafferty cutting loose with wired and inventive lead guitar as frontman Hugh Mclachlan generates a wall of feedback. Mclachlan is a charismatic frontman, coming across like a post-acid trip Roger Sterling with a Hasil Adkins fixation, while keeping his rhythm guitar playing firmly rooted in garageland and country prairies.

Elsewhere, ‘Evil Eye’ is a classic Cow-Punk country two-step garage rocker, while live favourite ‘Segments Unrelated’ rides an irresistible groove which could start a barn-dance in a graveyard. The Cowgirls’ country influences come through strongly on ‘As God’s My Witness’, and ‘Hit the Sidewalk’ unexpectedly but successfully evokes Sly and the Family Stone and ‘Clear Spot’ era Beefheart.

The heart of the Cowgirls’ sound is bassist Alaine Alison Walls, a great groove player who gives the band its joyful, stompy swing. Walls plays with the vitality of The Magic Band’s Jerry Handley and the on-the-one garage funk of Richard Hell. Drummer John Gordon continues the Magic Band comparison, keeping things tight and tribal with nods to Drumbo and The Cramps’ Nick Knox.

While ‘Outskirts’ is irreverent and hedonistic, there’s no doubting the Cowgirls’ deep and sincere love of uninhibited country, blues and rock ‘n’ roll. In this respect in particular, they are very much cut from the same cloth as Lux and Ivy, combining an almost religious fervour and passion for American roots music with a lusty joi de vivre that pisses on the Alamo of Hall of Fame reverence.

McLachlan’s songwriting shares another trait with The Cramps. The head Cowgirl commandeers classic riffs in the same way that the Rorschach/Interior songwriting partnership hijacked countless Link Wray tunes and rockabilly obscurities. The finest moments of The Damned, The Who, The Kinks and others are press-ganged into the service of the Cowgirls pirate crew, and are thoroughly keel-hauled in the process.

‘Outskirts’ is an old-school album, classically structured with some of its most affecting songs saved for an atmospheric closing triptych. ‘Midnight Choir’ is a Stonesy stray cat strut reminiscent of Los Tentakills, ‘Here it Comes’ is a melodic slow burner and Link Wray’s Apache soulfulness glows warmly through album closer ‘Brutal Stain’.

The listener is left wondering just how far the Cowgirls could travel into the haunted badlands charted by Jeffrey Lee Pierce and The Gun Club. Two albums in, and The Reverse Cowgirls are fire spirits on a mission. Catch them live for the full testimonial.

All words by Gus Ironside. More writing by Gus can be found in his Louder Than War archive.