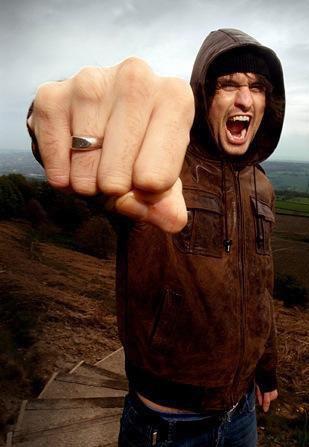 “So I’m listening to ‘Mirrors’ for the 1st time and I’m about 15 minutes in when it dawns on me that this is like something that sounds like nothing I’ve heard since the great concept albums of the 60’s…It’s at that point that I may have shit in my smoking jacket! (in fact I think I did actually shit in my Fez!!). Shit title though eh?” Noel Gallagher.

“You can always rely on the Reverend for a volley of lyrical grenades, but ‘Mirrors’ is a magnum opus. He’s a seasoned melodic master too. Just what we needed from Reverend & The Makers.” Carl Barât.

“Reverend & The Makers release their eagerly anticipated fifth album, Mirrors, through Cooking Vinyl, on Friday 9th October. The first song to be taken from the album, Black Widow, is available from midnight tonight upon preordering Mirrors: https://po.st/RevMakers

“Mirrors was recorded at 2 Fly Studios Sheffield and Geejam Studios in Jamaica and was produced by Dave Sanderson with additional production by Youth and Alan Smyth and mixed by Youth. It will be available on CD, Limited edition CD & DVD, 12” Vinyl and digital download. The album can be pre-ordered from the bands website: https://po.st/RevMakers and iTunes: https://po.st/MirriTunes

“Reverend & The Makers have also announced a twelve-date UK tour for November and December. Tickets go on sale at 9am on Friday 7th August.”

The full dates are:

The book features every lyric from Reverened & The Makers as well as poems including Jon McClure’s collaboration with John Cooper Clark. An exclusive sample of the book is available from the bands webstore when you preorder Mirrors: https://po.st/MirrorsPM

“Ed (guitarist and fellow songwriter) and I became resolute to make a record that we loved. Why not indulge the overwhelming urge to not play games anymore and set about making some art we are actually proud of rather than the release tour festivals repeat cycle we’d been on since forever. And so we took the files we’d been diligently recording off to Jamaica and spruced them up a bit whilst making a film. The result is the best thing we’ve ever done in my opinion. The reaction when I play it to people is like nothing I’ve seen before, except maybe the first album.”

The Full track listing for Mirrors is:

Extra tracks on all formats:

Reverend and the Makers have achieved four UK Top 20 Albums and five Top Five Indie chart singles: debut album The State of Things (2007) included the UK Top Five single Heavyweight Champion Of the World. Second album A French Kiss In The Chaos followed in 2009 and saw the band supporting Oasis on their final tour at stadiums across the UK and also a UK tour with fellow Sheffielders Arctic Monkeys. Their third album @Reverend Makers was released in 2012 and their first for Cooking Vinyl, the fourth album Thirty Two was unleashed in 2014.