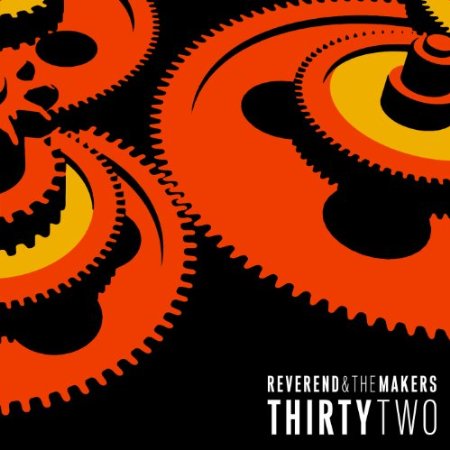 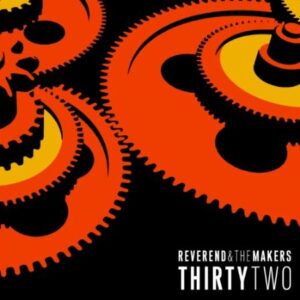 Due out 24th February

Reverend And The Makers were one of the surprises of 2012. Dismissed by the press and radio as a one-album wonder and front man Jon McClure often ridiculed for his outspoken views and his interaction with fans, their @Reverend_Makers album was an unexpected success and they sold out venues across the country. Supported by a fervent Rev Army and Jon’s almost obsessive presence on Twitter, they’ve kept the momentum going with a series of house gigs ahead of their follow-up album Thirty Two.

Having learnt the lessons of trying to change their sound after the success of their first album The State Of Things and the subsequent bombing of the follow-up French Kiss In The Chaos, Thirty Two isn’t a massive departure from the sound of @Reverend_Makers, it’s guaranteed to keep dance floors bouncing across the country when they tour it in March.

Lyrically, it’s still focused on Jon’s observations of what’s going on around him in real life and on the internet – for example “emboldened by a state of inebriation, brought by a bottle of wine” as a scene-setter on Old Enough To Know Better. There’s no pretence of being clever, obtuse or political, which is why they’ve found a new, mostly young, audience that relates to them, stories about happenings in schools, supermarkets and on the streets. These are songs about real subjects that real people can relate to.

Sonically, it mimics its predecessor in being influenced by both Jon’s previous work with the band and also with the Reverend Sound System project and people he’s collaborated with. There’s no unnecessary filler, the eleven songs clock in under 35 minutes, short, sharp and bittersweet blows to your sub-conscious that’ll have you singing them to yourself in your head without realising where the hell they’ve come from and how they got there.

There’s no particular stand out tracks either, it runs smoothly together like the best mix tapes always do. That also means there’s nothing that is out of place, weaker songs there to make up the numbers. Even when it’s slowed down slightly on Happy Song it fits the mood perfectly, before bounding into the album’s big chant-along track Different Trains.

Like its creators, Thirty Two is a big kick in the balls to the music industry and radio stations. It doesn’t try to be cool, it doesn’t want to be and it probably wouldn’t know how to be. It’s just being itself, warts and all, yet it talks to people in a way most bands would kill to. The world needs a few more Jon McClure’s and Reverend and the Makers, I’m not sure we could handle it, but it’d make listening to music a lot more fun.

All words by David Brown. You can find his other work for Louder Than War here.