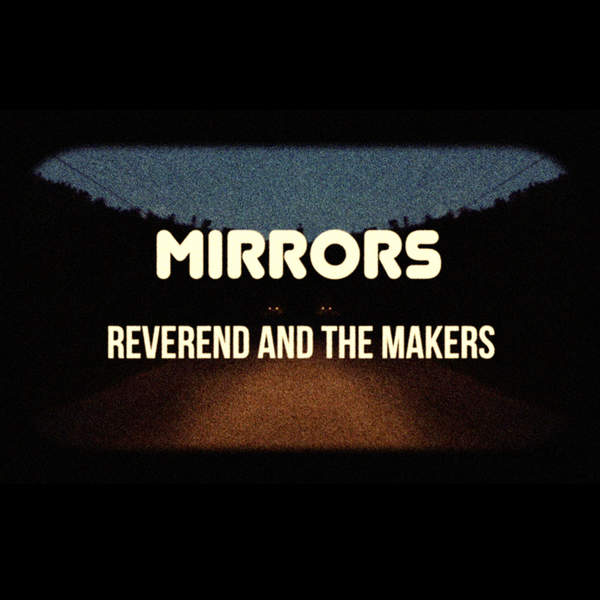 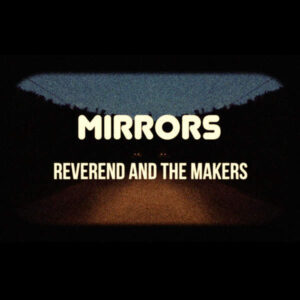 Reverend And The Makers
Mirrors
CD/LP/DL
9/10

An ambitious song cycle and work. Reverend And The Makers deliver their masterpiece.

This is a wonderful work.

An album to get lost in.

A hugely ambitious hour of perfect pop with every hook imaginable piled up up into a non stop series of songs. Musical shard and snippets threaded together like a lysergic Abbey Road and presented like the ongoing soundtrack to a film hat has never been released.

In terms of pop and AMBITION, this is masterpiece – not just for the band but in a year of great album releases this really stands out. Great melody and sharp social lyrics and a stubborn northernness drip from the songs that will soundtrack another generation.

For every ounce of trad perfection in the album it also manages to look forward and it’s a hugely inventive work.

Reverend and the Makers are big.

Big in size and big in ambition. Their gigs are like packed love ins with thousands of sweat hod fans worshipping at the altar of the Rev. Like all great band they exist outside the debate, the metropolian narrative. They are too Sheffield, too individual, too much themselves and frontman Jon Mclure is too straight talking. But non of this matters when they release an album as good as this. Pyschedelia, soundtrack, jazz, classic neo fifties Billy Fury style ballads, sitars, beat anthems, bubbleum and wonky weirdness are threaded in with songs of pure guitar pop brilliance. Every guitar band in the UK now has a new target to reach.

Appearing in Sheffield at the time of the Arctic Monkeys they were the insdiders tip for greatness- this was the real sound, the flipside to the youthful Arctic Monkeys spiky guitar rushes. Brilliantly awkward the band didn’t take the easy route and swerved the lads with guitars route that would have served them up the stadiums on a plate. Each album they release is a diverse reflection of the passions of Maclure and swerves from social commentary to personal politic, each one steeped in the steers of the wonderful Sheffield.

And this is their masterpiece. The Statement.

Mirrors is the band proving that they can deliver. The album drips melody and ambition. It’s like a glorious concept album, each track a mini opera of ambition and tunes that drip like honey and all threaded together into a whole piece. If the Klassic Kinks ever made another album this would be it, if Arthur Lee could come back from the grave, if the song cycle of Abeey Road could ever be reprised then this is it but not in a retro manner – of course everything that is great about British pop is here – the hope and melancholia, the fuck the rain optimism and the sadness dripping from the city centres but also the beauty in the grime and the knack for melodic genius and scope of ambition of the kitchen sink drama. This is an album that says I can write fuck you melodies if I feel like it, I can twist the music any way I want.

The Rev has never been in better voice and the tradition of homespun classic pop from grey skied northern cities delivered once by the likes Pulp has been preserved.

Time for everyone else out there to raise their game.