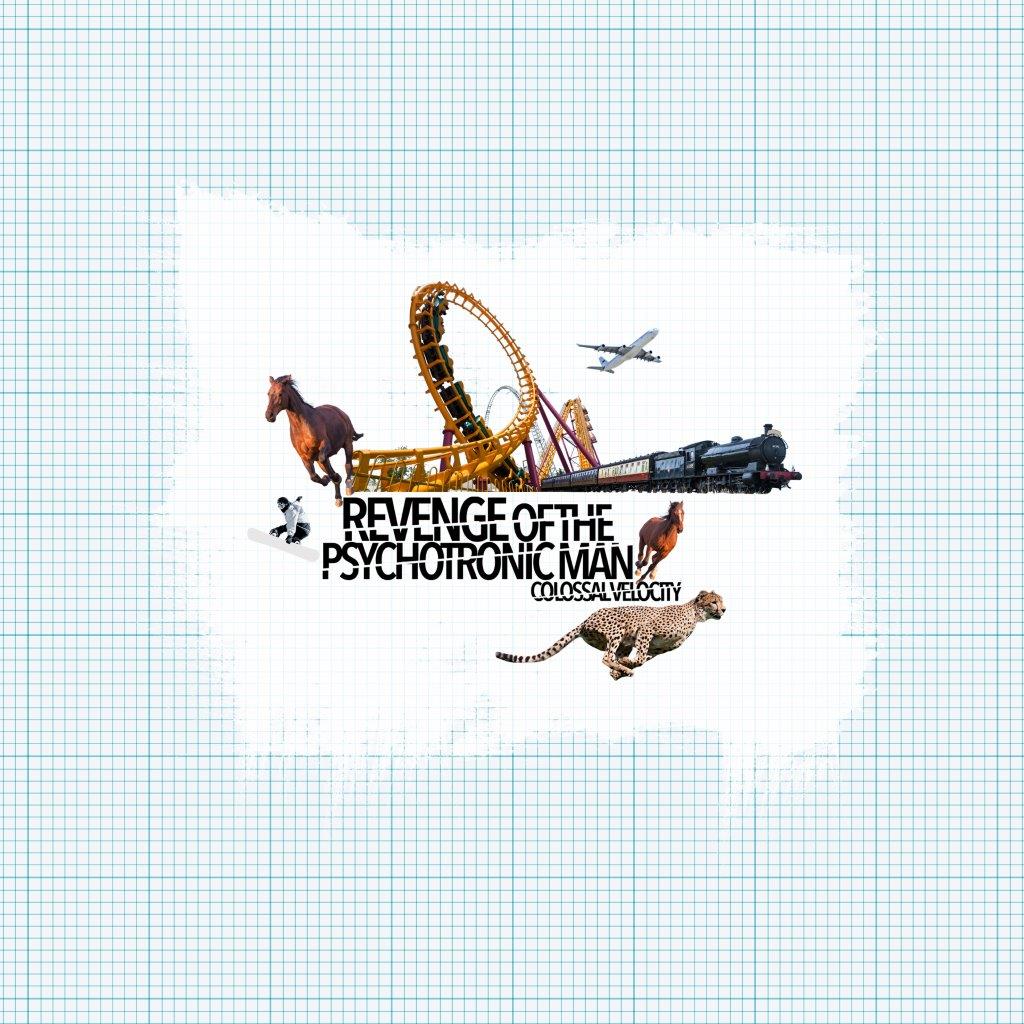 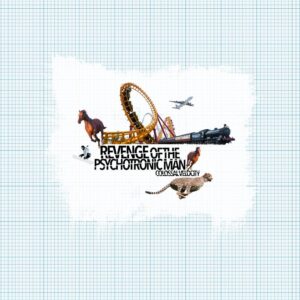 There aren’t many albums as accurately titled as the new one from Manchester based Revenge Of The Psychotronic Man – should you care to thumb your way through a dictionary, you would note that it defines Colossal as ‘extraordinarily great in size, extent, or degree’; whilst Velocity is defined as ‘the speed of something in a given direction’ – the cover hammers home the theme with stock images of particularly fast moving animals including a cheetah, a race horse, as well as a jet liner, and a roller coaster – and believe me, the contents do no fail to deliver!

ROTPM have with ‘Colossal Velocity’ crafted their most cohesive, and consistent release to date; a 17 track head crack of raging, humour ridden hardcore punk delivered hammer like to the base of your skull.

‘Colossal Velocity’ is the first album from the newly configured ROTPM; Tim Bevington having been replaced on guitar thrashing by Matt Woods – thankfully the line-up change has not resulted in any sudden changes in direction, fear not – there are no explorations into Malawian jazz fusion here!!

Opening with the head rush of ‘To Be Frank’ you are thrown into a blast furnace of propulsive rage that is underpinned with melodic structure, despite being just 67 seconds in duration, they even manage to throw in a admittedly small guitar solo, the genius of ‘Small Minded Nimby Prick’ speaks, well to be fair it screams for itself as it strikes out for humanity. Back in 2015 ROTPM were at the 0161 Festival in Manchester, when they heard a reading from Niall Quinn’ autobiography, that inspired the track ‘Niall Quinn’ the lyric being lifted from said (weighty) tome “In ’92 you saw him dance/wearing his famous disco pants”

The fantastically titled ‘I Am Absolutely Fuming’ leads you via a neat guitar riff into a maelstrom of explosive beats, slashing guitar and dual almost Restarts like call/response vocal barbs, its ridden with sublime energy though references a more measured hardcore edge; the vocal of ‘Stop Telling Me What To Do’ was surely hewn from granite blown from the earth’s crust!

‘I Wanna Be A Spaceman’ is a particular favourite, a collision of ROTPM rage with a buried ‘5, 4, 3, 2, 1’ count down built around a rubbery bass line and insanely intense lyrics as ROTPM look to populate Mars, whilst ‘Share If You Agree’ illustrates that beneath the wry smile ROTPM are both socially conscious and politically aware, it’s just that with ‘Colossal Velocity’ they have found the perfect medium to deliver their message!