Home News Revenge of The Psychotronic Man Vs Bootscraper ‘The Bear & The Tiger’... 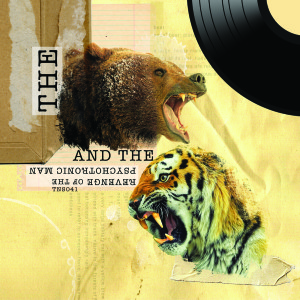 Manchester based TNS Records have just announced the release of what is sure to be potent firebrand album; a split release from label signings Revenge of The Psychotronic Man and Bootscraper.

The idea being formulated at the 2013 Strummercamp Festival – Manchester speed punk band, Revenge of the Psychotronic Man and Leeds Aggro-folkers, Bootscraper started discussing the idea of covering each others tracks and putting together a split to document the results.

If you are aware of both bands you will know that their sound is very different, with Revenge of taking fast to a new level and Bootscraper producing a big mix of county, Balkan, punk, sea shanty, rockabilly, bluegrass, folk, gypsy and blues music – we have covered both bands in the past; check out the reviews to get more of an angle.

Bootscraper reworked three Revenge tracks whilst Revenge sped up and shouted over four Bootscraper tunes. We love it when a plan comes together and we are sure you will also love hearing some original and exciting takes on some much loved tracks. You might have even heard Revenge of playing one of the tracks when they headed to Maida Vale to record a session for Mike Davies Radio One Punk Show.

Unfortunately, since the split has been recorded Bootscaper decided to call it a day playing their last gig at Pie Race Festival in Leeds. So their swan song is this release. What a way to go out. 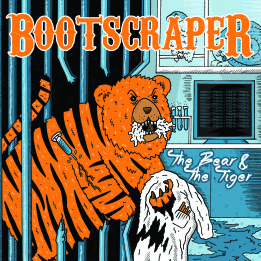 ‘The Bear & The Tiger’ will be released on Valentines Day 2015 on both vinyl and CD – the sleeve will feature artwork relevant to each band, in addition a Digital DL will be on offer;

TNS are offering a range of packages inc T-Shirts, hoodies etc all available for pre-order now.