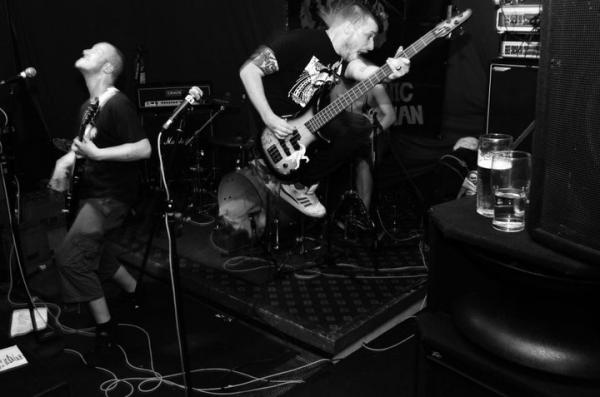 We like Revenge Of The Psychotronic Man; they describe their sound as “stupidly fast punk rock from Manchester” – if you’ve not heard them yet – check em’ out, you will be glad you did!

Manchester punk band, Revenge of the Psychotronic Man will be touring the UK in October/November to celebrate ten years as a band.

The band have played around 400 gigs all over the UK and mainland Europe.

Steve Lamacq picked a track from the album in his top five independent tracks of 2013.

The band also recorded a session for Radio 1 last year at the famous Maida Vale Studio. This session has since been released on 7” vinyl ‘In Session From Maida Vale’ (LTW Review)

Revenge Of… are named after the independent B Movie of the same name. Bassist/vocalist, Andy Davies co-runs the Manchester based independent label, TNS Records.

TNS includes a label, a fanzine, a radio show and an extensive store (featuring independent music from all over the world) and it is run on an entirely not-for-profit basis.

“One of the best DIY punk rock bands in the UK right now.” Lights Go Out