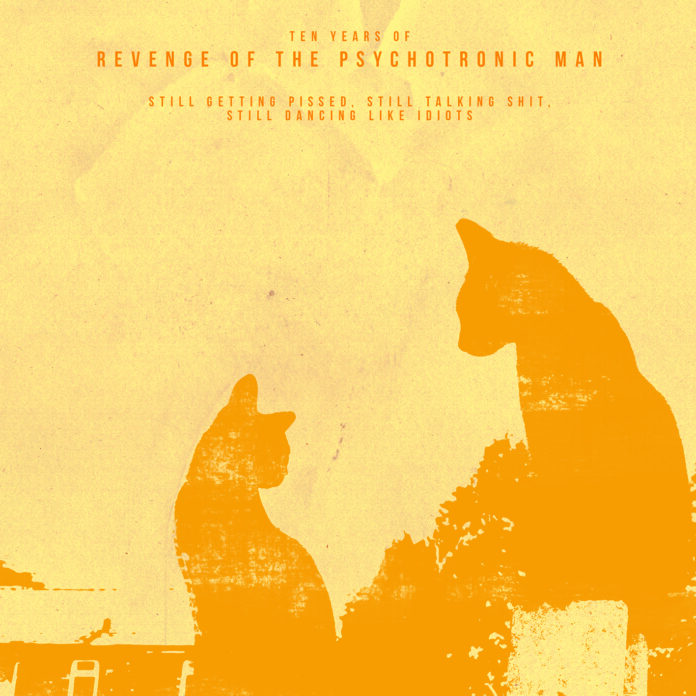 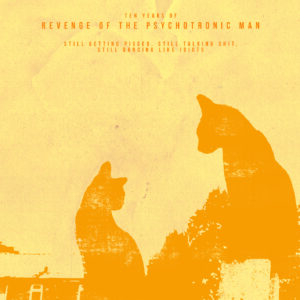 Manchester punk band Revenge of the Psychotronic Man celebrate their 10 year anniversary by releasing a special edition 7″. Louder Than War’s Leanne Durr has a listen.

Of the previous tracks, Get Pissed, Talk Shit and Dance Like An Idiot was released on TNS Vol.1 and Rita, Sue and Bob Too, their first ever song, appeared on their 2005 debut album Shitty Zombies. There are also two remixes of tracks from their 2012 album Shattered Dreams Parkway; the first by Tim G, who remixes Beer For Breakfast and the other by From The Cradle To The Rave –  Things I Have Learned In My Life So Far. The remixes are a world away from what you normally expect from a punk band but, somehow, work perfectly.

Revenge of the Psychotronic Man originally formed in 2004 in Manchester; they play fast hardcore punk but listen closer to the lyrics and you can hear that, although they may get pissed and dance like idiots, they definitely don’t talk shit. The band have the ability to write songs with a social and political conscience as well as ones that encompass the exuberant nature of getting drunk and having a laugh.

They recorded a Maida Vale session in 2013 for the Radio 1 Punk Show and in the same year Steve Lamacq picked a Revenge of the Psychotronic Man track as one of his five favourite independent tracks of the year.

10 Years of Revenge: Still Getting Pissed, Still Talking Shit and Still Dancing Like Idiots is available for pre-order with immediate download from the TNS records web-store and is released nationally on 14th April.

To catch Revenge of the Psychotronic Man live head down to the TNS records 10th Anniversary all-dayer. More information and tickets are available here.