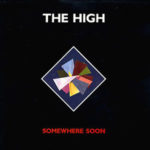 Big fan of Manchester group ‘The High’ Matt Mead tells his own amazing tale on how he tracked down band founder Andy Couzens and ended up in the possession of unheard High, as well as Stone Roses material. A real music fans story on how he played his own part in The High’s return and details what is now next for his favourite group as they look ahead to future dates and releases.

Matt Mead – So…where do I start…Nottingham lad gets THE HIGH back together!!?…or was I just dreaming it?! Here’s my story of innocent enquiries, to being contacted by the manager of The Stone Roses to the reformation of THE HIGH!.

I think it was back in 2013 when the chain of events started. A lad called Paul McAuley and I talked about Paul conducting an interview with Chris Goodwin (ex Stone Roses, Inspiral Carpets, Buzzcocks FOC, THE HIGH and Electronic drummer) for Paul’s Stone Roses fan site www.thisisthedaybreak.co.uk .I had been in contact with Chris probably for about a year at his time and I had been in contact with Paul regarding his superb Roses site previous to his intentions to run the interview with Chris due to the various interviews Paul had done previously with Roses related folk.

It was through this initial enquiry that Paul asked if I would be interested in doing an interview for his page and he passed me some contact details for some Roses related people.

Within these contacts was an email address for Andy Couzens (founding member of The Stone Roses and THE HIGH). I was a fan of the Roses and a massive fan of THE HIGH, they are my fav ever band, I still owned all of their back catalogue including singles Up and Down, Box Set Go, More… and their stunning debut album Somewhere Soon, I was that much of a fan at school in 1990 I even sang to some of my school mates This Is My World (track from their debut album Somewhere Soon) at lunch time, I got a round of applause, not sure if it was a sympathy vote though..ha! Anyways, I tentatively wrote an email to Andy, not sure what response I’d get being a complete stranger, fortunately when I explained that I wanted to do an interview with him for the Roses site he was welcoming to me and I ran the interview with him which was published on the site https://www.pdmcauley.co.uk/Interviews/AndyCouzensinterview2013.pdf

After conducting the interview I wasn’t going to let Andy go without enquiring further with him about all things to do with THE HIGH. Within the interview he revealed that he had kept nearly all of the DAT tapes of recordings of THE HIGH gigs!! I was amazed by this confession and obviously wanted to hear and enquire more of the tapes and THE HIGH in general. After little persuasion I was stunned that he said he would share some of the tapes with me and he was kind enough to send me some of the tapes he had kept, I managed to get them transferred digitally, these included many tracks and sessions that hadn’t appeared anywhere or been heard before, this was all a dream come true. All of the gig recordings were from the mixing desk, and of supreme sound quality, I was amazed they had lasted this long in such good condition and sounded so good!

Just an interesting story from this is the following: From then onwards myself and Andy struck up a decent communication structure and the trust developed as I sent back the tapes in a timely manner after. It was from these initial tapes that he revealed he had some tapes from his time in The Stone Roses, including rehearsal’s featuring never before heard versions of well-known Roses tracks, plus other previously bootlegged rehearsals tapes. After digitally transferring these Andy then revealed he had a one of a kind reel of pre Stone Roses band, The Waterfront, that featured Andy on rhythm guitar, Kaiser/Ian Brown Vocals, Chris Goodwin on drums, John Squire on guitar, Pete Garner/Mani on bass. Obviously this was an astonishing find and one that I thought the Roses base would be interested in. From the Roses related contacts Paul had initially given me, within them was an email address for Matt Squire, John Squire’s talented photography brother.  I wondered if any of the Roses camp knew of this reel and assumed it might have some sentimental value to all involved. After sending an email to Matt within a week or so I had an email back from who else but one of The Stone Roses current management structure, wanting to know where I had got the reel from and what were my intensions with the reel and they wanted to call me to know more! I thought I was in trouble, BIG trouble. Rest assured, we had a pleasant enough conversation, and after revealing who the reel belonged to and that I wasn’t going to distribute the reel etc… I was able to relax, although I wasn’t overly impressed the Roses management wanted to talk about The Beautiful South’s upcoming tour?! 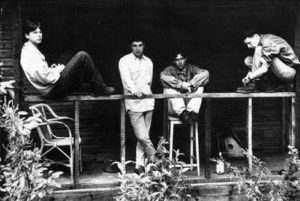 Anyways, back on track, with all the newly discovered material by THE HIGH I thought it would be good to do something with all this new material so other fans could to listen to the material. With the approval of Andy, I have since put many of the session tracks and live tracks on my soundcloud page https://soundcloud.com/the-high-2/box-set-go . I was then impressed to conduct further interviews with the original band members for a fan lead THE HIGH website www.the-high.com , Andy gave me a contact for John Matthews (ex Turning Blue, THE HIGH and One Summer lead singer), John had been rarely if ever heard from since the split of THE HIGH so it was really refreshing to hear from John and get his insights into THE HIGH, plus his experiences of that time including washing grapes. From this interview I thought I was on some sort of roll so tried my luck at getting in contact with Simon Davies (ex Buzzcocks FOC and THE HIGH bass player). Simon had completely vanished since the breakup of THE HIGH and Andy, John or Chris had heard nothing from Simon in over 25 years. Thankfully I was given a couple of leads on how I might get in contact with Simon, who it turns out now lives a comfortable life in London! After Simon’s interview Chris Goodwin laid down his interview for the fan site plus he sent to me a shed load of archive press cuttings, that he had kept from when THE HIGH were the flavour of the month with NME, Meloby Maker, Sounds etc…, that I duly put up on the fan site, and that was that, all of the original members of THE HIGH interviewed and I thought that would be the end of the story, how wrong was I?!

Sunday 31st August 2014, I received this email: ‘Hi my name is Steve Forster and i was THE HIGH’s tour manager around the time of the first album. I was looking at a possible reunion gig in Manchester Academy in 2015 as part of the the Gigantic festival we run. Here’s my telephone number….’

Wow…just wow! The unbelievable could take place, a THE HIGH reunion!!! I never got to see The HIGH in the early 90’s, they only played my home town of Nottingham once back in 1990 and I missed out, never enough pocket money J overly excited with the prospect of the reunion I promptly contacted the entire band, all of who seemed to be initially intrigued by the prospect of a reunion.  With all the bands blessing I gave Steve all their contact details and Steve did the rest. He met with Simon in London, then with John and Andy in Manchester and email correspondence with Chris. Sadly all couldn’t commit to the reunion due to personal reasons and work commitments, but Andy and John wanted to take off again with The HIGH again and they drafted in former Oasis roadie Tony Meehan on bass duties, Richard Thomas aka Manchester Piano on er…piano and Andy’s son Jack on drumming duties. 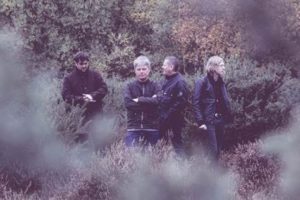 was a tad nervous as to what the new version of The HIGH would sound like, would they be able to pull off the unthinkable?! Regardless, I promptly took to task to get the news out on the WWW. I wanted to make as many people aware of this news so with the bands blessing I set up the official Twitter account @boxsetgo , which promptly exceeded all expectations and was swamped with followers, including ex The Verve guitarist Nick McCabe who commented ‘One of THE great lost bands…amazing band, powerful songs and guitar that sounds like dulcimer, spy movies and layers of snow in Eastern Europe.  I know, I need stfu. In an alternative universe, THE HIGH gain worldwide success and the Gallagher’s work at the McVities factory in Manchester making Jaffa Cakes’ High praise indeed.

I needn’t have worried about how the new THE HIGH would sound, the Gigantic festival appearance was the stuff of magic, all band members clicking into gear and causing shivers down each spine in attendance. Manchester had again awoken from its sleep to see a rebirth of Manchester’s THE HIGH.

From this first gig in over 20 years where to now you ask? THE HIGH are firmly on the comeback trail, with further gigs played in York, a Strawberry Studios celebration and the upcoming Shiiine festival appearance supporting Echo and The Bunnymen https://www.bigweekends.com/the-weekends/specialist-music-weekends/shiiine-on-weekender.aspx plus, excitingly, a superb new single ‘Kiss The Sun’ premiered on Manchester local radio last month and a promised proper release later this year, the band are well on track to record their first album since the unreleased HYPE album, which is to receive a first full release alongside Somewhere Soon and other material to be rereleased first on iTunes on 6th May 2016  with a physical release hopefully later this year, all of which will be available via their official new website www.the-high.co.uk .

In amongst all this exciting news I was also able to make an appearance on Liz Kershaw’s 6 Music Saturday radio show to talk up all things to do with THE HIGH and Somewhere Soon https://soundcloud.com/boxsetgo/the-high-6-music-liz-kershaw-show-19032016 . For me personally hearing THE HIGH’s material on the radio again was such a great feeling and felt like all the efforts I had made had fallen into place. Obviously my love for THE HIGH hasn’t wavered and it’s been really special to share with other fans our love for one of THE underrated bands from Manchester….here’s to the next stage of this incredible journey! See you Somewhere Soon….