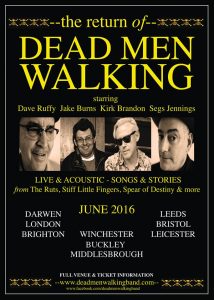 “It’s been a while” – this was the quote that announced the return of Dead Men Walking, the ever-changing punk super-group (can punk and super-group be coupled together, have I broken a cardinal punk rock rule?) that has irregularly gathered a myriad of punk notables together to go out onto the road and to perform a selection of each others material – old friends who happen to come from some legendary bands and (somehow) find themselves having the time, drive and desire to do something together – something a bit special. It’s a collaborative effort; everyone writes, everyone sings, and having seen previous formations I know that everyone who sees the shows loves them.

The most recent live dates taking place in late 2014 when Dead Men Walking played at legendary Los Angeles venues The Viper Rooms and The Troubadour; as such anticipation is high for this short run of dates.

Despite being essentially a live project, an album ‘Easy Piracy’ was released via Slimstyle Records in April 2015, prior to this two live albums were released in 2001 and 2003 – at this stage no clues are emerging from the DMW camp to suggest any of these dates might be recorded. 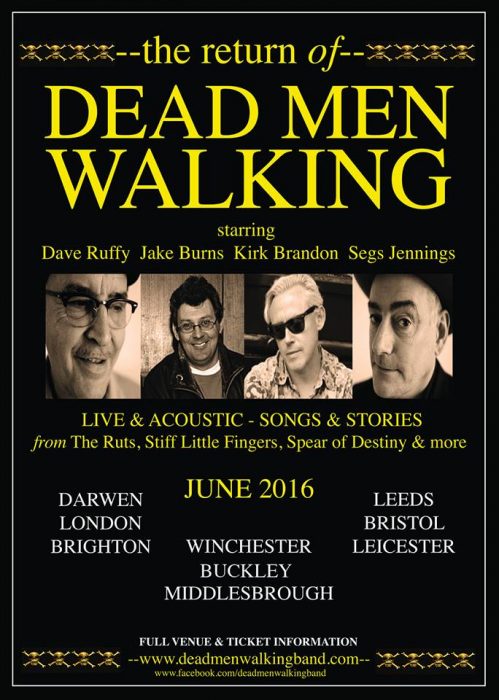