Home Music Bands Resurrection – A Tribute to the Stone Roses: The Globe, Cardiff –... 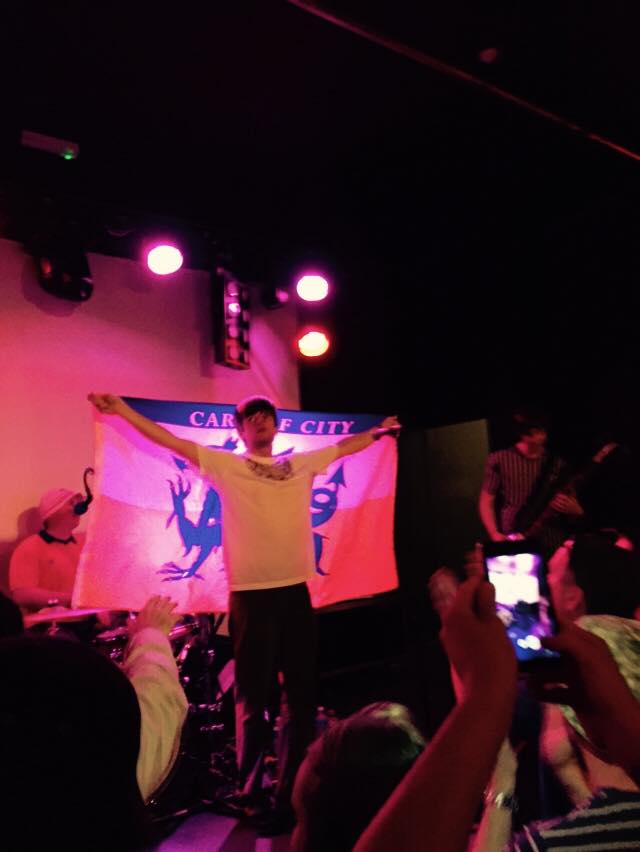 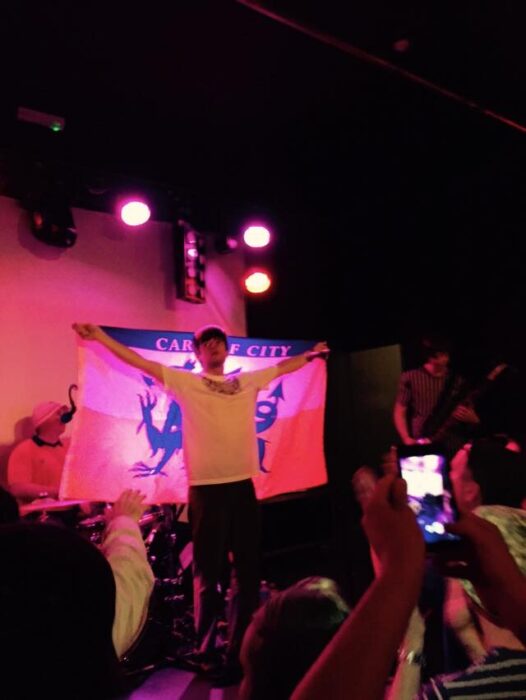 Resurrection – A Tribute to the Stone Roses,

Louder Than War’s Nick Fist headed down to Cardiff’s Globe venue in order to see Resurrection, a Stone Rose tribute band. Can they recreate the heady days of the ’90s?

Info, like stage times, is not always easy to garner at this venue. We were there at 8 o’clock only to find the place virtually empty. The band did not eventually come on until gone 9:30, so we had a bit of a wait.

By this time, the place had filled up considerably, with many people not arriving until after 9 – if they hadn’t found out in advance, I suppose it was more a case of making an educated guess about when things might get underway. It was hot in here, so staying away until the start time proper was key.

Before even the band were on, someone had placed a Cardiff City/Wales flag on the monitors, and this was to set the tone for the night. All throughout, there would be much chanting of “Bluebirds” and doing of the ayatollah. My young female companion, who I wanted to initiate into the cult of the Stone Roses (though it was she in fact who’d given me the heads-up about the gig, having seen a poster in town) was a bit mystified as to just why there was such a strong football following in the crowd, and asked whether this happened at all Roses gigs. I reminded her that in the case of it being Cardiff, a certain shirt throwing incident that is part of both Cardiff and Stone Roses folklore might be a partial contributory factor.

In fairness, despite the rowdiness, there was never a hint of any trouble. I ran into a guy I used to see often at Cardiff games, the author, no less, of one of my favourite books on Cardiff hooliganism, “Patches, Checks and Violence.” He’s well into his fashion, and there was a range of attire at this gig, with Ellesse clothing definitely seeming to be back in vogue. But anyway, for a large part, tonight, he was leading the dancing at the front. The size of the crowd was ideal to allow a good space for some extravagant shape throwing by many.
There seems to be something about tribute bands where they do seem quite happy to let the crowd just enjoy themselves, and get involved – let’s face it, to base a career on looking and sounding like another band, you’d think they’d have to be pretty big fans themselves, so of course you’d expect them to be quite happy for other fans too. This particular tribute band are no great lookalikes – “Ian” would probably be better as an Ian Curtis in a Joy Division tribute, “John” had the hair and the shirt, but not really the looks, “Mani” had the shirt, but definitely not the looks – picked more for his skills on the bass, I expect – and “Reni” was a little more portly than Mr Wren (although he himself has put on weight in recent years, I think!), but of course, with Brazil top and bucket hat, it worked ok. With lemon designs in the background and on the drum-kit, and with Ian carrying off the swagger pretty well, the general look was there.

Most importantly, the sound was there. Very authentic guitar parts; the presumably deliberate, never perfect vocal. All carried off very well.
Plus, a pretty amazing set-list. Despite just the two albums, with enough non-album singles, a few good b-sides, and with the debut album having barely a filler, any tribute act is not going to find too much difficulty selecting a decent list of songs. There was I with my “Standing Here” t-shirt (the only person, as far as I could see in a Stone Roses t-shirt! Never know if it’s really the done thing when watching a tribute…), and that was one song they didn’t play, but it was “Adored”/”She Bangs The Drums”/”Waterfall” for starters, as you might expect, a smattering from “Second Coming”, including “10 Storey Lovesong” melding, as per the album, nicely and effectively into “Daybreak”, “Fools Gold” of course (long, and awesome), “Elephant Stone”, and all the other greats from the debut album.

“Good Times” was a slightly unusual choice I thought, but the lyrics seemed fitting for the mostly 40-something crowd. Tonight was all about having a good time, and remembering the good times. It was very much carefree, at times almost descending into mayhem, but never quite tipping over the edge. Roses crowds are amazing cross sections; different classes and cultures, but they come together and don’t seem to clash; there’s just a great feeling of love, it always seems.

By the end, with the inevitable “Resurrection”, the whole place was just one rocking party, but bizarrely, I suddenly felt this wasn’t quite right, with it not being the proper band on stage. This thought, I can assure you, stemmed purely from alcohol consumption however.

It’s four years now since the real Roses reformed. It’s weird in a way – they still haven’t done much! No interviews, no new songs – keeping up the mystique, just like in the old days, in many ways. But one significant thing they still have not done is play a gig in Wales. Judging from the reaction to this tribute act – albeit a very good one – if and when The Stone Roses do finally name a date, the night is going to be one of complete bedlam!