An evening of classic Electronic Music, Saturday May 4th 2013
The Roundhouse Studio Theatre, London
Tickets £12 advance, £14 on the door

Not so much a release as a call to arms, or at least the opportunity to attend a night of electronic combat of the highest order. Five artists, of which ATTRITION is undoubtedly the best known, but to this writer who is of a certain age it is the name NAKED LUNCH which is making the heart beat that much faster. Having been groomed by Stevo’s Some Bizzare album, one of its standout moments was indeed ‘La Femme’ by NAKED LUNCH. Here in all its pulsing glory is this prophetic slab of prodding pulses, flailing phases and vox. It was the start of the 80s and Naked Lunch were a key element in Futurism/electronic-punkpop and in the development of the legendary Some Bizzare label itself. Sadly they did not survive the fall-out but “She’s a follower of fashion…” can now be heard in all its pristine rhythmic glory and later on the night rebounding off the Roundhouse walls.

ATTRITION need no introduction because Martin Bowes has been supplying us with intravenous electrodes for 30 years. Here he provides the Void Prototype remix of ‘Narcissist’ from the newly released The Unraveller Of Angels album. Bass-heavy and driven, it’s an assaulting club mover with sweeping, disturbed vocals. Surely played LIVE and LOUD for best effect.

‘Today’s The Day (redux)’ is a moving piece of treated piano, soft-spoken vox and fragments of percussion by duo CULT WITH NO NAME. In existence since 2007 they’ve collaborated with names as large as John Foxx and Tuxedomoon and released five albums of quality human electronica. Polished and precise, definitely a ‘listening’ experience.

Opening the EP is MILD PERIL. The brainchild of Chris Gilbert who is best known for presenting the EBM clubnight Endurance, his ‘Delta Zone first sequence’ pays pure homage to John Carpenter et al. It’s an instrumental journey of sequencing peaks and troughs, beats and beautiful analogues. Takes me back and there is absolutely nothing wrong with retracing the glorious past when in the right hands.

JOHN COSTELLO is the dude behind subunitfive who has worked previously with Martin of Attrition and released two cassette albums in the heady mid/late 80s. He easily puts a marker into EBM territories whilst updating its sound. ‘Lock Load Aim Fire (hard mix)’ does exactly that, cocks the trigger and blows. Forceful in movement, spewing with machined voices and pulses… Highly intoxicating. He should present some live set aided by a Tenek compardre on the night itself.

All the artists here are worthy of admission, but I have to admit it’s the fact Naked Lunch are back which is making me so fucking excited! Pop over to Bandcamp, download now and then prepare to make the trek to London for Reproduktion13 where a variety of electronic excursions await. 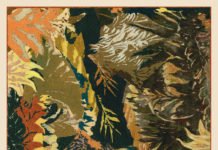 The Cutler ‘Everything Is Touching Everything Else’ – album review

September 9, 2013
We use cookies to ensure that we give you the best experience on our website. If you continue to use this site we will assume that you are happy with it.Ok