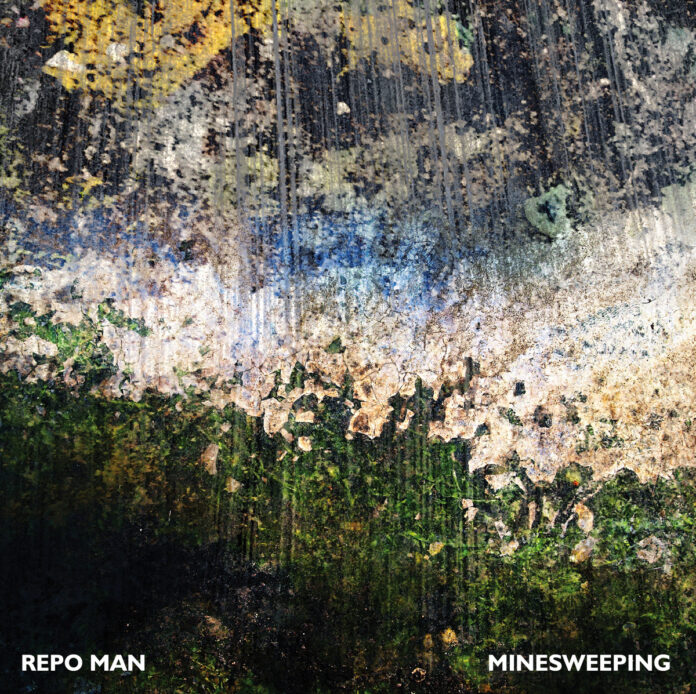 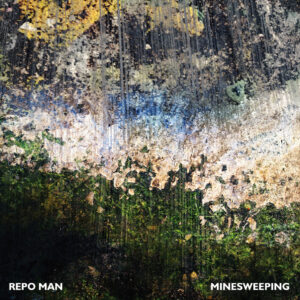 Bristolian noiseniks stunning second album of post-post-punk.  “John Wayne was a fag” says Ged Babey. The Hell he was.

Bristol has always produced some amazing, unusual and uncompromising bands and Repo Man seem to be the latest. They could be the spiritual, if not sonic ‘bastard children’ of two of my favourites from back in the day; Glaxo Babies and the Art Objects (who mutated into Blue Aeroplanes).  This could well be complete geographic coincidence and Repo Man are quite possibly oblivious to the work of either, but who can say?

Whatever, it’s definitely and defiantly post-punk noise / pop art / poetry no-wave which takes a few listens. (What used be called ‘art wank’ by unbelievers.)  It’s awkward music which shies away from verse chorus structures and such dull, predictable strictures. The singer, who rejoices under the wonderful name Bojak, for starters, does not sing, he kinda recites shouty poetry over the music. There is a bit of Mark E Smithyness about what comes out, but the music is nothing like the Fall. More Gang of Four meets the godlike McClusky (precursors of Future of the Left) via the Pop Group & Sonic Youth.

The guitar is abrasive and discordant but still eminently listenable and tuneful even. If you remember with affections the Fast Product release by (the) Scars – Adult(ery) / Horrorshow then you’ll know the kind of guitar on offer here.

Despite my usual if-you-like-that, then-you’ll-love-this comparisons there really isn’t another band around currently who sound quite like Repo Man (or if there is, I’ve yet to discover them.)

The lyrics are bizarre, literate and use a wide, non rock ‘n’ roll vocabulary too  (Capricious, asinine, rebuttal, affirmation, livid, delirium …) Characters featured in song include an “accordion-wielding amputee” and a “bed and breakfast contortionist” and what it all means, well, fuck knows? Lyrical surrealism or just plain nonsensical mischief.

Like Devoto’s lyrics you get the feeling that they are prose which should be extended into plays or short stories instead of being condensed in three-to-five minute chunks making them song-sized. (I should probably throw in some references to Beckett or Dostoyevsky hereabouts, but I’m not well-read enough and I’d be bluffing, so I won’t bother.)

This is one of those albums that the more you dissect and try to describe it, the worse it sounds on paper. The label ‘noise-rock’ does the band a huge disservice as musically it’s quite complex and technical, but it still sounds suitably garage for my tastes. It is Bojak’s delivery of the words, which goes from menacing to maniacal, which are the key to the success of this quite remarkable album.

And, yeah, my interest in hearing the band was solely down to the fact that they named themselves after the Alex Cox movie with Emillo Estevez and Harry Dean Stanton. Without doubt the best comedy / punk rock / aliens / critique of capitalism / car chase movie of all time.

“He is too you boys. We installed two way mirrors in his pad in Brentwood and he come to the door in a dress…”