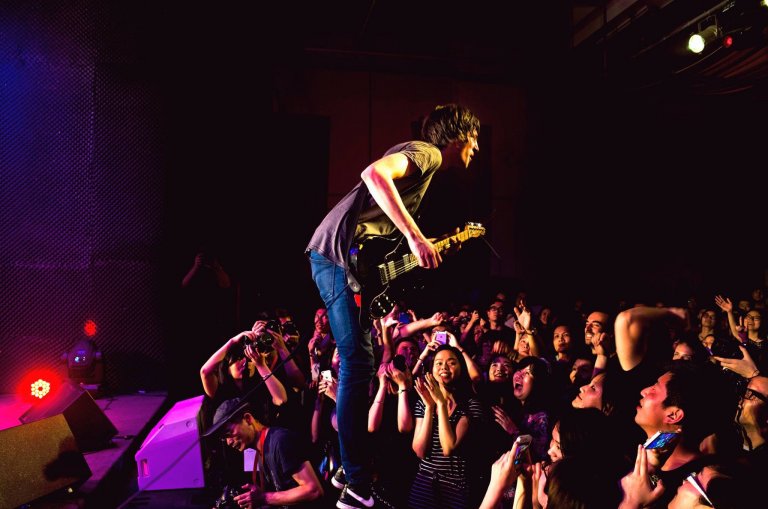 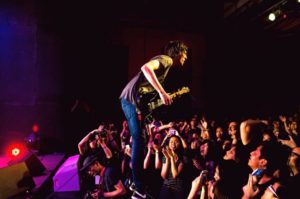 LTW boss and frontman of the Membranes has seen what he feels are ‘the best guitar band in Europe right now!…

If all great rock music is about electricity then Repetitor come supercharged.

The three piece make guitar noise that is so thrilling, so charged, so perfectly written and played that it is a visceral thrill just to watch them play. Onstage they twitch in the wind tunnel of their own sound. It’s enormous and powerful. One great anthem after another. Every song packed with ideas and twists and turns and perfect dynamics.

They make you fall in love with guitar rock all over again and are arguably the best guitar band on the planet right now. They are the 21st Century Nirvana who have come to save rock.

You know when you are watching a band right at the top of its game?

It all seems so effortless and perfect- that balance between chaos and genius, that perfect synthesis of all the members, the noise and electricity, that massaging melody?

Right now they are Europe’s best kept secret. From Belgrade they are packing them in at gigs in the Balkans nearly a thousand in there tonight watching the band deliver their 21st century Nirvana with an ecstatic glee.

When I say Nirvana – I’m being lazy – there are three of them – a skinny beanpole boy on guitar, Boris Vlastelica,  who plays like his life depends on it and two amazing women – Ana Marija Cupin on bass and Milena Milutnovic  on drums who are are arguably the best rhythm section in Europe right now with sinuous heavy bass lines holding the melody down and these stunning powerhouse drums that are both powerful and rhythmically mind blowing – the perfect triangle – there is no weak corners in this band!

Song wise they never rest on their laurels they switch from driving bass driven melancholy like some kind of grunge flecked Joy Division to seat of the pants garage rock. Everything is powerful and thrilling but it’s their command of dynamics is stunning, the guitar dips in and out and switches from shreds of rhythm to feedback drenched noise to an avalanche of powerful sound as the songs mash up post punk, grunge and noise into a new template.

Sure a few people have been in this direction before- like I said there is a hint of Nirvana in there somewhere but let me tell you I saw Nirvana several times at this stage of their career and they never had the inventiveness and musical chops Repetitor have.

It can’t be long now before they burst of of the Balkans.

What are you waiting for?