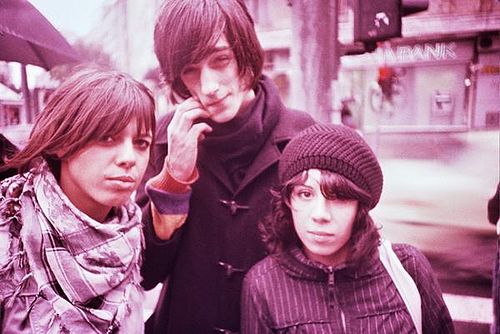 There’s so many festivals now that your head spins trying to keep up.

There are the cultural monolithic festivals- the sprawling burger fests where the music is the background to the herding of gullible youth from field to field to watch the Kings of Leon or some former indie icons pretending to be alternative and there are the niche festivals run by music fanatics in odd locations.

Tonight we find ourselves in Leiden- a beautiful university town in Holland. My band The Membranes have been asked to play a festival called CULTUUR BARBAAR by Richard from the great Incendiary website- I also get the chance to deliver a lecture on freedom at the local university – that kind of stuff is priceless and the gig and speech are delivered but we are not here to puff our chests out and write about ourselves but to enjoy the other bands on display and grapple with the idea of the ‘nod groove’- that swaying of the head to the great gonzoid pulse that is at the heart of all great modern rock music.

The ‘nod groove’ is that back to back sway of the neck to the timeless grinding ooze of rock and is in full on mode tonight when Repetitor take the stage.

Repetitor, who are touring hard, are part of a new generation of Serbian bands – the so called new Serbian Scene- and have the nod groove down to a T. With a brilliant combination of the desert rock- neo psych trip of Kyuss and that tough yet tripped out late Black Flag thing down the band take this kind of rock with a twist and melt it down into new shapes.  Sonic Youth are in the mix as well but it’s quite touching when their guitar player professes almost embarassedly to a an initial love of Oasis in his far flung youth and how the 24 Hour Party People film had changed his life before he went on his alternative rock jig.

For starters they sound tough- built around sinuous hypnotic bass lines their music has that dynamic sludge power of proto grunge or hardcore when it went it wonky but it never loses its focus.

With three girls and one guy in the band things are always going to be different, with the feminine touch adding something quite special to the band’s grooves and allowing for some special harmonies of the vocals that sometimes enter an almost spooked, darker homegrown folk edge. They also really kick ass in that time honoured way of rock but combine this with a tension and groove that marks them out as a really cool band.

They have the sound of a group that plays a lot of gigs – that innate understanding of eachother’s riffing and the tension and ebb and low of their music really adds to the power groove. Already building a good following across Europe this is a band that could really do some serious damage in the UK.

Support tonight came from Las Kellies are an Argentinian three piece who adore the post punk dislocation of groups like Girls At our Best and the Delta 5 with an added touch of the Slits thrown in for good measure- it’s a perfect inspiration for three woman in love with those long lost British bands defying the maleness of rock all those years ago and inventing a whole new template of discordant guitar, taut bass with a punk funk dynamic and disco drums into a new kind of music that took most of the planet about thirty years to catch up with.

Las Kellies are a marvel to watch- again it’s that intuition and the ability to play as a perfect unit locked in tight with eachother which is part of their charm. They arrived at the gig late and were straight out of their car and onto the stage like it really didn’t matter and armed with great songs and a perfect razor harmonies they recreate that agit post punk but with a 21st century urgency and further proof of the international nature of thrilling and interesting music in these times.

The packed squat venues seethes with the thrill of alternative culture in its truest sense of the word and even the DJ -Deejay Miss World – was great with a set of Peruvian grooves that are mind bowing- it’s been that kind of night.