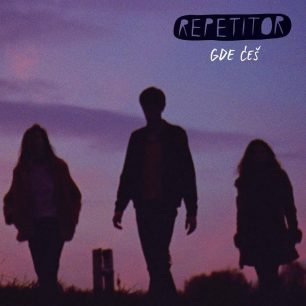 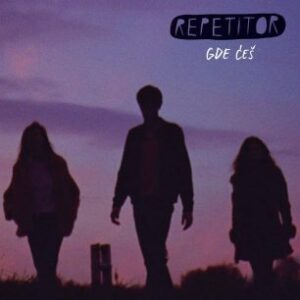 Oh dear. I appear to be writing about a bunch of foreigners doing what us Brits do best, making guitar rock music. I really should know better and send the LP I’ve been listening to back to where it belongs and make sure the band in question doesn’t come to Poundland because, after all, we’ve only got room and resources for honest, traditional, British bands. It’s not that I’m racist, I’ve got a Marvin Gaye LP somewhere, but where on earth will the next generation of Arctic Monkeys copyists play if all the venues are closing and becoming betting shops or overpriced flats (nothing we can do about that really, because that’s the way of the world isn’t it, that’s economic growth, but even so, what’s left should be ours by rights). From the Balkans too, this bunch, even worse, and singing in their own language what’s more. Everyone knows rock and pop is sung in English. Always has been. Wish they’d learn a proper language, eh? Never mind, we’ve always got Adele and Bake Off.

Luckily this is Louder than War, not Breitbart or John Gaunt, or The S*n. And luckily, we all know that intelligent music – from illegal jazz clubs in Paris in the ‘40s to Sun Ra and Moor Mother Goddess, to Sleaford Mods – is an international language that is too cute for things like boundaries, whether mental or physical. It may be hard to fathom right now, when everyone’s fed up to the back teeth of self-righteous, powerless gobshites and twits yelling at each other, but intelligent art forms, like Repetitor’s new LP (for that is what, ultimately, this piece is about) win in the long run. Even when they get a constant kicking. Regardless of present distractions, bands like Repetitor understands the Native American maxim of looking ahead and speaking to those from seven generations in the future.

Repetitor don’t give a fuck about us anyway. They’re from Belgrade. They grew up whilst their country tore itself to pieces in a real conflict, not like our oven-gloved, banter-laden stand off. They know what real rage is, and where it should be directed. Their cool (and they are cool, cooler than any band this last 25 years) is the cool of experience, of cooling off, of taking a long, hard look at the blue meanies and calling them out.

Looking ahead and taking stock, Repetitor have made a timeless rock record, timeless like Unknown Pleasures, or Underwater Moonlight, or Kick out the Jams, or Fresh Fruit… They’ve made a record, in an offhand, totally natural manner, that sets them up alongside the great and the good. There is no copying here. They’ve just drunk the rock’s ambrosia, and they want more. Who gives a fuck if the Serbo-Croat lyrics make no sense to a cloth-eared Brit? You just know this is heavy and vital stuff. Sometimes the guitars have that dumby-dumb way of marking out a beat as those of The Ex. Simple and effective. Sometimes the thing starts to get into early Stooges territory, all brat-squeal and lippy. Sometimes, like one or two of Amon Düül II’s madder moments, it feels like the band are reading ancient texts. Check out Jadaci and Kralj Ničega.

And they have all the time in the world. Tunes are sacrificed to underpinning simple, groovy constructs, and that lack of breathlessness (which so drove their last LP, Dobrodošil Na Okean) gives space to powerful, basic workouts. Rock’s dynamic, tectonic, ichor-like basics. For a relatively short record, there is a feel of a fathomless, unquantifiable patience at play. The rockers aren’t at breakneck speed, they audibly strain on the leash, but they are never really given their head. Their inherent frustration with everything and everyone (as heard in drummer Milena’s brilliant off-mic scream just before the kick off on Ako Te Ikada) just feels like there’s more ammunition to fire the record up, and consequently, there’s no need to show off about anything. A case of hiding in plain sight.

But there is more weight here, the metallic clang and the insistent, spat out message – two key elements of their sound – have been working out on the sonic bench press. Repetitor always sounded hard, but now their sound is deeper, with a cavernous echo, like a steel plant running on overtime. Just listen to Ako Te Ikada and the white hot scree kicked up by Beskraj. And, as I hinted at earlier in this review, Gde Ćeš sounds ancient too. The band are not concerned about being in your face any more, rather this sound is unlocked from the back of your mind. Some deep metallic ore that’s formed in your bone marrow and has been shaken loose. You can feel it. The great records have that. It is a timeless record in places, akin to Closer with the brilliantly simple plainsong-like tracks like Crvena and closer, Ekspedicija.

Overall, Gde Ćeš is not as enervating or as catchy as their last record, but it isn’t as patchy or as flippant either, or as anxious to make a point. It’s plain to hear that, right from the stealthy beat of the opener Suženi Snovi, Repetitor have grown into their own skin. Once purveyors of a street corner, scally menace, they now have a real sense of power and grace, and their anger has the “fearful symmetry” of Blake’s Tyger. Gde Ćeš feels like it has 20-20 vision. The band are hardened and streamlined and revved up, and have obviously learned how to direct their sound; probably through the last decade of what has, from the outside, looked like constant touring. In discovering how their live sound works, and how it moves people – whether through rolling around the floor in reconstituted Dutch bike sheds to big stages with compressed sound – it’s as if they’ve transcended to a new level. And if you’ve ever seen this band live, you’ll know that there aren’t many who can thrill on a stage like Repetitor. Get into this. And go and see them. As soon as possible. Go check it out on Moonlee Records.