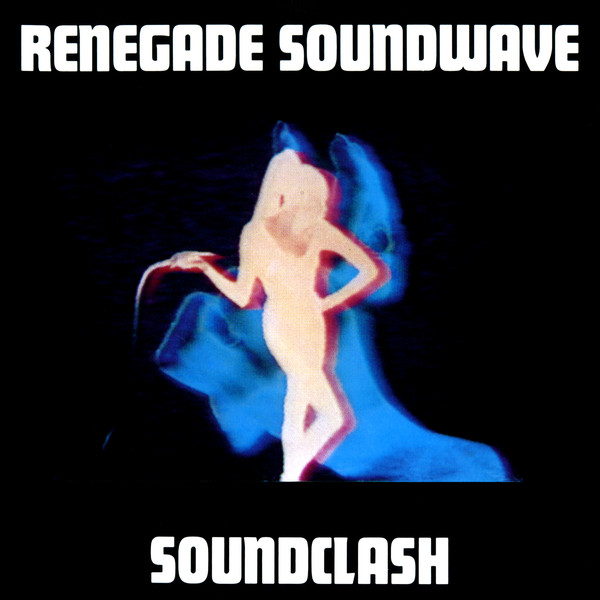 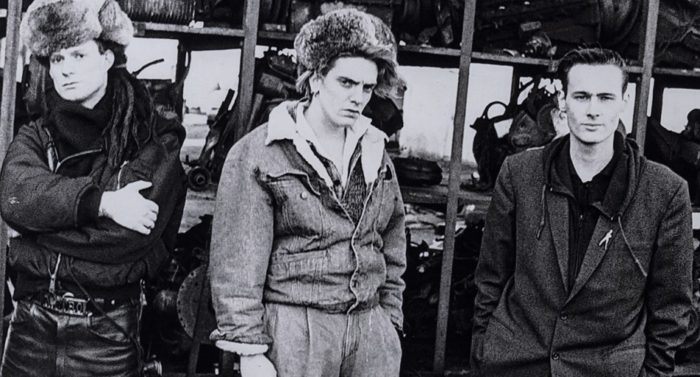 Electronic outfit Renegade Soundwave provided hypnotic soundtracks that were played at nightclubs in the early 90’s with tracks such as Probably A Robbery and The Phantom. Matt Mead tracked down original member Gary Asquith for his memories of the time for this exclusive interview for Louder Than War.

LTW: What are your early memories of growing up?

GA: I grew up in a conventional working class fun, and sometimes chaotic, environment. My parents were pretty straight and worked hard to provide for me and my older brother Ronnie. My mother and father never visited pubs or drank at home, except once a year when my father might throw a party where lots of Covent Garden Market night porters would descend upon our house with their partners. For some unknown reason I remember a tune called Calendar Girl by Neil Sedaka being played at one of these parties, it had woken me up. When I turned 8 or 9 I’d always jump in my dad’s van during the summer school holidays to go to Covent Garden Market with him during the evening to earn a few quid. That’s the old Covent Garden before it moved to Nine Elms. I grew up in a house with two Ronnies. Both my father and brother are Ronnie’s.

What are your first memories?

I remember finding two £1 notes in the gutter close to my family home on my way back from school and trying to calculate how many packets of Batman cards I’d be able to purchase with my new wealth. I only got half a crown pocket money a week, so having £2 was a major mind fuck.

My father religiously played Frank Sinatra, Dean Martin and Nat King Cole records on Sunday mornings. That was our church music I guess!

I can remember repeatedly listening to an old Rolling Stones single I Wanna Be Your Man plus the B side Stoned. The track Stoned seemed mesmerizing, I couldn’t get enough of it. I hadn’t a clue what it was about at that time! My older brother was quite important musically in my formative years while I was still in short trousers. He’d play some great reggae, soul 45’s  like You’ve Got Soul by Johnny Nash, Wet Dream by Max Romeo, Ride You Donkey by Tenners, Clint Eastwood by the Upsetters and Spoogy by Lester Sterlin. These tracks are part of my early musical development, I still love them today, like I do Frank Sinatra & Nat King Cole.

I loved T Rex and can vividly remember buying Ride A White Swan when it came out. I read recently a brief interview with Peter Hook where he mentioned that his first 45 acquisition was Ride A White Swan and his favourite album is Berlin. Quirky, but that’s exactly the same for me.

Were you in any bands before RSW?

How did RSW form?

Renegade Soundwave started in a New York loft space that belonged to a member of a group called Live Skull when I first started jamming with Karl Bonnie in 85. We weren’t called Renegade Soundwave until later, but that was the point when we decided we’d be working together, I still have the cassette from that session. A year later we’d be back in New York playing at the Danceteria club on West 37th Street with my pal watching ex Adam & the Ants bassist Kevin Mooney’s outfit Wideboy Awake. We were called Murder Music for the Danceteria gig, which was a song title from my Rema Rema catalogue.

Who were RSW musical influences?

Did you have a plan to achieve national/worldwide success when you formed or was it a case of creating music you enjoyed?

We didn’t really have world domination plans. We had each other’s energy to feed off, then we started to forget what that energy was.

Songs start in different places. Sometimes with a lyric or a bassline. Ideas for me flow when I’m in a state of contentment.

How did Kray Twins come about?

Kray Twins started in a rehearsal studio we used when we first started out along with Blue Eyed Boy, Cocaine Sex and Murder Music plus a few other gems. Kray Twins is a crazy track.

Biting My Nails and The Phantom were dancefloor favourites. Do you have any memories of seeing/hearing your music in any nightclubs?

I remember going to the Mudd club when Cocaine Sex had just come out and people exploding with excitement on the dancefloor. I’m not 100% sure, but I think Mark Moore (S-Express) was Dj’ing

Probably a Robbery was the song that introduced me to the band. What was this song about and how did the song come to fruition?

We wrote Robbery while in the studio putting Soundclash together. It was just a lyrical idea that grew. It’s about a botched Robbery. I’m not a huge fan of that track if I’m honest.

How did the band become signed to Mute records?

We were originally with Rhythm King Records which was a Mute dance label subsidiary. Daniel Miller asked us to sign when things started to go wrong with our Rhythm King arrangements, we were thinking about finding another label. Renegade Soundwave has suffered from some seriously bad decisions from Mute Records in recent years with regard to our catalogue that I believed was for Mute Records & Mute Records only. We’re now with the clueless BMG having been with the evil EMI empire for several years. BMG have the distinction of buying the RSW catalogue and not knowing a single track. Shameful shit. If I knew then what I know now I would never of signed to Mute records.

Your debut album Soundclash followed after. How did the album come about? Did you have all of the material before you entered the studio?

Where did the almost Tales of the Unexpected sleeve design come from?

It was a still taken from the Biting My Nails video.

Were RSW a live outfit? If so are there any favourite memories from playing live?

We played a tour called Orientation in New Zealand in 96 where we were pretty sharp. Wellington was an especially good night from my memories. All the shows sold out, we put on a sparkling performance throughout the tour.  I’ve never known why sometimes you’ll be great and sometimes not. It’s very important that the sound guy get what you’re doing, sometimes that can be a problem if he doesn’t. A couple of years back I did a gig at the 100 club and the fella who was doing the sound had also done the sound for a Rema Rema gig I’d done supporting Cabaret Voltaire and Throbbing Gristle in 1979. It was like we’d had a magical re-connection, you just knew you were in safe hands.

You went onto record a further 3 albums for Mute. What are your ultimate favourite tracks from these albums?

Was there certain stresses within the band at any time?

Ummmmm, we were doing so well until this question came along.  I personally have too many disappointments with Renegade Soundwave to mention. We made some great tracks, not enough and I’m responsible for a lot of those disappointments. Not all, thankfully!

Surplus to requirements at Mute Records.

What have you been doing since the band have disbanded?

Bloody hell, it seems like a different world from when I did RSW. My Le Coq Musique record label titillates me. I’m finding life easier now I can sleep in the dark.

Chemical Brothers have cited RSW as big influence. Can you hear RSW in their music?

I can hear Renegade Soundwave in Renegade Connection. I don’t really listen to the Chemical Brothers music.

What are you up to these days?

Finally, what’s on your turntable at present?

Renegade Connection can be found via their Facebook page.