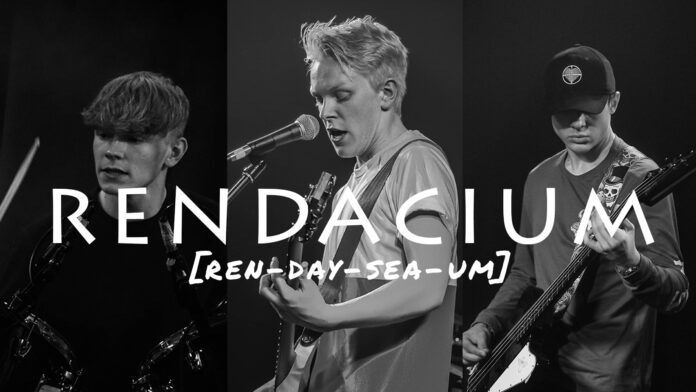 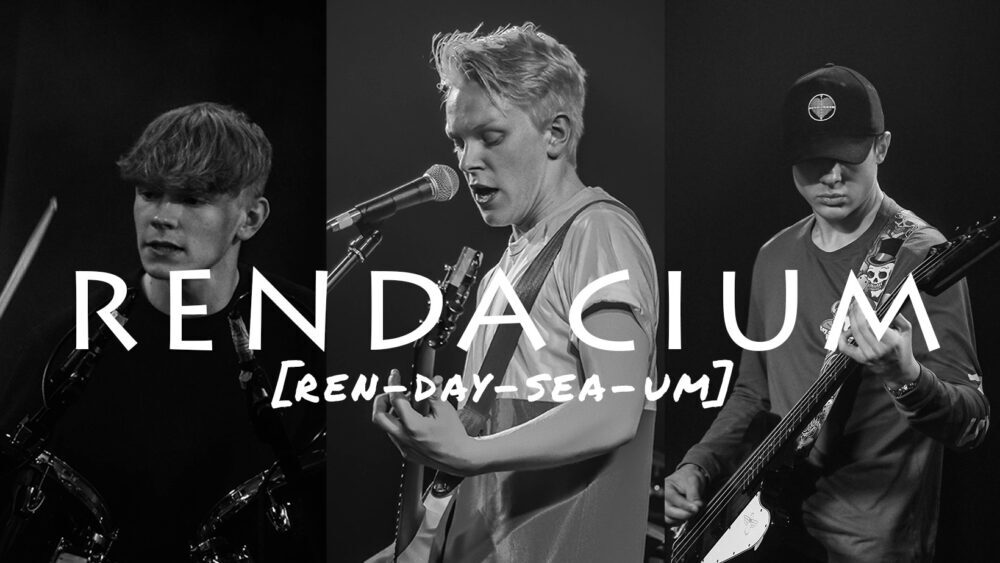 Rendacium is a young three-piece from the East Midlands who formed three years ago. Nigel Carr reviews their first single for Louder Than War.

Brad Dawn (guitar), Thomas gaunt (bass) and drummer Louise Dawson play a mash-up of glam meets punk in a thrilling concoction of high energy pop, packed with powerful hooks and melodies, missing in so many of today’s breakthrough bands.

Legendary Manchester-based producer Mike Bennett, who we interviewed a couple of weeks ago here, has produced a series of high-quality tracks including the band’s first single Breakout, and glam covers: The Mixtures’ The Pushbike Song and The Sweet’s Teenage Rampage.

Breakout opens with a huge glam-crunching riff before accelerating away like a pack of wild glitter clad horses. It arches, twists and turns before settling into a thrilling glam-cum-punk groove. It’s an absolutely cracking track and I can’t wait to hear more originals from the band.

Since recording Breakout the band has been working on a number of high profile covers.  According to Manager Deborah Allen, The Pushbike Song is inspired by Boris Johnson encouraging everyone to get on their bikes! “A slice of neo-punk for the fast-food generation”.

“The band is engineered by Angus Wallace who drummed on Fat of the Land by Prodigy, and like Rendacium, avoids convenient categorisation whilst drawing influences from hardcore glam influence glam and garage bands like MC5, Stooges”.

With so much talent at such a young age (they are just 14/16) Rendacium has a very bright future indeed. Following the ending of lockdown I will be rooting them out to see live – and so should you! I will be playing Breakout on my Radio Alty show on Wednesday which starts at 9 pm.