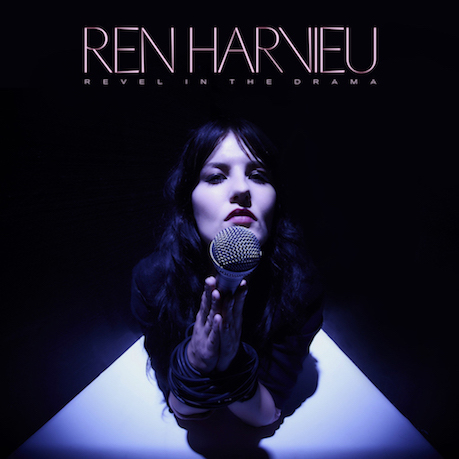 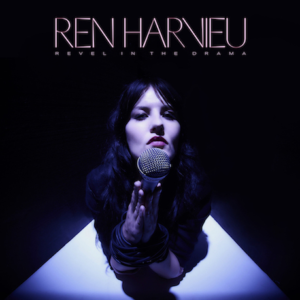 Revel In The Drama

Ren Harvieu returns after almost a decade in the wilderness with a lavishly orchestrated album of sexually charged torch songs paying homage to the big ballads of the Sixties. Tim Cooper listens and swoons.

You’ve got to wonder whether Ren Harvieu was born under a bad sign: if it wasn’t for bad luck, the Salford lass wouldn’t have had any luck at all.

Discovered at the age of only 17 after posting some self-penned songs on MySpace (remember MySpace!) she was all set for the big time when fate intervened. Back in 2011, Harvieu had a debut album in the can for Island Records, she’d toured with Glasvegas (remember Glasvegas!) and given a spellbinding performance on Later With Jools; she had a prominent spot lined up at Glastonbury and a studio booked for a duet with rap superstar Nas.

Then, while larking about with mates after a night out, she suffered a freak accident and broke her spine. Warned she might never walk again, the teenage Harvieu spent months in hospital. Mercifully, she recovered the use of her legs after two months – but her moment had passed.

The release of her debut album – Through The Night – was pushed back and despite commercial and critical success, and a spot in the BBC’s Sound of 2012 poll, she was dropped by her label, Island. It’s taken the best part of a decade for her to record and release the follow-up… just as fate has intervened again in the form of a worldwide shutdown of live music.

Like her debut, the aptly named second album Revel In The Drama is another sumptuous collection of lavishly orchestrated songs of love and loss. Reminiscent of the golden age of Sixties pop, it’s sung with passion and filled with melodrama – as you might expect from a former musical theatre performer and talent show contestant. Not that Harvieu is a ‘manufactured’ star: it’s just that, as a teenager, she did not yet have the confidence to sing her own material.

Her debut album’s songs were mostly written by a team of hired songwriters, including Howie Payne of The Stands and Dave McCabe of The Zutons, leaving her with a sense that she had more to give. “I did help write a few of the songs on that record, which I’m still very fond of,” she says now, “but I felt more of a mouthpiece for someone else’s talent, which eats away at you especially because I had so much to say lyrically I just hadn’t learnt how to as yet.”

This time she’s writing with Romeo Stodart of The Magic Numbers (who had emailed her after seeing her on that Later performance), collaborating on a set of deeply personal songs that channel some major changes in her life – a split from her long-term partner, and her manager, and even her beloved Salford. And it’s all the better for that.

Finally getting together in 2015, the pair spent the next two years co-writing: “I wasn’t in a massive hurry, because at last I was having fun,” Harvieu says. “We’d stay up all night drinking, dancing and playing music. I felt like I was re-discovering a girl who had been hidden, quietened. I’d tell Romeo I don’t just want to paint pretty pictures; I want to revel in the drama of my life – the good and the bad. Before, I was afraid to say something in my lyrics, but no longer. I felt free.”

But they’re no more than reference points, for while her debut displayed an element of pastiche, her vocal style has evolved and blossomed over the subsequent years. Harvieu’s lyrical confidence is evident throughout the album with her voice, alternately soaring and caressing, matched by her flirtatious personality.

From the album’s opening lyric “Let me put my paws on you” (Strange Thing) through to the predatory challenge “I’ve got some curves and some swerves / What you gonna do about it?” (Curves And Swerves), sexual tension rubs up against an aching vulnerability. One of many standouts is the almost conversational Teenage Mascara, oozing more sultry seduction: “Don’t it feel good to be had?” she sings. “Am I the best – the best – the best  you ever had?”

It’s stirring stuff, especially when combined with Harvieu’s vampish image, paying homage to the screen sirens of yesteryear as filtered through David Lynch, but there is more than mere seduction at work, in the tradition of a Hollywood femme fatale. Listened to with the knowledge of what she’s been through, the album is also a compelling diary of a struggle with self-belief, a release of pent-up tension and a celebration of liberation and survival. And, in its stirring torch song finale My Body She Is Alive, a new beginning.

All words by Tim Cooper. You can find more of Tim’s writing on Louder Than Warat his author’s archive. He is also on Twitter as @TimCooperES.