Home Music Reviews Album Reviews Why REM: Automatic For The People – 25th Anniversary Edition was the... 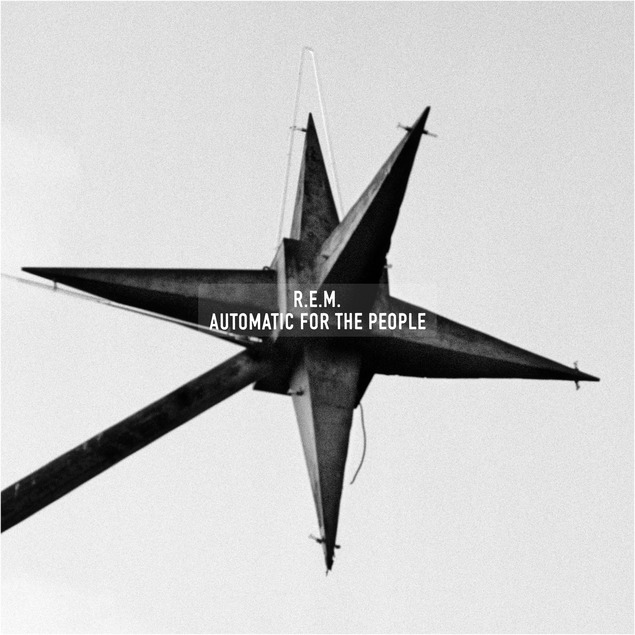 Automatic For The People

For those whose cultural references naturally stem from 1992, or whose retail prices index is instinctively tethered around that time (three pints, and still change out of a five-pound note), confronting the reality of Automatic For The People being 25 years old this year ought to have brought on a new furrow or two in vintage brows.

There may be ample new music to discover nowadays, from new or existing bands, but the chance to say, “Hello! How are you? I know you… I knew you,” to an old amigo like this album can be as refreshing for the soul as developing a contemporary crush through love at first sound. There are so many reasons why its return should be greeted with an almighty snog.

You probably listened to the original through terrible speakers or poxy headphones. You may even have done so from a cassette, and then through terrible speakers – possibly a cassette that you’d had to unpick from the inner workings of your stereo more than once. Many of us appreciated music back then, despite overcoming the sound quality being akin to Mark E. Smith shouting through a megaphone from behind a locked bank vault.

The four-CD version includes a Blu-ray disc with the songs in spanking new Dolby Atmos format (beyond surround sound) which probably sounds like Bill Berry is actually drumming in (on?) your cranium. Whatever format you obtain, turn it up and revel anew in the subtleties of Scott Litt’s production and John Paul Jones’ string arrangements. The live CD has their rocked-up version of Drive (more like the sound to come on Monster) and the CD of demos is a proper music nerds paradise, observing the genesis of the album – the highlight of which is Ignoreland’s forbear, Howler Monkey.

Twenty-five years ago, you may have been a daft, spotty Herbert, or a posturing misery-guts (basically just waiting for social media to exist), but you probably took the songs more on face value for the beautiful sonic achievements that they were. The essentially morbid subtext is frequently masked by the bounce or gusto of the songs. It may seem odd to suggest, but listening afresh with more worldly ears brings a deeper appreciation of the wisdom and melancholy that runs much deeper than the rather self-evident (yet moving) dour doo-wop of Everybody Hurts.

The album’s cynicism and existential gloom ought to be reassuring in the modern, political intellectual wilderness. To hear Michael Stipe sing, in coldly distorted vocals on Ignoreland, “I feel better having screamed,” at the Reagan and Bush administrations of ’81 onwards, we can realise that there have been loons in the White House in previous decades and we’re all still here. The same applies for Drive, with Stipe calling the US “Bush-whacked” over the dark sonics of Mike Mills’ guitar (plucked with a nickel for extra-ominous expression).

We who have suffered some of life’s more biting woes in the last quarter century can hear many of them in this record, but appreciate that often, “sweetness follows”. REM capture lost love (Star Me Kitten), death (Try Not To Breathe), state-sponsored lies (Man On The Moon) and repressed identity (Monty Got A Raw Deal).

Finally, the idea that time moves on, and that mortality is Automatic For The People, should be a mindful acknowledgement. Living in a state of constant denial/nostalgia, trying to outrun time’s wingèd chariot can be knackering and an aimless distraction, rather than just spending our hours and days properly living. “The ocean is the river’s goal,” says album closer, Find The River. Accept the fact. Don’t fight the current. Float happily downstream.

That the album ends with two water-borne songs shows how we ought to kick back and take the weight off our feet sometimes. Nightswimming has to be one of the best album-closing songs that doesn’t actually close an album. If it doesn’t make you want to get your kit off and jump in the nearest safe body of water, and if Deborah Workman’s oboe solo doesn’t confirm that the world is a beautiful place, then you haven’t evolved since 1992 and you don’t deserve to have a copy. Just crank Mudhoney back up and retreat behind your fringe.

Watch the video for Nightswimming here: