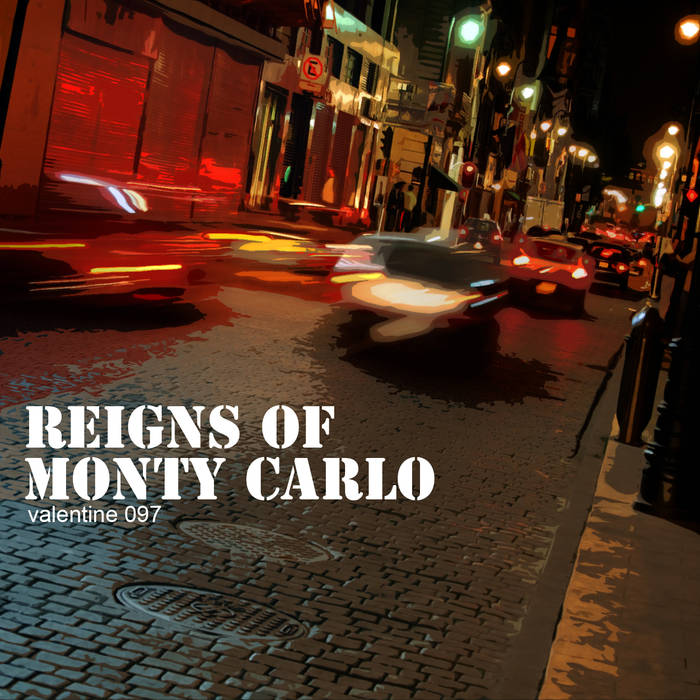 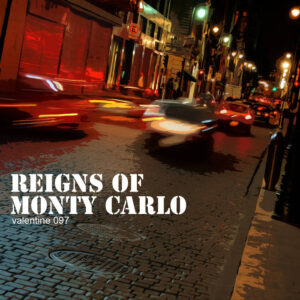 Music which meets the messed-up modern morality. Sounds like a damning statement, but this is something which could be seen as thrillingly true regarding ‘Sweet Dreams and Deceptions’, the latest immersive album from the solo project, Reigns of Monty Carlo.

With an impressive 11 tracks, the album was released on December 11th 2015 under resurgent Manchester record label Valentine Records. The title suggests a tempting blend of positive and negative and it is this theme the man behind the music, Paul Millsopp, explores. He opts for experimentation in both lyrics and genre in order to emphasize the ironic contrasts in which we live. Contradictions compose life, paradoxes perform time – all seem to fit as musical expressions. In ‘Sweet Dreams and Deceptions’ Millsopp’s sound does not shy away from working with contrasts, things which do not fit neatly together: which could be seen as an allusion to the state of modern morals. We live in a society where things don’t always fit. What matters is if we can feel for the rhythm in it.

‘Sweet Dreams and Deceptions’ is intelligent music clearly meant to be felt, something Millsopp seems to master early on. The first track, ‘Tell Me a Story’ opens with falling rain, rolled into a mood of mystery through slowly rising synths. It’s a process of easing us into the album, slow and yet seductive – even in the parts when it appears to fade to silence, little tunes still tinker on. I imagine strolling through a fantasy forest, thick with excitement and the weight of water.

‘Acoustics which turn the forest walk into a fleeting run’

This opening is an impressive variation from Millsopp’s typically fast, guitar based tracks and shows a real aptitude for mastering pace. ‘Turn of Night’ offers a more straightforward guitar rhythm and with gentle yet flowing acoustics which turn the forest walk into a fleeting run. Yet there is an air of threat to this track, told through the lyrics of ‘silhouettes against a dark blue sky’ – an emphasized intrusion of man into nature. We can walk through the forest, run through the fields; there is a key element of exploration here. But it’s a tale of two halves…

Exploration involves introspection; and this is a theme fuelled by Millsopp’s music. It’s echoed in his own musical journey from the awesomely awry guitars of his previous album with Valentine Records ‘This is a Hold Up’ – to now a more ambient, introspective feel. Self-exploration is about being honest with ourselves; revealing the internal darkness as well as light. After all that’s what living is, bizarre combinations of good and bad we just get on with, just as the juxtaposition of ‘Sweet Dreams and Deceptions’. Millsopp manages these contradictions with credibility, take ‘One for The Rats’ which despite the negative title is a track surprisingly upbeat in tone, topped with keyboard and crisp, clear vocals. It’s almost like a ballad of a broken relationship, a man addressing partner and their situation as ‘One For The Rats’. This dramatic dip into other styles and genres confirms Millsopp’s ability to deliver surprise and his maturation as an artist. Yet despite the outwardly optimistic tone, he still manages to weave-in an element of the unnerving. Crooning vocals offer the eerie chant of ‘some kind of nourishment’; conjuring up images of animals feeding on the collapse of human happiness. The inevitable and the irony of it – suffering sustains something else.

‘Exploration of the ironies of life’

Millsopp appears able to bring together upbeat sound with serious situations, again re-iterating the themes of exploration and introspection: honestly exploring the ups and downs of modern life. The album artwork fits well with this theme, a blur of traffic and colour; an everyday sight which invites responses both positive and negative alike. It’s an impressive attempt for his third album under the name ‘Reigns of Monty Carlo’ and certainly one of his most varied. The fifth track ‘Wanderlust’ is particularly striking with its acoustic yet anthemic qualities; bold vocals over confidently-struck chords. You can tell this was a track Millsopp enjoyed playing. It sounds like an anthem speaking of self-confidence, even though the lyrics linger over the frustrations of poor communication: ‘every time I wrote to you the paper tore’. The contrast between content and delivery again show Millsopp’s exploration of the ironies of life, and it’s the exploratory quality of his music which suggests we are perhaps best just accepting this.

After all, how many contrasts and contradictions is life composed of? In itself, one of the big contradictions on the album is the track ‘Half Dead Hatchet;’ a bizarre combination of hip-hop inspired rhythms rolled over with a blues vibe and acoustics. Millsopp even delivers lyrics as disturbing as ‘spilled out her blood on her young lover’s feet’ with the confidence and quick-fire of a rapper, managing to turn a chaotic subject into something catchy. It is this ability which is an indicator of an advancing musician, able to co-ordinate subject and sound. The fluctuations of voice do interrupt an overarching narrative however, so we think back through fragments rather than a clear course.

‘It inhabits the bizarre’

Yet the more I listen to this album, the more it seems to have an intentional fairy-story effect – not necessarily a negative thing. It inhabits the bizarre, taking us through strange moral landscapes, with threat never far away: good and bad mashed together.
And the album provides a bigger contrast than just lyrical content , as by the tracks ‘So Say We All’ and ‘Years of Fear’ there is an identifiable mood change in the sound of the songs altogether. More electronica and synths are involved, with the acoustic stripped-back. It’s almost like the first half of the EP is the ‘Sweet Dreams’ and after ‘So Say We All’, the dark ‘Deceptions’. If the album seems to start off in a forest, then by track 7 we are in an industrial estate. Yet this in itself is cleverly another way of Millsopp showing life’s contradictions – and what becomes evident over the course of a listen is that it is like being in a Grimm story; what is initially exciting can become frightening.

‘A journey from the unknown to artistic identity’

So the journey of ‘Sweet Dreams and Deceptions’ could seem like a kind of education as well as exploration. What we explore are the contradictions in life; the education regards how we react to them. By the end of the album we hear the beautifully varied voice of Millsopp’s which has carried us throughout the course, reacting in apparent anger through ‘Man in Black. ’ This is his most characteristic-sounding track, with his deep and twisted vocals and power-guitars; a far-cry from the harmonies of ‘One For The Rats’. So is this an indicator that album represents a journey from the unknown to artistic identity? It could well be, and it’s the ups-and-downs of sound which have clear parallels with the artistic journey, as well as the journey of life itself. Modern life is full of fluctuations, just like the sound of his album – but what Millsopp seems determined of all the way through is to invite us to reflect on them, just like children are invited to reflect on those creepy old fairy stories.

An old experiment or new social comment? You decide.

‘Sweet Dreams and Deceptions’ as well as previous work from Reigns of Monty Carlo can be found on Valentine Records’ Bandcamp. For more information you can also visit the label website.