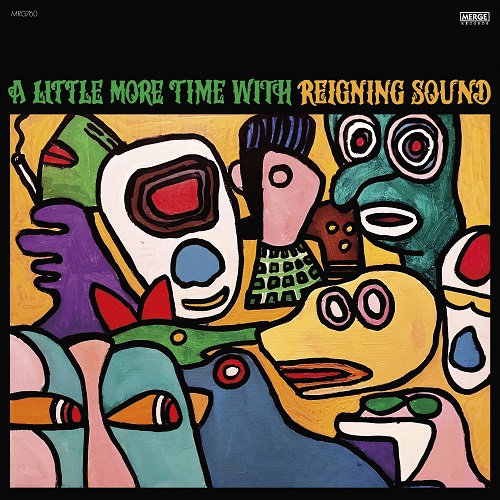 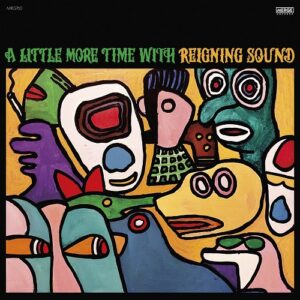 Greg Cartwright gets the original Memphis lineup of Reigning Sound back together for a soulful stripped-down garage album.

There are bands that constantly surpass the sum of their parts, encompass styles that shift within their chosen genres, stretch and flex to always keep swimming and keep the listener guessing. They are led by figures who see each project as a vehicle for their songs, always choosing the right canvas on which to paint. The garage world is full of such people and Greg Cartwright is one of them. With The Oblivians, alongside Jack Oblivian he crashed out chaotic garage punk that made the band one of the most prominent groups of the US underground scene. All the while there was also Compulsive Gamblers and if you haven’t heard their 2000 album Crystal Gazing Luck Amazing then you’re in for a treat. And finally, there’s Reigning Sound, always there to inject some soul into the mix.

On their new album, A Little More Time With…, they have foregone the buzzcutting crunch of their earlier albums like Too Much Guitar to create an album that hits a sweet spot between those garage soul and country sounds, something that comes out and shines all the more on the slower numbers like the title track. The lyrics glow with a pleading optimism. The song wanders through a hazy bliss, Cartwright’s voice soothing and full. It’s a wonderful song, the middle eight adding a gorgeous drop down, and an early highlight. There is a moment of pure beauty, a brushing of stripped-down Americana on I’ll Be Your Man. A Good Life goes even further with a great slide guitar line that drifts beneath the vocals.

When they kick things up, such as on their version of I Don’t Need That Kind Of Lovin’, they are back in Gamblers’ territory. It’s also there, although more held back, in the great opener Let’s Do It Again, brimming with the optimism that comes from the promise of returning to a better past. It shows that Memphis lineup truly at one again with each other, a feeling of intimacy like sitting with the band themselves as they knock out the tunes. Smokey soulful melodies and rhythms abound. Album closer On And On pushes the tuneful 60’s pop ballad vibe even more with glorious harmonies, all the while still moving neatly within the band’s style.

A Little More Time With… is a crystal clear and crisp record that glides effortlessly. Those hoping for the garage sound of Cartwright’s past may ultimately be left wanting, but, as we slip into the hazy summer days and warm nights, this album is the near-perfect soundtrack to a brighter future. It’s great to finally have some more time with Reigning Sound and, as they sing, let’s do it again real soon.