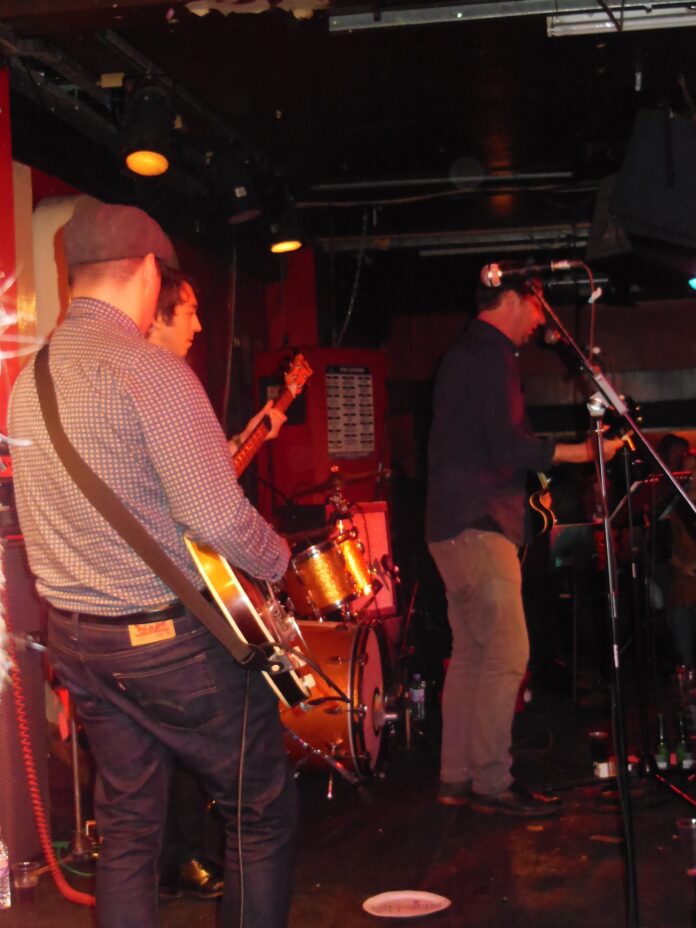 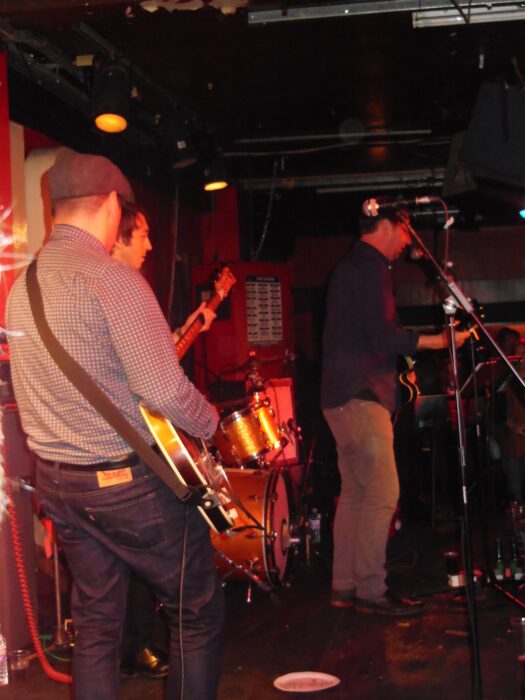 The Reigning Sound | The Number Ones | The Castillians

Following a last minute invitation by Nick Wheeldon, lead singer of Parisian Garage Rock combo Os Noctambulos (who’ve just released an excellent new 45 reviewed in the latest edition of Shindig), I made my way to Oxford Street’s coolest basement to witness a fine evening of Garage Rock put together by the good folks of Upset The Rhythm. The sight of a healthily packed 100 Club was a pleasure and you could feel that The Reigning Sound’s first London gig was quite an event for all the UK garage fans who had made their way to the legendary venue.

First on were Birmingham based trio The Castillans whose new LP “You and Me” is due for release next October. The band offers a nice mix of garage pop with bouncy bass lines. They have the particularity of having a drummer who sings lead ( when you hear the pace of the songs you realize the guy must have a pair of iron lungs…).  The evening has a tight schedule as all three band must fit in a 3 hour window so the second The Number Ones had just the time to set their gear up and plunge straight into their set. Based in Dublin the quartet display a style not too far removed from The Buzzcocks with some really catchy songs that stay glued in your head long after the gig. Their self titled first album was released in August 2014. With some songs lasting barely a minute a half you feel you’re back in 1977 (“it feels just like 1977” to quote the lead singer about the atmosphere at the 100 Club) when Wire was putting out thirty second tracks on Pink Flag. Some nice melodic bass work too by a bass player whose shirt would have received Robin Hithcock’s seal of approval. 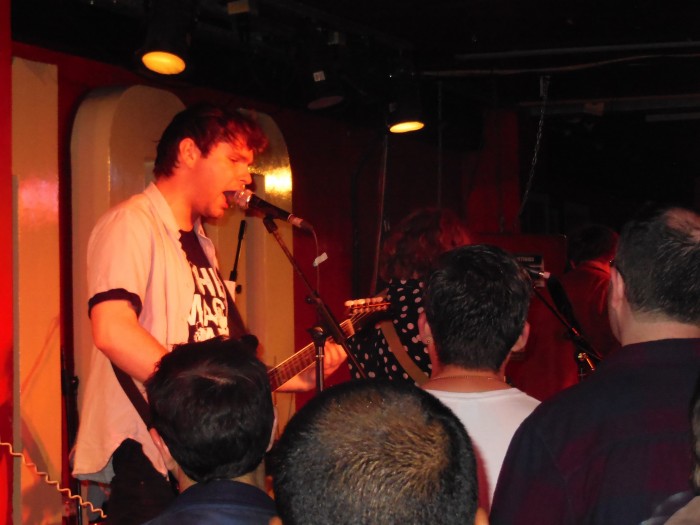 Now the room was really packed as The reigning Sound assembled their vintage gear on the stage. Without much fanfare, lead singer Greg Cartwright launched straight into Time Bomb Highschool which was followed by a rip-roaring version of Drowning from their classic LP “Too Much Guitar”. The “byrdsian” The Bells was followed by the “stonesy” Reptile Style, both proving that the band are a well oiled live unit with spot on harmony vocals courtesy of bass player Benny Trokan and guitar player Mike Catanese. Cartwright’s former band and side projects weren’t forgotten as they played Stop Think It Over by The Compulsive Gamblers (the best band name ever) and Bound to Let Me Down by The Parting Gifts (second best band name ever). I don’t know if Cartwright has been through a lot of heartbreak in his formative years but there’s a lot of stories of break-ups and misery in his songs. Whether it’s the full-on assault of We Repel (Each Other) or the already quoted Bound To Let Me Down, there’s a lot of darkness in there. Cartwright was born in Memphis and you could totally picture him hanging out with the crew at Fame studios in the mid sixties shooting the breeze with Dan Penn and jamming with Spooner Oldham. Cartwright’s vocals are what make the band, garage rock is unfortunately a genre where singing plays second fiddle and it’s a pleasure to hear such an accomplished singer fronting a garage combo, maybe his love of soul music made him try harder than his peers?

Cartwright finished the gig solo with the plaintive What Could I do. Purist to the end the band didn’t give up to pressure of an encore and left the London audience on that high note.

For more on The Reigning Sound you can check their official  Facebook and their page on the Merge website: www.mergerecords.com/reigning-sound.