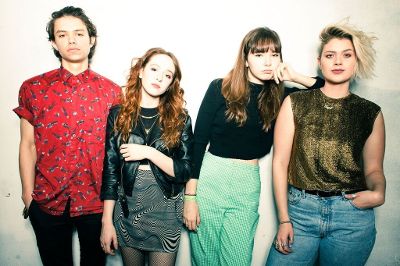 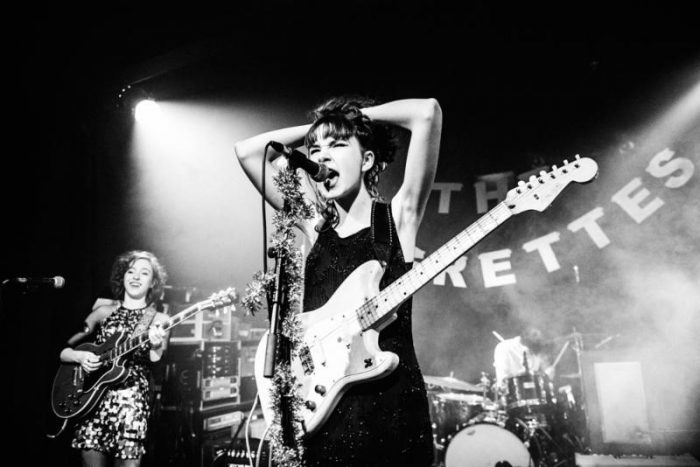 LA-based punk band The Regrettes have stirred up a  whirlwind with their exuberant and energetic garage pop-punk with the release of their debut album Feel Your Feelings, Fool earlier this year. With a UK tour supporting SWMRS, this autumn, we’ll be able to see up close and in person what this peppy four piece can do on stage.

The Regrettes have so far, with their bold infectious pop punk mixed with socially aware lyricism on their first album Feel Your Feelings, Fool,  shown that they are self-empowered, strident and certainly talented musicians. The past year has also seen them tour consistently with bands such as Sleigh Bells, Cherry Glazerr and The Frights.

With tracks such as A Living Human Girl offering up an introspective look at teenage anxiety, Seashore providing a scathing come back to those that dismiss based on gender and age as well as tracks on the system of patriarchy and social ‘normality’; it is fair to say the band are often labelled opinionated. However, The Regrettes lyrics scream candid rather than harridan (not that it would matter if that was their creative choice). Their heavy distorted take on 90’s riot girrl buzzy feedback blended with elements of garage rock and lo-fi 60’s surf do wop seems at times seems to intentional satirizing an expected perceived naivete; though it is just too well-constructed to fool for long.

The Regrettes lead by Lydia Night’s authoritative vocal snarl and matter of fact attitude draw you into their potent let loose musical environment. They collectively contribute to  a brisk assortment of musical pleasures; live they are quite likely to blow the roof off.

The Regrettes UK dates with SWMRS are as follows:

Tickets available for usual ticket retailers including through the bands official website and See Tickets. Some dates may be sold out check for wait list with retailers or directly with the venue in some cases.