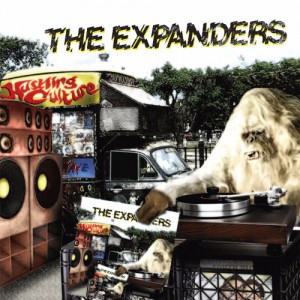 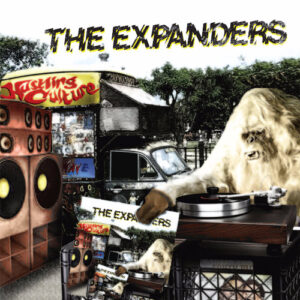 The sun is hot, we’re wearing our Bermuda shorts and it’s that season again when a bucket load of reggae releases seem to appear. Louder Than War’s Paul Scott-Bates listens to the best riddims and gives us his thoughts.

Newly signed to the legendary Easy Star record label, things are looking particularly good for The Expanders. Add to that their part as backing band for such reggae luminaries as Alton Ellis, The Maytones and The Wailing Souls and you can begin to understand why people are keeping an eye on the quartet.

Their charm seems to be very simple – good, roots-based reggae with uncomplicated backing and harmonies that combine to make some great reggae tunes. On Hustling Culture, their first release since the cover version album Old Time Something Come Back Again from Christmas 2012, they have assembled 12 original tracks, each one as worthy as the last.

What is particularly pleasing is their clear adoration of reggae greats like The Ethiopians, The Mighty Diamonds and The Gladiators, whom they cite as major influences, and how they manage to tuck in a few lovely acknowledgements and reggae tricks along the way.

The title track in particular has some adorable harmonies and Uptown Set has some of the most exquisite dub moments contained in the ‘normality’ of the backing – reverbs, voice echoes and bass solos are all squeezed in.

The quality of each tracks shines brightly and the taken for granted dubs, particularly on the extended 12” Version of Iron Throne must surely make way for a dub version of the album. 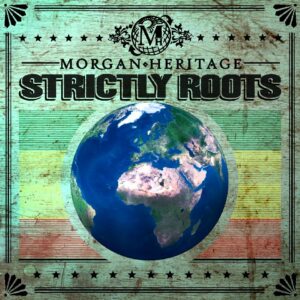 There really isn’t a need for Morgan Heritage to call their album Strictly Roots, it’s like AC/DC calling an album Heavy Metal or Michael Buble releasing Frank Sinatra Wannabe, particularly when there actually isn’t much that can actually be called strictly roots here. Added to this, telling the listener that the title track is that particular genre and exclaiming “this is reggae, this is reggae” on Light It Up really isn’t necessary.

That said, this collection of 13 tracks is actually of very good quality and provides some solid reggae pop and Dancehall throughout. The inclusion of several Dancehall tracks is perhaps epitomised in the appearance of Shaggy on final track Keep On Jammin’. It’s an entertaining piece of speedy reggae/pop-rock with a classic sounding reggae beat that’s more than likely destined for single release.

Morgan Heritage themselves really need little introduction. Often regarded as reggae royalty, the quintet are the children of the legendary Black Eagles founder, Denroy Morgan, and as such have the ability to attract the likes of current favourites Chronixx, Bobby Lee of SOJA and J Boog who adds a touch of modern day R&B to the proceedings.

Already a No. 1 album in the US iTunes Reggae Chart, there’s nothing particularly brilliant about the assemblage, but they rarely put a foot wrong in terms of song construction and memorable hooks.

Strictly Roots is a grower, and one which will need a couple of listens to start to appreciate its better moments. It does, however miss some good, solid ‘traditional’ reggae tunes and maybe a little dub here and there. Close, but no cigar. 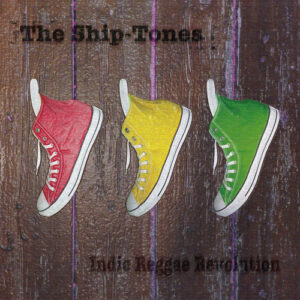 As the album title alludes, Indie Reggae Revolution isn’t your ordinary album. Leeds duo Chris Shipton and Chris Campbell have created an album of incredible foresight which is bordering on genius.

The premise is simple – take 10 indie tracks, use the original vocals and re-interpret the song as a reggae piece. Sounds bizarre, it is, but it works superbly. Shipton and Campbell have worked extensively in the world of reggae for over a decade and their absorption of the genre has now paid off.

With their heart in the live scene, The Ship-Tones have combined some of the best indie tracks of the last few years with entirely unique reggae instrumentation. Album opener, and the first single released back in December, is Dilemma featuring Edwyn Collins. One of many superb songs from his 2013 long player Understated, like all the songs on the album it sounds and feels like it’s always been a reggae track. With ska traces and a slow lazy approach it includes several lovely subtle dub touches and a wonderful brass section. There’s also a Mr Benn Mix of Dilemma which has to be heard to be believed.

We’re treated to some absolute corkers along the way – Ickle Shocks with Ricky Wilson (Little Shots – Kaiser Chiefs) is a contender for a future single, and Good For Me featuring Stephen Holt and Clint Boon (You’re So Good For Me – Inspiral Carpets) which was the B-side of Dilemma, sounds like a classic reggae track from the grand opening to the simply gorgeous keyboards.

The Cribs are represented on two tracks by the Jarman twins with Ryan on ‘Ari Kari (Hari Kari) and Gary on Jah Anna (Anna) and The Vaccines main man Justin Haywood Young contributes If You Wanna Reggae (If You Wanna) which is a dub-fest if ever there was one. He also provides Teenage Icon which, again, could rival the original.

With Stephen Malkmus taking a break from The Jicks on the rock-infused De Senator (Senator) and Jeffrey Lewis aiding the pop/folk reggae of Try It Again yet more songs are turned on their heads and re-invented as classy reggae versions.

Perhaps one of the most fascinating tracks is Moved Your Chair by Thabo. A cover of The Artic Monkeys from their Suck It And See assemblage, the leader of The Real Deal brings a quite stunning soul touch to an often harder sounding track. His voice is one of those quite amazing things that sends shivers down your spine.

The Ship-Tones have created something very special here, the least we can all do is take the time to listen.