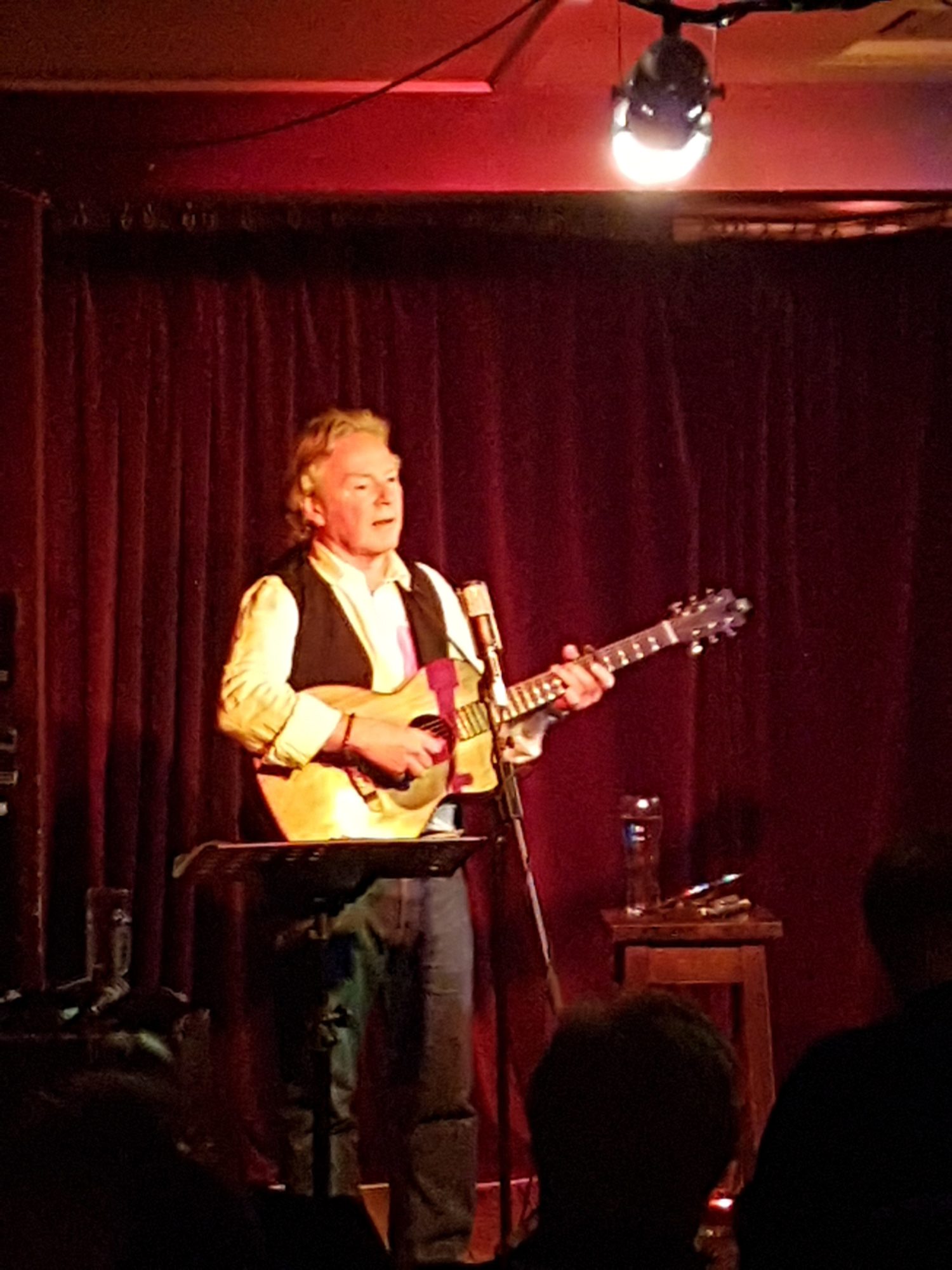 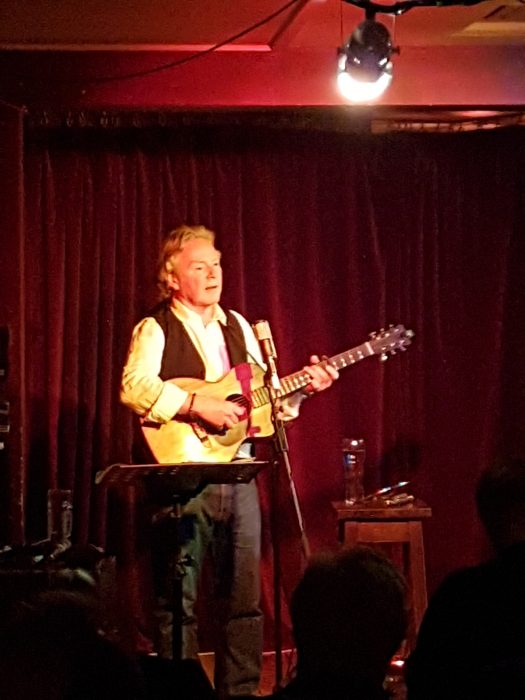 This show at The Green Note was the first occasion for Reg Meuross fans to hear the songs from his next LP scheduled to be released in June 2017. Louder Than War was also lucky enough to be able to interview Reg before the show to discuss his career, his new LP and his songwriting (soon to be published on the site). Reg is a regular visitor to the Green Note, the venue being the perfect setting for his intimate folk songs.

Wisely our host started the evening with two familiar songs, his ode to women: “Smarter Than Me” from his last album December and “My Name is London Town”. The new songs were mixed with in with the back catalogue rather than played in one block. The first one to be aired was the title track, charting the tragic deaths of people affected by the recent austerity measures imposed by the government, it is a rather harrowing listening experience but definitely makes you reflect on the current state of Britain. The next number “Leaving Alabama” saw Reg imagine a meeting between his two heroes : Hank Williams and Dylan Thomas while “Angel in a Blue Dress” is a paean to NHS workers who do their utmost to help people in tougher and tougher circumstances.

As per tradition with folk concerts, Reg took time between songs to recount stories about their creation, the story behind “Phil Ochs and Elvis Presley eating lunch at Morrisons” was worth the price of the admission ticket alone !!! The second set featured more new songs including “For Sophie (This Beautiful Day)” written about Sophie Scholl, a student executed for having been distributing anti-nazi pamphlets on the grounds of Munich University in 1943.”Refugee” was inspired by the story of Ahmad, a refugee from the Syrian conflict that Reg met last year at his concert at The Green Note. Keeping two of his bests songs tucked away upon his sleeve enabled Reg to finish the concert with a bang playing “England Green and England Grey” followed by the catchy “It’s Me or Elvis”. After a little persuasion, our host came back for a two song encore that included the love song “Jealous”. Based on tonight’s selection, “Faraway People” will be a fine addition to Reg’s discography.