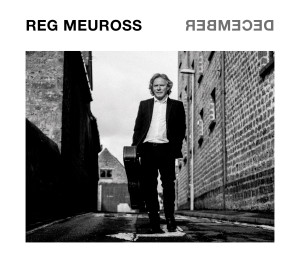 Reg Meuross: December (From The Whitehouse)

Finding inspiration in his newly refurbished Martin 1944, Reg Meuross comes up with a series of luminous songs that cement his place as one the UK’s best songwriters. Louder than War’s Craig Chaligne reviews.

2016’s sees Reg Meuross celebrate his 30th year as a professional musician and there is no better way to celebrate it than with a new album. This release sees the Somerset based musician go back to the basic approach of his first solo albums with just him and his guitar (a beautiful Martin 1944 that we have to thank for this new collection of songs). Recorded over two days on December the 3rd and 11th last year at Kitchen Floor Studio in White City, the record is a carefully crafted collection of tunes that if released 45 years ago would have placed Reg amongst the greatest of the singer-songwriter movement. Alas in this day and age of crassness, his affecting tunes don’t get on the main airwaves but for all those that will be brave enough to brave the diktat of modern radio and investigate “December”, they will be treated to what could be considered as Britain’s answer to the legendary Townes Van Zandt. The record starts with “When You Needed Me” where Reg’s assured picking and gentle voice accompany a tale of lost love and regrets. The sea shanty “Man in a Boat” is an instant folk classic while “The Day She Never Cried” is refined songwriting at its best, probably the aural equivalent of drinking a 20 year single malt whisky. Like his 1944’s Martin guitar, Reg’s song are carved out of fine wood, no fancy frills, just melodic tunes with finely written lyrics. “Smarter Than Me” with its harmonica intro sees a man reminisce about his shortcomings and his aspirations while “The Hands of a Woman” is Reg’s lover letter to the opposite sex. The force of a great singer songwriter is to be able to convey emotions through his songs even though he is singing about fictional characters and situations and Reg’s is definitely one of them.

Reg is currently on Tour: