A benefit show for the refugees in Calais sees Indie Rock luminaries take possession of The Borderline.

Organised by Mark McCafferty and his team to raise funds and awareness for The Worlwide Tribe, a charity that was put together to help out the refugees living in the Calais camp in Northern France They chose to put on a punk rock show as a way of raising money because it’s the music they love and it has a DIY ethos that has long been associated with progressive causes for change. They had assembled a nice line-up of bands culminating in a headline slot by the “semi-legendary” Wedding Present (David Gedge’s words not mine).  A raffle took place during each’s band change-overs (wouldn’t have minded winning that Cherry Red Creation box set….) 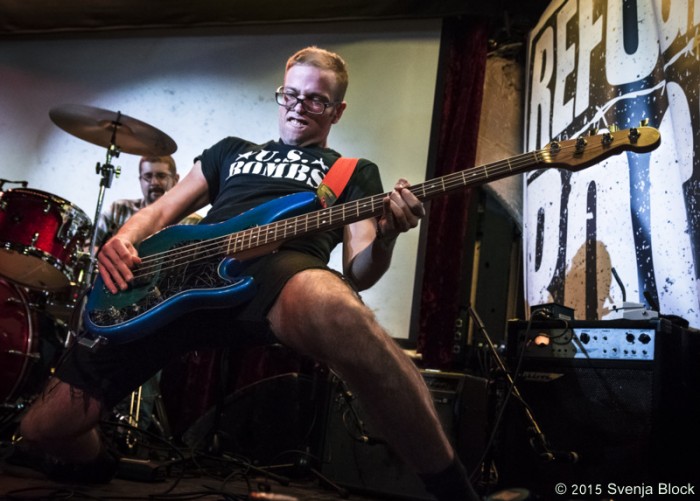 Due to the tube station being closed off at Euston, I missed the first few songs of SCANDINAVIA’s set and a regrettable thing it turned out to be as they had a rather good set of tunes and some excellent singing and intricate harmonies.  The band have been treading the boards for five years and have already put 3 LP’s (The Good Living, The Gods and Big Noise). Some interesting song structures and chord progressions that definitely set them a notch of above the competition in the power-pop genre (checkout their song “Silly Feet 2” from their “Big Noise” LP, you’ll be humming it for weeks afterwards). Second on the bill were Blackpool based duo TWIN GRAVES. Playing most of the gig as a bass and guitar duo with the help of drum and synth backing tracks, they ploughed a definite eighties sound but with some memorable tunes including their latest single “Divorce”. Zarah’s vocal performance on their song “No Future” reminded me a lot of Kate Bush. The third act was probably the most far out of the evening, MOTHLITE, one of the many projects of Daniel O’Sullivan (Ulver, Sunn O)))), saw him play a lengthy instrumental featuring recorded voices, loops, percussions and viola that contributed to create a sort of ebbing and flowing mantra drone that was most fascinating. 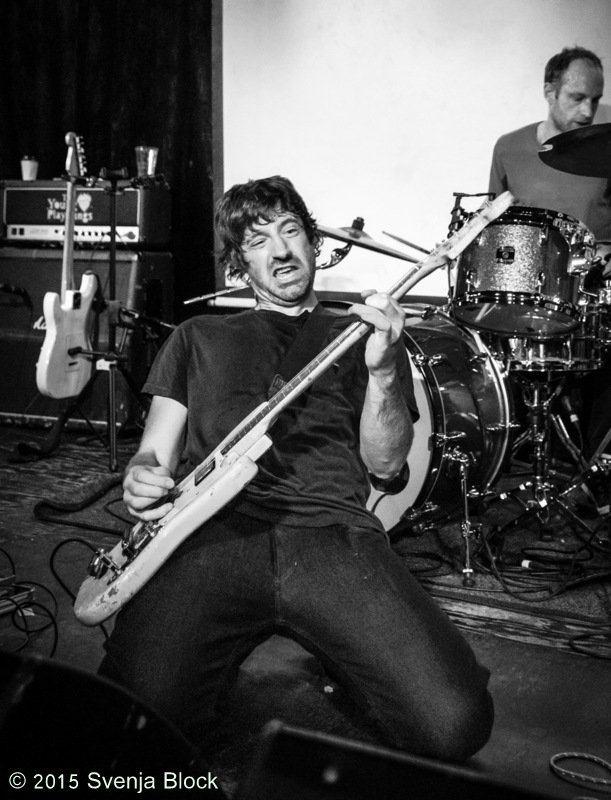 We stepped up a notch with MOWER’s first show in 12 years. Signed on Graham Coxon’s Transcopic label in 2001, the band imploded during the tour that followed the release of their second LP produced by Stephen Street. Decribed by Mark Radcliffe as “The new millennium Kinks on speed!!!”, the band definitely relished the opportunity to tread the boards again after such a long absence. Guitarist Mat Motte and bass player Nash Trevelyan (both sporting Fender Mustangs) spent the gig gently ribbing each other. Mat must have needed an oxygen shot by the time he finished the gig but his enthusiasm during the proceedings was absolutely contagious, a massive leap into the audience certainly had a few hearts racing in the front row. Next up on the stage were Jasmine and Nils O’Hara from the Worldwide Tribe association towards which the funds from Refugee Rock are destined to go to. Presenting their efforts to raise money and goods to help the refugees in the “jungle” camp in Calais, they shared memories from their first few tentative steps to the fantastic result that they have now attained. They didn’t fall in trap of politicising their speech and preferred to stick to the facts and share anecdotes about their numerous visits to Calais and other refugee areas in Europe. They also showed some footage of the documentary on Calais they are putting together and that will be released very soon. A real inspirational story which added to the fact that they have also welcomed a refugee in their family home shows that individuals can sometimes succeed where governments fail to. 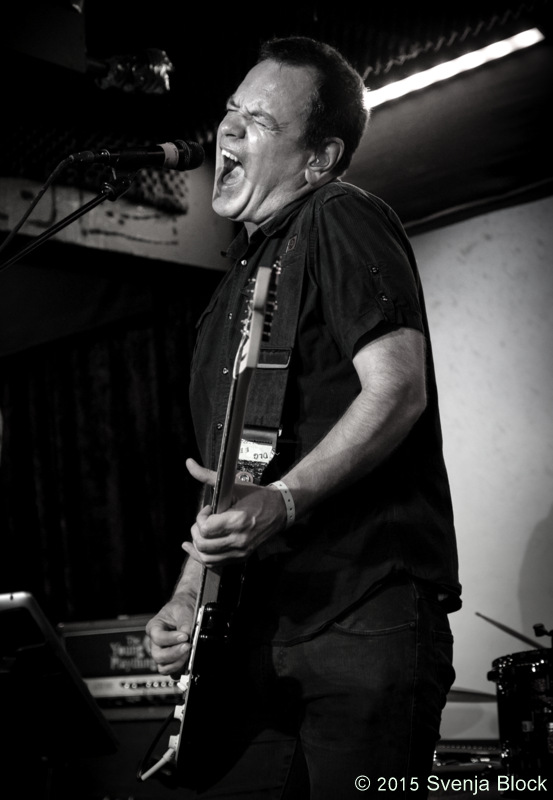 After another round of raffle it was back to the music with USA NAILS. Launching a full sonic assault on The Borderline’s audience with a steamroller of a set where the band took no prisoners (unusual (in a good way) choice of instruments, singer Steven sporting an Epiphone 335 and guitarist Gareth an Airline Sidejack). Steven’s deadpan sense of humour really hit home with the audience. It was the bands last date of a week touring Europe and it showed in the tightness of their performance. The final raffle round took place and it was soon time for The Wedding Present’s set. Having seen them two months ago at The Indie Daze festival, it was nice to see them in a smaller venue. Their 13 song set covered quite a few bases with tunes from “George Best”,”Bizarro” and “Seamonsters”, the band suffered a bit from the heat in the venue and David Gedge’s Ipad kept having issues. Despite this couple of setbacks, the band played a really good set with a particularly great version of “Flying Saucer”.