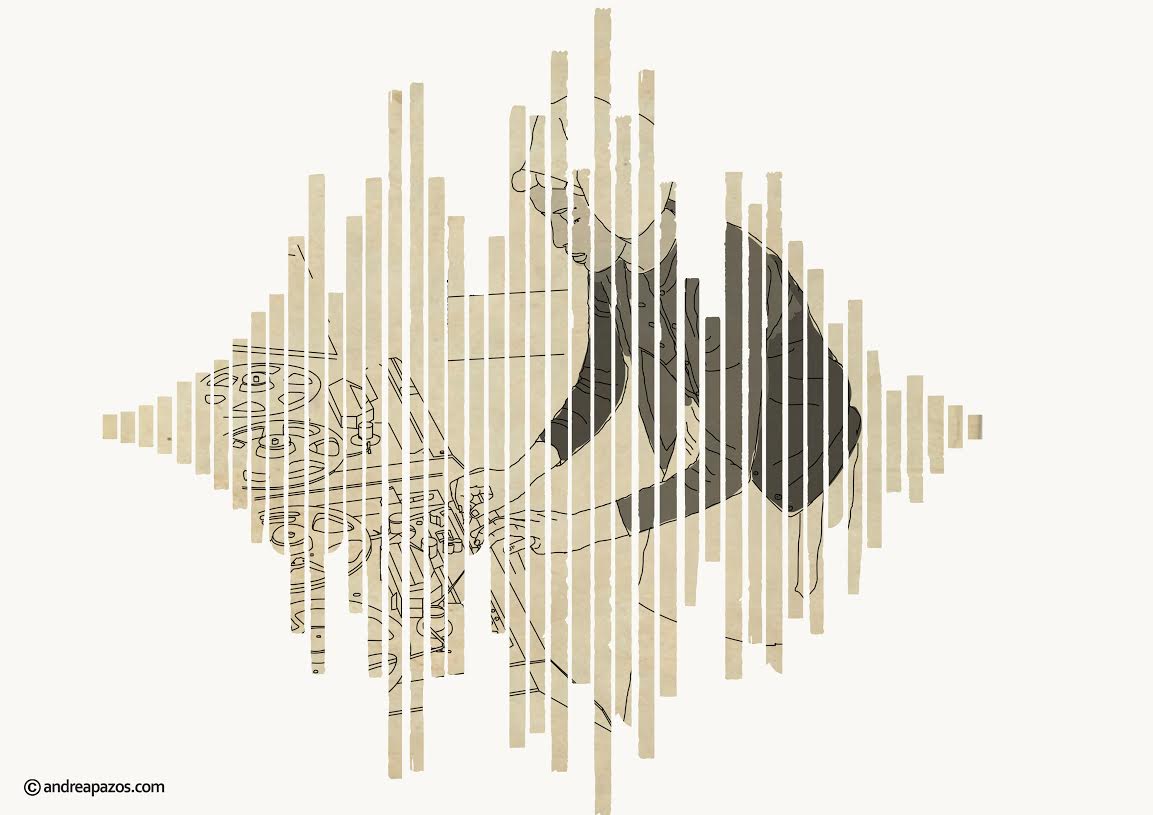 Now more than ever Women are making massive movements at the forefront of the arts in Manchester.

Delia Derbyshire Day celebrations have recently taken place and an upcoming event is ‘Wonder Women’, Manchester’s yearly feminist festival. It’s important too that women’s efforts are being more actively acknowledged; for example a recent competition announced that the next statue to be assembled in the city will be of the suffragist and prominent female rights campaigner Emmeline Pankhurst. But where does this relate to music and the arts you may ask?

The nineteenth and twentieth century female rights activity of people like Pankhurst in Manchester expressed an articulate anger as well as action; something which is so striking in the female-led music forged in the city now. I want to use the examples of Delia Derbyshire Day and the upcoming ‘Wonder Women’ events in March to highlight what is a particularly forceful area with big involvement at the moment – women working on music in Manchester. Although Derbyshire clearly wasn’t from here, and worked a lot of her life in London, her legacy speaks volumes in this city; as she developed her own instruments and sound with no regard for gendered ‘convention’, just like so many Mancs today.

I am writing this piece shortly after Delia Derbyshire Day 2016 celebrations; a series of events commemorating a fascinating woman who did touch the North in the 1940’s following the Coventry Blitz. Although she went onto study at Cambridge and work for the BBC as a pioneer of radiophonics, Derbyshire’s distinctly electric influence has had a clear impact here and in the wider imagination; after all, she’s a crucial talent behind the much-loved Doctor Who Soundtrack! Plus many current female artists in Manchester cite her as a big influence – especially in terms of opening up the electronic genre. After graduating in Mathematics and Music, Derbyshire went on to become a known maverick with sound, experimenting with electronic scores and turning the tables on gender expectations, working on big roles at the BBC. Hence that DD Day is hosted at Manchester’s flagship arts venue HOME could show her legacy as all that is alive in a city’s music – determined not to separate sex, but celebrate it, through sound.

Women’s music to watch out for, now

There are a number of examples of active female musicians in Manchester following in the footsteps of Derbyshire and determined to record the music they want.

A prime example of a band inspired, bursting with feisty female celebration is ‘Ill’, a four piece from the city itself who use noisepop to push personal and political messages. There is no elaborate ‘arrangement’; in place – these are women who use music in a frank, unflinching fashion, resulting in provocative punkishness much for the present day. Expect vamped-up volume from vibrators on stage, sordid sneers on the government and an entire creative catalogue they have come up with themselves; including own artwork and satisfyingly strange music videos. Like Derbyshire’s legacy, these are women turning their talents to various avenues of the artist – after all Derbyshire was known for her creepy and creative soundwork in theatre and cinema, as well as music. Music which matters cuts across genres and society too. The recent ‘Ill Song’ can be heard as screaming send-up of NHS privatisation, and ‘Ill’ are especially profound as they play on a similar irony in exploring the stereotypes still served up to female artists. Their ‘Housewives Trilogy’ is a blisteringly brilliant examination of roles rolled out to women: now spat back out in catchy content. Rather than hate, Harri Shanahan, Whitney Bluzma, Fiona Ledgard and Sadie Noble know that power is gained though what we create. As Fiona reflects:

“It feels great to be a woman making music in Manchester at the moment. ILL have been going since 2012 and we are eternally grateful to so many music lovers of all ages and all kinds of people, promoters and other bands for their ongoing support. For the most part we are well received, but still, some men feel uncomfortable with women taking up space and making noise. It is important to remember that we have experienced subtle and explicit misogyny. For instance a sound engineer once asked if we’re all sleeping with each other.”

Fortunately, it is thanks to their determination to defy gender ‘expectation’ as well as embrace the latest technologies and techniques, which highlights Ill as following on from the inspiration of women like Delia Derbyshire. She is relevant figure to recording artists right now, as Fiona adds “I love watching Delia Derbyshire related videos on the Internet. She talks so eloquently about making music and she was so ahead of her time. I also like the fact that she used to hear sounds in her mind when cycling. Apparently she used to jot the ideas down when she got home. I think this is beautiful.”

To return to Delia Derbyshire’s work and the influence of her career, what is crucial is that it was progressive – in both senses – hence why her music seems to have a had a powerful political effect in the city right now, and not just ‘Ill’. Derbyshire took her rejection from Decca Records back in 1960 due to the fact that she was a woman, to forge forward in a creative career which included teaching piano to the British Consul General’s Children, helping with the Doctor Who soundtrack and even playing a part in the 1966 Million Volt Light and Sound Rave. Her determination not to be limited by categories of age and gender is clear; something which I have heard recently in the work of Josey Marina. Josey is an 18 year old singer-songwriter based in the city who is busy recording a new EP, a sequel to her stunning ‘Tired Sun’ of 2013. Other active artists include Mr Heart, a simmering Salford-based three piece of Tamsin A on guitar and vocals, bass mastered by Amy Spray and Helden Suxy on drums. They are known for their hard-hitting tracks which tackle female patronisation through musical animation. Their first 2016 show with Scruff of the Neck Records will be held at The Star and Garter on the 20th February.

There is so much to women’s music in Manchester and much of it is home-grown. It could seen as appropriate then that the upcoming ‘wonder women’ events will be occupying some of the city’s key creative spaces, with music. Prospects include performance pieces at Manchester Art Gallery as well as The Soup Kitchen; the Northern-Quarter Bar which features a number of cutting edge female artists amongst its live acts.

DD Day is striking too as it commissions a number of up-and-coming artists in itself; therefore supporting new female talent, with funding from Arts Council England, The Granada Foundation and the University of Manchester. A real mixture of artists took to the stage at HOME on 17th January 2016 in a collaborative commemoration, including organiser and electronic artist Caro C, The Architects of Rosslyn and visual performer Mary Stark; often pulling on pieces of The Delia Derbyshire Archive which is based at The John Ryland’s Library. As this is a period just leading into National Storytelling Week it seems even more appropriate to get to grips with the sound and story behind Delia Derbyshire and how her work as a female artist has inspired so many today. She was clearly a pioneer pushing women to get involved in a variety of expression, not just music, as the ‘Visual’ theme of this year’s DD Day indicated. For example Manchester-based composer Mandy Wigby and self-confessed ‘movician’ Di Maidstone honoured this through producing a live soundtrack for a 17 minute series of film detailing Derbyshire’s life.

Female is a force in this city 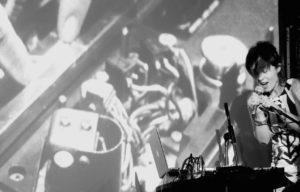 It is clear that the legacy of creative women, as well as number of lined-up events, show Manchester in celebration of female music. And these are artists who don’t just gain recognition for a day, but are forging forward through years of careful work. Take Rose and The Diamond Hand, a band fronted by a female vocalist, bringing expressive lyrics together with bold bass and a gothic-tinge. Women and men are bringing together great sounds.

For what is evident about this music is that it does not have an unfair exclusivity to it – the music of the women of Manchester is largely inclusive, accessible and open. It isn’t against men or about driving barriers between gender; it so much more an indication that women don’t want to be the ‘token female in a band’ any more. Instead, as ‘Wonder Women’ highlights and as Delia Derbyshire did, there are so many taking it in their stride; from the electronic engineering of Caro C, to the energetic pop-rock of PINS. Why not listen to some for yourself?